Spider-Man’s future in the Marvel Cinematic Universe is full to the brim with possibilities. Following the unfathomable success of Spider-Man: No Way Home, Peter Parker faces the only question for a hero on top of the world: where does he go from here? In each of the web-head’s MCU installments, Peter has collaborated with other resident heroes of the universe to see to it that said universe carries on.

RELATED: Every Time Spider-Man Fought Dr. Octopus In The Comics (In Chronological Order)

Homecoming features the Tony Stark training wheels; Far From Home has him called on by SHIELD, and NWH sees him go wild with the wizardry of Doctor Strange. Seeing Spider-Man in a proper solo flick, without these MCU ancillaries, is a valid argument to make as the character is effectively erased from the history of the universe. However, should things return to normal, Spider-Man has plenty of chemistry with past, present, and future MCU heroes to warrant another team-up.

Deadpool’s arrival in the MCU is assured, with some even speculating that he may first appear in Doctor Strange in the Multiverse of Madness. Whether the Merc with a Mouth arrives via the dimension-splitting antics of that film remains to be seen; however, he should ABSOLUTELY cross paths with Spider-Man once he shows up. Ryan Reynolds and Tom Holland are both beloved stars with great senses of humor, and the former was leaning into the character’s pansexuality for Deadpool 2 leading up to Disney’s acquisition of the property. It seems a natural character arc for him and could be an interesting path for Holland’s Peter to go down given his newfound anonymity. Regardless of the characters’ flirtation on-screen, comic fans will be overjoyed to see the two work together given their nearly polar opposite moral compasses and the precedent in the source material.

Guardians of the Galaxy Vol. 3 marks the final in James Gunn’s trilogy of the spacefaring pirates. It’s unclear how the story will wrap up but it’s distinctly possible that the Guardians may be no more afterward. If Star-Lord is still standing, he may be without a group to lead and in desperate need of self-worth.

He can find it back on his home planet of Earth alongside Peter Parker, giving Holland and Star-Lord actor Chris Pratt the opportunity to essentially do a buddy-comedy for the ages. Kevin Feige has demonstrated his willingness to experiment with the genre in the MCU and the possibility of a proper throwback to this Hollywood trend may be too much for him to resist.

Along the same lines as Star-Lord, a film focusing on a partnership between Paul Rudd’s Ant-Man and Holland’s Spider-Man is undoubtedly a comedic movie. Not to say both aren’t capable dramatic actors, but their characters within the MCU lend themselves greatly to laughs. Scott Lang is just a normal guy with extraordinary technology while Spider-Man is a normal guy with extraordinary powers. This parallel lends itself well to another buddy-comedy, but could also add a parental element to it. After all, Lang must now deal with the fact that his daughter is nearly an adult, perhaps ironing out some of the wrinkles in his parenting with the similar-in-age Peter Parker. The imagery of Lang’s Giant-Man approaching enemies with Spider-man on his shoulder would be cinematic gold.

7 Spider-Man & Thor Could Discover Their Purposes Together

Peter Parker is no longer known … but the exact parameters of Strange’s spell are unclear. Did it affect everyone in the universe or just everyone on Earth? “The entire world is about to forget that Peter Parker is Spider-Man. “As in, Earth or the whole of reality. The consequences of NWH will be fleshed out in further films, but in the meantime, it’s quite possible that only the inhabitants of Earth forgot him.

RELATED: The 10 Most Important Comics That Inspired The Spider-Man Movies

That leaves the possibility for a team-up with Thor, fresh off his own partnership with the Guardians of the Galaxy (via Thor: Love and Thunder). Thor is no longer King (and potentially not even the God of Thunder anymore), and Peter is no longer Spider-Man. Therefore, the journey to discover their place in the universe may help the former to properly come to grips with the events of Infinity War spirit Endgame. Less a parental relationship than a brotherly one, Spider-Man and Thor would also return Peter to space and may induce some PTSD-like symptoms for him to confront (given his fate last time he was among the stars).

The chemistry of MCU performers in real life often translates well to their respective characters on screen. For viewers that have glimpsed the banter between Anthony Mackie and Holland in press junkets, a pairing of Spider-Man with the newly-minted Captain America would make for a fun adventure set stateside. Further, the dichotomy of Sam Wilson and Peter Parker’s experiences growing up in America may be mined for some timely social commentary on privilege and race in the country. How is Sam’s Captain America different from Steve Rogers’, and how much does the reality of the African-American experience impact what he stands for? It may even be a perfect opportunity to introduce what Electro alluded to in NWH: Miles Morales.

Peter Parker must pass on the mantle of Spider-Man eventually, and the MCU has dropped multiple hints about his successor being the hugely-popular Miles Morales. Should Spidey manage to come together with Sam Wilson and engage in a poignant narrative on race in America, Miles would certainly provide another example to enlighten Peter.

RELATED: Every Time Spider-Man Fought Morbius In The Comics (In Chronological Order)

However, simply introducing Miles along with his uncle Aaron Davis (hopefully played again by Donald Glover) taking up the Prowler mantle, and his nephew seeking leadership from his mentor, Peter would suffice. Since Holland’s Spider-Man has largely been seen as the “kid” of the MCU, this would provide the actor a new avenue to experiment with in his most iconic role.

One of the charms of Shang-Chi and the Legend of the Ten Rings is its relative independence from the rest of the MCU. Brief appearances by the Abomination and Wong, as well as Trevor Slattery’s humorous role, clearly place the film in the universe, but its titular hero is a newcomer. Now established as a force of great potential, Shang-Chi can begin to establish more of a presence on the big stage. A meeting with Spider-Man – potentially even leading to a globetrotting adventure to Ta-Lo and a dive into the potential spirituality of Peter Parker – would be something new for cinema fans. Plus, Simu Liu trolled MCU fans when he confirmed (without being asked) that he wasn’t in NWH, amidst vast amounts of speculation regarding what characters might drop by. This would bring it full circle by actually putting him in a Spider-Man movie.

Holland’s Spider-Man first swung onto the scene opposing other heroes, and he would not come across his first proper villain until Homecoming. This foe is Adrian Toomes (aka the Vulture) played menacingly by veteran actor Michael Keaton, and the personal connection cultivated between these versions of the characters adds a compelling element that leaves fans praying for Vulture’s return. His role in the upcoming Morbius is decidedly unclear, thanks to the murky continuity surrounding Sony’s burgeoning Spider-Man universe. No matter his role, there lies in the comics a tradition that nearly every hero experiences at one point or another: they must work with one (or some) of their rogues’ gallery to accomplish a seemingly insurmountable task. This not only brings about a new understanding between the characters but may even result in redemption for said villains. Seeing Keaton’s Vulture get this treatment for the big screen would be terrific, making for a Spider-Man heist film that potentially sees the two working together to steal dangerous technology.

2 Spider-Man Could Humanize The Eternals

A common critique of Eternals is the generally cold nature of the entire film. The natural scenery helps to ground the superhuman actions being done, but the performances are noticeably aloof. This is partly explained in the story; after all, the titular Eternals are godlike beings that wrestle with concerns far above the petty squabbles of mankind.

Therefore, it makes sense that they’d be odd in that regard. Regardless, throwing an excitable presence like Peter Parker into the mix would make for some funny scenes and may even work to ground the Eternals themselves. More opportunities for humor and vulnerability go a long way in endearing these characters to audiences.

1 Spider-Man Could Utilize His Technological Knowledge With Vision

Vision is aware of Spider-Man, thanks to the events of Captain America: Civil War. Additionally, White Vision has his memories restored during the series finale of WandaVision. On the other hand, Spider-Man has just had his existence erased from everyone’s mind. Similar to the aforementioned peculiarities regarding Strange’s spell, Vision should be exempt from this mind-wipe, it may be only natural that Peter seeks his assistance in whatever obstacle he faces next. He even has some experience with the multiverse – a concept White Vision may very well soon be wrestling with thanks to his wife’s role in MoM. Peter is also a gifted engineer and can make any piece of technology his own, much like Iron Man used to do. Giving White Vision an opportunity to be a parental figure would again add more depth to Peter’s role. The possibilities with Spider-Man’s partnership with White Vision, much like those with a lot of other MCU characters, remain as infinite as the multiverse he helped crack open.

NEXT: Every Time Spider-Man Fought Norman Osborn In The Comics (In Chronological Order) 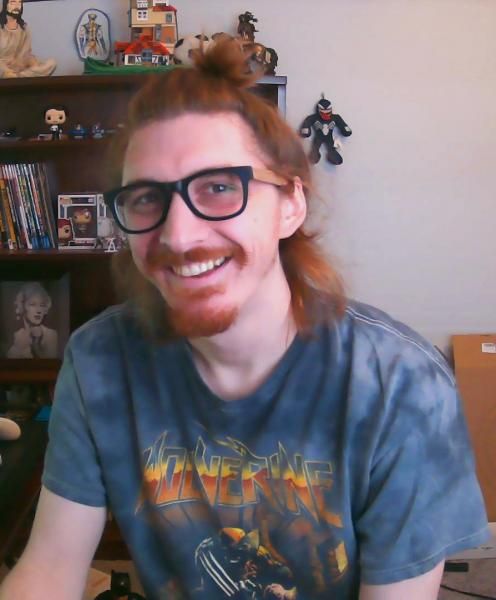 Ben Saffle, also known as StoryGuy, is a content creator, educator, and writer based in Oregon. Originally from Texas, Ben had big dreams of telling stories for a living, undoubtedly inspired by those told to him. He developed a love for superhero fiction and continues to immerse himself in the tales to astonish. His favorite character is Wolverine, finding a similar spirit in the “gaijin” mutant. Subscribe to his YouTube channel at StoryGuy for engrossing, thoughtful takes on superheroes.