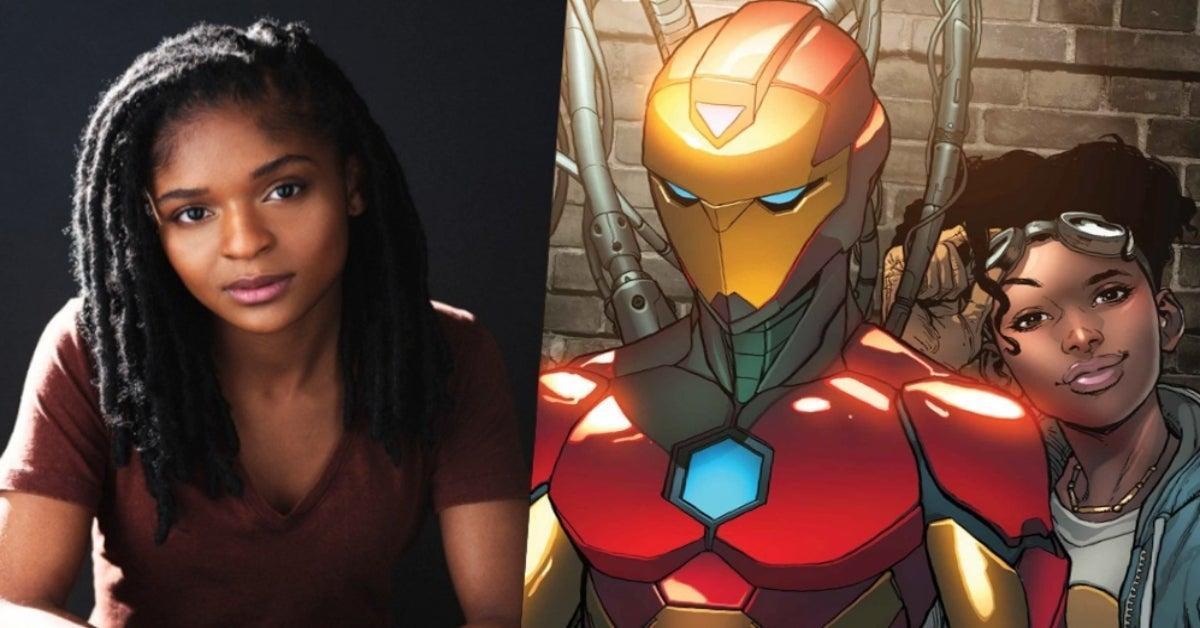 Ironheart star Dominique Thorne has wrapped filming on Black Panther 2. Thorne, who will debut Riri Williams / Ironheart in Black Panther: Wakanda Forever, took to her Instagram story over the weekend to share that she had officially wrapped up on the film writing “And that is a picture wrap on Riri Williams. God is so good. See y’all in November.” (via CBR). It was confirmed last August that Thorne would make her debut as Riri Williams in the Black Panther sequel ahead of the arrival of her own Disney + series, Ironheart.

Last year, set photos for Black Panther: Wakanda Forever teased the film’s set up for Riri Williams’ MCU introduction. In the photos, a series of vehicles were being transported into Worchester, Massachusetts featuring “Cambridge” labeling. Cambridge, Massachusetts is the location of the Massachusetts Institute of Technology which is the school that Riri attends while building the Ironheart suit. Thorne was also later spotted on the film’s set.

Black Panther: Wakanda Forever is a sequel to 2018’s Black Panther, which starred the late Chadwick Boseman as T’Challa / Black Panther. Following Boseman’s passing in 2020, the film’s story was restructured as Marvel was clear that they would not recast the role.

“No. There’s only one Chadwick, and he’s not with us,” Marvel Studios executive Victor Alonso shared elsewhere of Marvel’s future Black Panther plans. “Our king, unfortunately, has died in real life, not just in fiction, and we are taking a little time to see how we return to history and what we do to honor this chapter of what has happened to us that was so unexpected, so painful, so terrible, really. “

As for Ironheart, it was recently announced that In the Heights star Anthony Ramos has been cast in a “key role” in the upcoming Disney + series and while details of his role are being kept a closely guarded secret, there is speculation that Ramos has been cast as the series’ villain. When Deadline originally broke the casting news, the outlet compared Ramos’ casting to that of Jonathan Majors first appearing as He Who Remains / Kang the Conqueror variant in Loki before becoming the main villain in Ant-Man and the Wasp: Quantumania.

Black Panther: Wakanda Forever is set to open in theaters on November 11th.