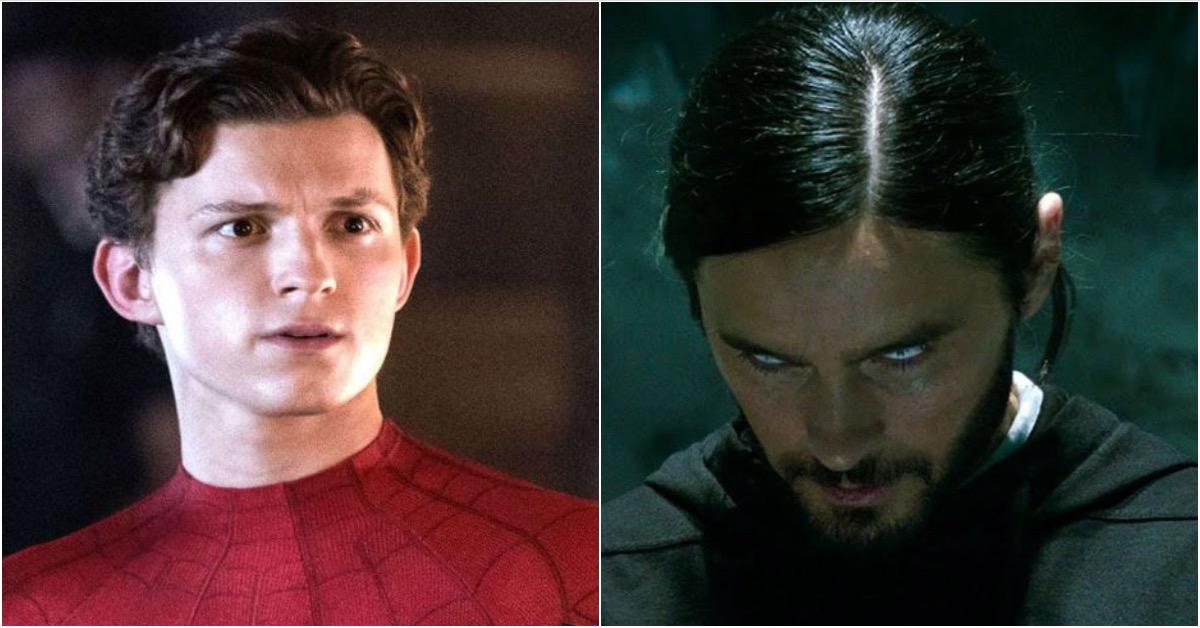 Morbius star Jared Leto is ready to sink his teeth into a crossover with Tom Holland’s Spider-Man. Set in Sony’s Spider-Man Universe, the spinoff stars Leto as Dr. Michael Morbius, whose attempt to cure himself of a rare blood disease transforms into his curse. After trailers for Morbius revealed a wall-crawler “cameo” – a wanted poster referencing the events of Spider-Man: Far From Home – will Spider-Man swing into the SSU? Here’s what Leto had to say when asked about a Holland Spider-Man cameo or crossover in Morbius:

“I’ll tell you, I would love to get in the ring with Spider-Man,” Leto told Entertainment Tonight at the Critics Choice Awards. “I think Tom Holland is amazing, and we’d make quite a dynamic duo.”

Leto seemed to hint at a future franchise crossover while promoting Morbius at Brazil’s CCXP convention, saying in December, “If you’ve seen the last Spider-Man: No Way Home trailer, you know the multiverse has officially opened. There’s all kinds of opportunities for villains to meet up and maybe nurture their more sinister intents. “

In the Marvel comic books, the Spider-Man enemy is sometimes depicted as an anti-hero. Holland previously revealed he’s interested in a Spider-Man vs. Morbius movie, count Rotten Tomatoes“I actually think the Morbius film looks really cool. And it’s more scary, that film. I think it could be quite a cool thing… Spider-Man versus a vampire. “

One of Marvel’s most compelling and conflicted characters comes to the big screen as Oscar winner Jared Leto transforms into the enigmatic antihero, Michael Morbius. Dangerously ill with a rare blood disorder, and determined to save others suffering his same fate, Dr. Morbius attempts a desperate gamble. What at first appears to be a radical success soon reveals itself to be a remedy potentially worse than the disease.