In a move that seemed inevitable, the Marvel TV shows co-created with Netflix have finally moved to Disney +, but some parent groups are upset. Or at least they seem to be. The objection, it seems, is that Daredevil, Jessica Jones, Luke Cage, Iron Fist, Punisher spirit Defenders are the first TV-MA content on Disney + in the US. Up until now, Hulu has been the home for the more adult-themed Disney shows and movies. Yet, because these shows are peak Marvel television with passionate fanbases, it makes sense Disney would want to bring these series home. Of course, we live in the future. It has never been easier for parents to control what their kids see on TV and other screens. So, what’s the big deal about the Marvel Netflix TV shows, and are parents really up-in-arms about these comic book shows coming to Disney +?

Before we go on, it should be said that these series are indeed rated TV-MA for sexual situations and violence. The Marvel Studios films are all rated PG-13, and while mostly sexless they are not devoid of violence. Still, they are the type of movies that parents watch with kids, and there is nothing that graphic. The Marvel Netflix TV shows, however, are significantly more graphic than probably anything else on Disney +. These shows aren’t for young children, and for some parents even 13 or 14 might be “too young” for these shows. (Especially Punisher.)

Of course, there is nothing ultimately bad about these series. All of them are, like most superhero stories, tales of outsiders who are actually amazing deciding to help their neighbors and save lives. (Except Punisher.) Most of this controversy is just noise.

The group making the most noise about the Marvel and Netflix TV shows moving to Disney + is the Parents Television Council. That’s a very official sounding name for what an organization far more concerned about their own media exposure than the exposure of troubling media to kids. Founded by L. Brent Bozell III, the PTC is like his other outrage outlets, Media Research Center and CNSNews.com. They are ways that Bozell conducts his right-wing political activism dressed up in the name of Christianity. Though he does have some popular ideas, such as a boutique cable service where customers can pick and choose which channels they want regardless of “bundles” sold by the company. But, I digress.

Bozell, like his forebears, is desperate to be a power broker in American society, and he focused his attention on media. From the content of television shows and films to bad-faith criticism of the press, Bozell’s groups only serve his own political aims. They dress up their complaints in language about protecting children and good values. Yet, what they really want to do is stifle the things that do not align with their very antiquated and strict interpretation of Christian morality. Ironically, Daredevil is probably one of the few shows in the last decade that showed Bozell’s own Catholic Church in a positive light. (Matt Murdock’s faith is a big part of his character.)

Moving the Marvel Netflix TV shows to Disney + is nothing parents should be worried about. However, good parents should not be careless with these stories either.

How to Raise a New Generation of Comic Book Geeks

The greatest gift of the Marvel movie renaissance (that started with 2000’s X-Men) is that it mostly happened parallel to my journey as a father. I could captivate my infant for hours with just the DVD loop from the first Spider-Man movie. My kid’s first dog was named Logan, after Wolverine. The year Avengers: Endgame came out, ending the first saga in the MCU, was the same year my kid graduated high school. I loved sharing my love of these tights-wearing weirdoes with my kid. Yet, the Marvel Netflix TV shows especially should not just be left to play on Disney + unsupervised by parents of younger kids. 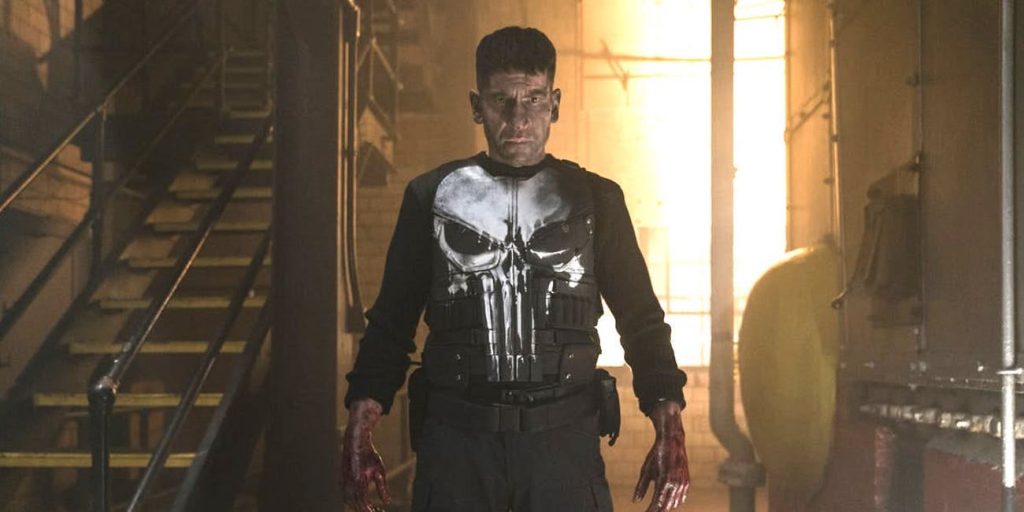 These stories are dark and more adult takes on the superhero mythos. On the big screen, Marvel Studios was giving us bright hopeful stories of a world with heroes. The Marvel Netflix TV shows were not that. Rather, they were street-level tales about people who did not have Iron Man or Thor bum rush into their lives to save the day. Matt Murdock, Luke Cage, and the others, were people with limited superheroic ability who used their gifts to better their neighbor’s lives. Of course, they were not always successful. In fact, where the Marvel Studios movies offer hope, the Marvel Television series aren’t afraid to wallow a little in despair. Hell, the first three or so episodes of Daredevil season 3 were serious downers.

Yet, even though we have all of this at our disposal, parents, you do not have to show them everything from Marvel, Netflix, and Disney + at once, especially these TV shows. Take your kids on a journey through the Marvel universe, allowing the stories you enjoy to grow with them. And, whatever you do, do not listen to Brent Bozell.

The Marvel Netflix TV shows are currently streaming on Disney +

What do you think? Do you believe that the Parents Television Council was genuinely concerned about the Marvel Netflix TV shows moving to Disney + or was it just noise for headlines? Would you show these series to your kids? How old? Share your thoughts, reactions, and own parental guidelines in the comments below.

Joshua M. Patton is a father, veteran, and writer living in Pittsburgh, PA. The first books he read on his own were comics, and he’s loved the medium ever since. He is the greatest star-pilot in the galaxy, a cunning warrior, and a good friend. His book of superhero short stories, Tales of Adventure & Fantasy: Book One is available as an ebook or paperback from Amazon.