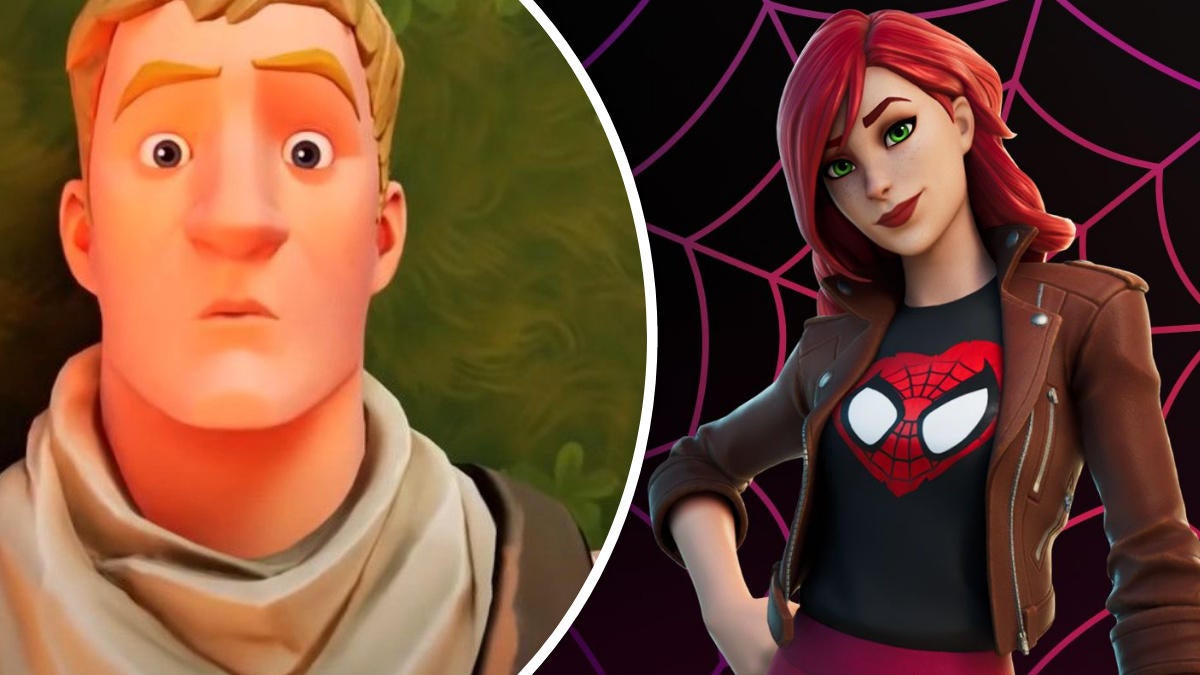 Over the last few months, Fortnite has been adding a lot of characters from the Spider-Man universe, spanning both the films and the comics. Last year saw the addition of the MCU’s Michelle “MJ” Jones, but now the game has added “Classic” Mary Jane Watson, based on the character’s original John Romita Sr. design. The outfit is accompanied by the Web Shredder Pickaxe and Back Bling. Rumors about Mary Jane’s arrival in the game began to circulate back in January alongside rumors about the Green Goblin. Norman has been in Fortnite for a little while, and now MJ is here, as well!

Epic Games announced Mary Jane’s arrival on Twitter, alongside an image of the outfit and Pickaxe. The announcement can be found in the Tweet embedded below.

“Face it Tiger … you just hit the jackpot!”

Not one to miss out on a scoop, Classic Mary Jane Watson has arrived. Grab her Outfit, which includes the Web Shredder Pickaxe and Back Bling in the Shop now. pic.twitter.com/IrEPq8T5hF

Fortnite Chapter 3 Season 2 began just a few short days ago, with the Prowler highlighted as one of the biggest additions. This take on the Spider-Man villain seems to be based on the Aaron Davis version, as opposed to Hobie Brown. Hobie Brown started as a villain before becoming an ally of Spider-Man. Aaron Davis has been portrayed far more often as a villain, appearing as one of the main antagonists in Spider-Man: Into the Spider-Verse. Davis happens to be the uncle of Miles Morales, which has already led to rumors that Miles could similarly appear in Fortnite at some point.

Out of all the major Marvel characters, Spider-Man seemed to take a bit longer to arrive in Fortnite, compared to heroes like Iron Man, Thor, and Storm. Following the release of Spider-Man: No Way Home, that’s changed quite a bit, and fans have been treated to a few different versions of the character, as well as his friends and foes. With “Classic” Mary Jane Watson now available, it will be interesting to see who comes next!

Fortnite is currently available on PlayStation 4, PlayStation 5, Xbox One, Xbox Series X | S, Nintendo Switch, and PC. You can check out all of our previous coverage of the game right here.

Are you excited to see new Spider-Man content in Fortnite? Do you plan on snagging Mary Jane Watson in the game? Let us know in the comments or share your thoughts directly on Twitter at @Marcdachamp to talk all things gaming!