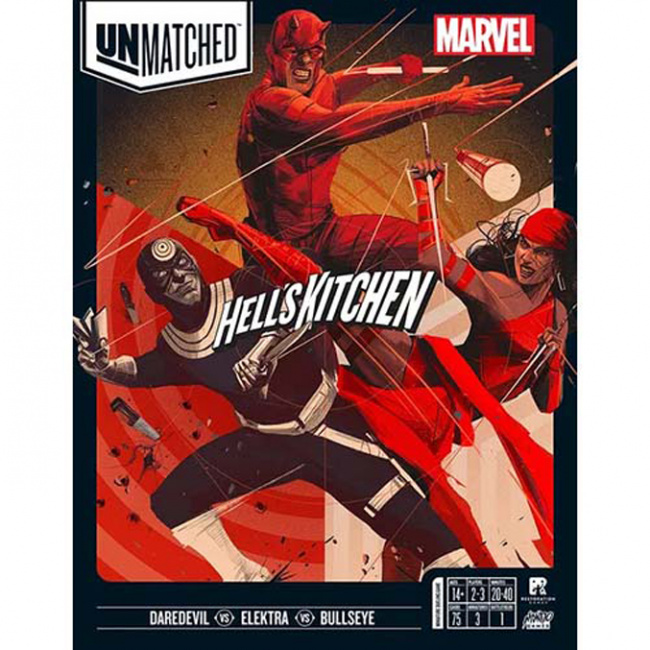 In this new Unmatched game, players engage in a classic brawl in Hell’s Kitchen. Daredevil and Bullseye are at it again, and ready to settle the score on the Hell’s Kitchen battle map. Elektra is also in the mix, and if she’s ever taken down, she’ll come back even more powerful. This set also provides the characters with new item tokens that create powerful gameplay effects.