Each week, CBR has your guide to navigating Wednesday’s new and recent comic releases, specials, collected editions and reissues, and we’re committed to helping you choose those that are worth your hard-earned cash. It’s a little slice of CBR we like to call Major Issues.

If you feel so inclined, you can buy our recommendations directly on comiXology with the links provided. We’ll even supply links to the books we’re not so hot on, just in case you do not want to take our word for it. Do not forget to let us know what you think of the books this week in the comments! And as always, SPOILERS AHEAD!

Through Marvel’s Grand Design comics, indie comics creators have given their unique interpretations of the history of heroes like the X-Men and the Fantastic Four. And in Hulk: Grand Design – Monster # 1, Jim Rugg delivers a triumphant celebration of Hulk history that’s far more than a simple retelling. As he looks back over the first two decades of Hulk stories, Rugg flexes his artistic muscles with a brilliant mix of styles that draws on myriad influences.

While this Hulk: Grand Design is still bound by the repeating patterns of Hulk’s early adventures, Rugg keeps the proceedings lively through strong page designs and surprising multimedia elements like newspaper clippings and pop art collages. This double-size issue even touches on some lesser-known chapters of Hulk’s pop culture history, like his ’70s manga and’ 80s animated series. Despite its ambitious goals, Rugg’s creative approach makes this Marvel’s best Grand Design yet.

Before the DC Universe falls into Dark Crisis later this year, the Shadow War event is bringing together the heroes and villains of BatmanRobin and Deathstroke Inc. In this double-sized issue, Joshua Williamson, Viktor Bogdanovic, Daniel Henriques, Mike Spicer and Troy Peteri kick off the crossover with an action-packed first issue featuring the death of a major DC character.

When Ra’s al Ghul makes a major public announcement and Deathstroke is implicated in an assassination, this issue sees Batman and Damian Wayne’s Robin finally reunite as the Shadow War begins. With Damian as its emotional center, this epic crossover has the propulsive energy that’s made Robin one of DC’s best ongoing titles and seems to be an essential companion to that series. But with dynamic, expressive art and an intriguing premise, Shadow War: Alpha has all the makings of a pitch-perfect DC summer event.

RELATED: DC Launches 2022 Round Robin Competition – With No Batman Titles

For the last few months, Ben Reilly, Peter Parker’s erstwhile clone, has been serving as Spider-Man on behalf of the nefarious Beyond Corporation. And in Amazing Spider-Man # 93, Zeb Wells, Patrick Gleason, Bryan Valenza, Joe Caramagna, Sara Pichelli, Mark Bagley, Tim Townsend and Carlos Lopez bring Reilly’s tenure to Spider-Man to a close as his lingering tensions with Peter and Beyond boil over.

With an epic final battle that adds a new chapter to the extended legacy of the infamous Clone Saga, this issue gives Reilly an intriguing new place in Spider-Man’s orbit. Across the board, the comic’s art teams deliver strong work, with Gleason and Valenza’s fight scenes being a particular highlight. With the next era of Amazing Spider-Man set to begin soon, this finale delivers a satisfying ending to Ben Reilly’s time as Spider-Man with an eye on the future.

Since Kurt Busiek, Alex Ross and Brent Anderson launched Astro City in 1995, the series has given readers a deeply human take on superheroes in some of comics’ most acclaimed stories. With Astro City: That Was Then # 1, Busiek, Anderson, Ross, Alex Sinclair, Tyler Smith and Jimmy Betancourt bring the series back to Image Comics and prove that it has not lost a step since its last new issue in 2019.

Mostly set in the turbulent summer of 1969, this issue follows a group of traveling teen heroes as they face their own futures in the wake of the death of another teen superhero team. With that sentimental story at its core, Astro City leans into nostalgia for a bygone youth with Anderson’s detailed, classical artwork and Sinclair’s faded, natural colors. While the issue ends on a more modern note, Astro City is as thoughtful as ever in its latest incarnation.

BATMAN: BEYOND THE WHITE KNIGHT # 1 (DC)

BUY BATMAN: BEYOND THE WHITE KNIGHT # 1

In Batman: Beyond the White Knight # 1, Sean Murphy, Dave Stewart and Andworld Design jump into the future of the Batman: White Knight universe as a new Batman takes flight. Despite its title, Beyond the White Knight functions as a direct sequel to the first two White Knight series that’s mainly focused on catching up with an aging Bruce Wayne and his familiar supporting cast. While Terry McGinnis and other regular features of Batman Beyond are here, this is still very much Wayne’s story, at least for the moment.

Like Gordon and Stewart’s previous Batman: White Knight series, Beyond the White Knight features the stylish art and impressive designs that made this one of DC’s most popular alternate universe tales. While those previous stories provide an essential setup for this tale, this debut issue continues White Knight’s signature reconfiguration and confrontation with various aspects of the Batman mythology. With some interesting new mysteries, this is another impressive, sharp-looking entry in the White Knight canon.

After writing one of the best X-Men runs of the 2010s, Kieron Gillen returns to Marvel’s mutants with Immortal X-Men # 1, alongside Lucas Werneck, David Curiel, Clayton Cowles and Tom Muller. To kick off the Destiny of X era, Immortal X-Men follows the Quiet Council of Krakow after a surprise resignation shakes up mutantkind’s leaders.

With a focus on mutant politics, dramatic reveals and the many plots of Mister Sinister, Immortal X-Men plays to Gillen’s strengths. Werneck and Curiel provide a stylish take on the X-Men with emotive faces and strong page layouts that keep pages full of conversation interesting and visually dynamic. With a strongly defined focus and some clever summary, Immortal X-Men is the best X-Men jumping-on point since House of Xand it sets up some intriguing stakes for Marvel’s next X-Men era.

We hope you like the items we recommend! Comic Book Resources has affiliate partnerships, and as such, we receive a share of the revenue from your purchase. This will not affect the price you pay and helps us offer the best product recommendations. 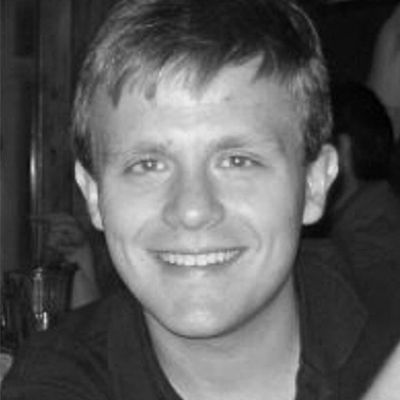 Tim Webber is a writer, journalist and content creator based out of Atlanta, GA. Since joining CBR in 2016, Tim has worked across CBR in various capacities as a writer, editor and lead editor. With over a decade of experience at publications including Creative Loafing, Tim has written everything from breaking news to analytical cultural criticism about comic books, film, television, music and more. You can find Tim on Twitter as @MrTimWebber.