Penguin Classics has teamed up with Marvel to publish a series of comic book anthologies.

The first three books in the series will feature Black Panther, Captain America and The Amazing Spider-Man and include a foreword by a contemporary young adult author plus a scholarly introduction.

The project marks the first time Penguin Classics, which launched in 1946 with the aim of promoting “greatest and most significant works written”, has published comics.

Each title will be published in black spine paperback and there will also be a collectable hardcover edition with gold foil stamping, gold top stain edges and endpapers featuring artwork from the comics.

Black Pantherwhich was adapted for film in 2018, includes a foreword by Nnedi Okorafor, the author of Who Fears Death and the Binti novella trilogy. 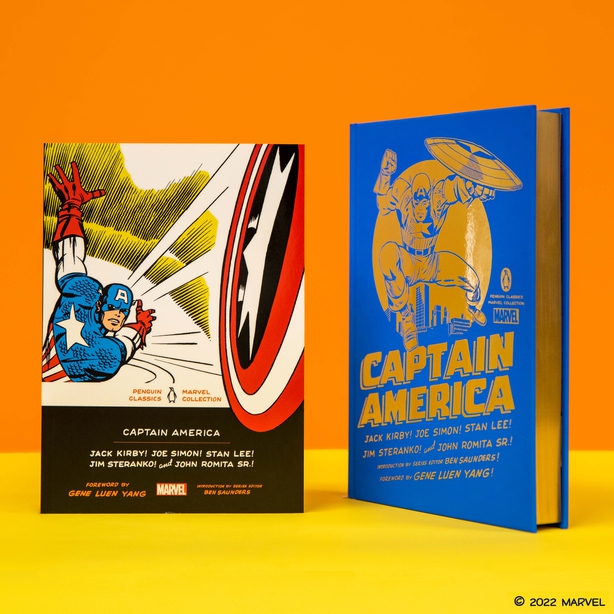 Ben Saunders is editor of the series and professor of English at the University of Oregon, where he founded the world’s first undergraduate minor in comics studies.

He said: “The comics produced at Marvel in the 1960s can be compared to the most enduring popular music of that same tumultuous decade.

“Working at tremendous speed in what was widely regarded as a low-status commercial medium, the creators at Marvel initiated and participated in an aesthetic revolution.

“These comics have now influenced writers and artists across all forms of media – from contemporary novelists to hip hop musicians to Hollywood filmmakers.

“It is not hyperbole but simply a fact: these classic Marvel Comics are foundational documents of our culture.”

“This is why readers return year after year to the stories of Spider-Man, Black Panther and Captain America – characters now as deeply engrained in our culture as the folk heroes of older literary traditions.

“We are thrilled to present Marvel’s classics as Penguin Classics, and to place the iconic work of Stan Lee, Steve Ditko, Jack Kirby and many other historic Marvel creators on shelves alongside the world’s greatest literature.”

Sven Larsen, vice president of licensed publishing at Marvel Entertainment, said: “From The Odyssey thaw The Time Machinethe Penguin Classics list not only recognizes the most important works in storytelling but also places them in their important historical and cultural context.

“Spider-Man, Black Panther, and Captain America have become the bedrock of countless stories across media, and it’s a testament to the genius of Marvel’s writers and artists that these characters resonate so strongly today.”

The first three books in the series will be published on June 14.