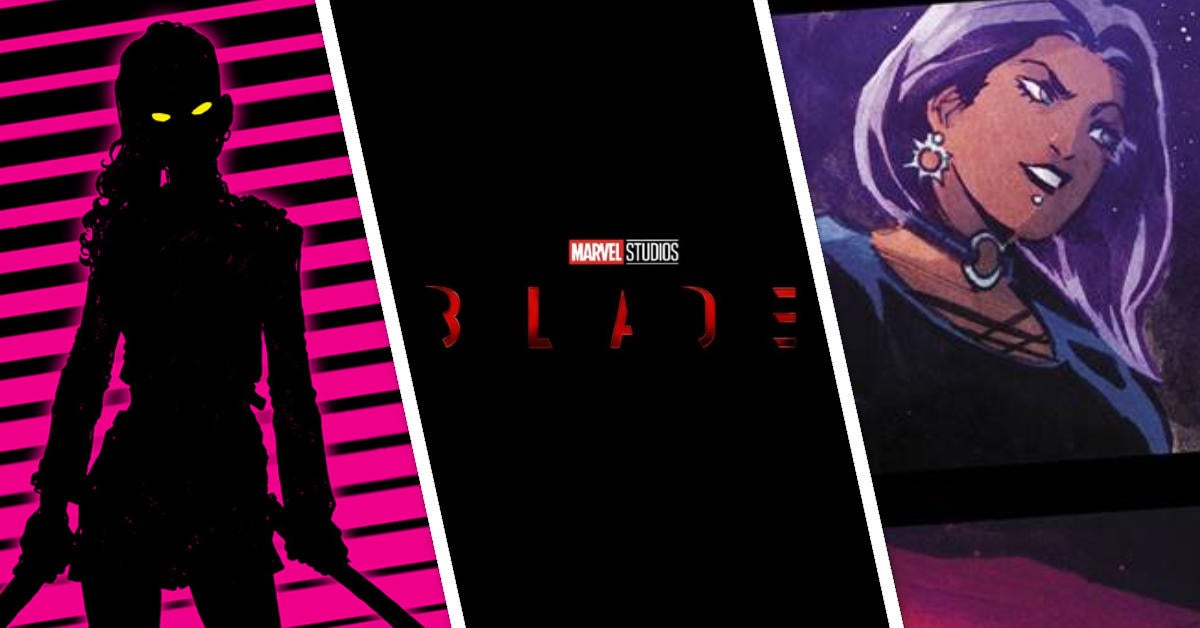 Each of the Marvel Cinematic Universe’s upcoming movies and television shows are spotlighting a different corner of the Marvel universe, ranging from established tenets of comic canon to newly-created additions. One upcoming installment to that will be a new feature film for Blade, which will star Mahershala Ali as the titular vampire-killing daywalker. While the project was announced all the way back in 2019, subsequent updates have been scattered in the time since, as a director, writer, and members of the supporting cast have begun to be announced. That has left a lot of room for speculation about what story the Blade movie could tell, particularly to differentiate itself from the Wesley Snipes-led Blade movies of the ’00s. One prevalent theory has been that Marvel Studios’ Blade movie could be a multigenerational story with both Blade and his daughter – something that a new move from Marvel Comics itself might have just forecast.

On Friday, Marvel announced its plans for the annual Free Comic Book Day event, including more details surrounding the Free Comic Book Day: Avengers / X-Men # 1 special. Particularly, the publisher revealed that a new character named Bloodline will make her debut in a story from Danny Lore and Karen S. Darboe – and that she will be Brielle, the daughter of Eric Cross Brooks / Blade. This piqued the interest of Blade-savvy Marvel fans on multiple levels, particularly since Marvel had originally planned to introduce a daughter of Blade during their All-New, All-Different Marvel initiative in 2015. The Blade the Hunter series, which would have been from Tim Seeley and Logan Faerber, would have followed Fallon Gray, a popular 16-year-old from rural Oregon who learns that she is Blade’s daughter when supernatural trouble finds its way to her rural home. The project ultimately never came to fruition, but fans remained eager to see the character introduced in some capacity, even before Ali was cast as Blade himself. Some had speculated that Fallon could be the focus of a Blade project for Marvel Studios, with Snipes returning as an older version of his character to mentor her.

With Ali now definitely tied to the Blade reboot (and already having made his debut in the MCU), the possibility of seeing his daughter onscreen has only further intrigued fans, especially as there’s no telling what corners of the supernatural Marvel lore the film could weave in. This hype only grew with a rumored casting description in that seemed to heavily tease Blade’s daughter, with the project seeking Ruby, a teenage girl who is “thoughtful, serious, and burdened by growing up in a complex world.”

Of course, the nature of bringing Blade’s daughter into the Marvel Cinematic Universe would be a unique one – while it’s an idea fans have campaigned to see realized in live-action for several years now, it has no roots in any actual comic, with the teasers for Seeley and Faerber’s Blade the Hunter being the only thing that was actually published. Given the fact that Fallon Gray never appeared in the comics, it would also potentially make the nature of attributing credit for her creation a little complicated, something that Marvel has dealt with time and time again with its adaptations. And beyond that, if Blade’s daughter were to be introduced in the Blade film before making her comic debut, it would create a void (both narratively and financially, given the nature of the comic book market) of fans wanting to read comics about her, but not being able to easily do so.

Enter Brielle / Bloodline, a new take on the concept of Blade having a daughter, originating in a story that from a diverse creative team and will be released well before the new Blade movie might even begin production, much less be released to general audiences. While there’s always a chance that that could be a genuine coincidence, we’ve seen countless examples of Marvel tailoring elements of the comics to match film or television adaptations – just look at the new Captain Carter book that spun out of the character’s popularity on What If …? or the recent relaunch of Shang-Chi as very recent instances. At the moment, there’s no telling what the future holds for Bloodline, but it certainly would not be surprising if her comic debut is setting up a larger presence sooner than later.

Free Comic Book Day: Avengers / X-Men # 1 will be released through participating retailers on Saturday, May 7th. Marvel’s Blade movie does not currently have a release date.