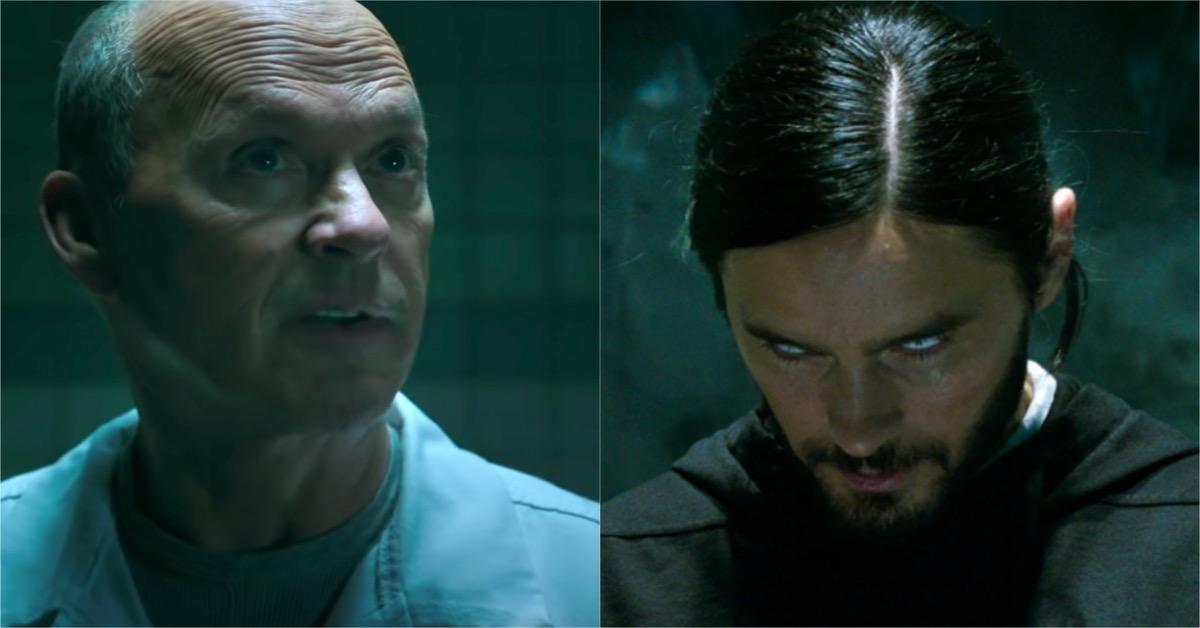 Like how Sony Pictures decided to do a week before the film was released, we’re talking SPOILERS for Morbius below! As with every Marvel movie, Sony Pictures’ new movie Morbius has a couple of post-credit scenes that set up what’s potentially up next for the film franchise, but frankly what happens during Morbius’ credits is … kind of confusing, and also very strange. As you may have guessed from his appearance in the trailer, Michael Keaton returns as Marvel villain Adrian Toomes aka Vulture in the film, but tragically all of his scenes are limited to after the credits have rolled. Let’s discuss below.

The first of the post-credit scenes harkens back to the conclusion of Spider-Man: No Way Home, showing that familiar crack across the sky which (in that film) signified the instability of the multiverse. In that film it appeared when it showed all of the people that knew Spider-Man was Peter Parker were converging on the MCU, but they all sealed up when Doctor Strange’s “Forget Peter Parker” spell was cast. What Morbius puts forth happened after that is that Toomes went from the MCU to Sony’s separate universe, presumably at the same time that Venom went back to the same place. Still standing in a jail cell, Toomes makes a pithy remark of “Hope the food’s better in this joint,” before a sequence implying he’ll soon be free begins since there’s no record of him in this universe.

After this a second scene begins and it starts with a surprising moment, Jared Leto’s Morbius driving a car down the road in the middle of the night (he has not driven a car at all in the movie prior to this). Eventually he stops his car and gets out, greeted by the sounds of what sounds like a passing jet but which is revealed to be Adrian Toomes in his Vulture costume. Toomes makes a remark about being unsure how he got here, meaning this universe, but thinks it has something to do with Spider-Man. He then tells Morbius his idea that they should team-up with likeminded individuals, which Morbius says sounds like a good idea.

How did Adrian Toomes get his Vulture costume in an alternate universe? How did he and Morbius first link up? Which Spider-Man is the Spider-Man of this universe? Who else will be in the Sinister Six that this credit scene seems to be teasing? We have no idea, and we may never know. Morbius is now playing in theaters.