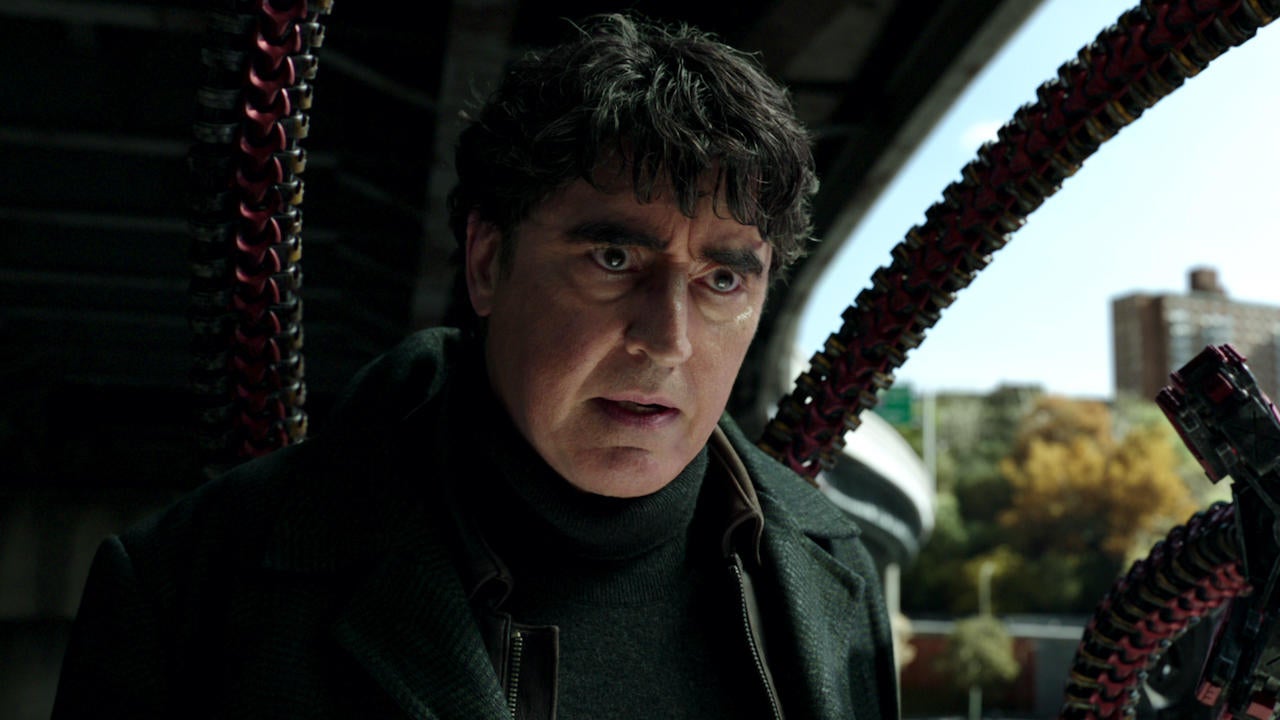 Sony and Marvel’s Spider-Man: No Way Home was filled with exciting and emotional moments for longtime fans of Peter Parker. The film brought together all three generations of live-action Spider-Man stars, giving them the opportunity to reckon with their pasts and help send the current Peter down a better path. Tobey Maguire and Andrew Garfield reprised their beloved Marvel roles alongside Tom Holland and fans could not get enough. As it turns out, those returns had an impact on their Marvel co-stars as well.

Alfred Molina, who reprised his Doc Ock role from Spider-Man 2 in Spider-Man: No Way Home, recently revealed that there was one scene in particular that made him emotional while on set. During an appearance on the Household Faces podcast, Molina said that a late-movie exchange with Tobey Maguire brought back a lot of fond memories.

“I got a little emotional, actually. There was one scene where I suddenly meet Tobey, and he kinda goes ‘How are you, Doctor?’ And I go, ‘Oh my god, it’s good to see you.’ I got very teary in that scene, “Molina explained. “I kinda went, ‘Oh shit, this is a moment.’ And it was delightful. And it was, of course, delightful to see Tobey again. We did have a giggle on set about … I think I said something like, ‘I’m terrified that I might be a bit too old for this. ‘”

During the same podcast appearance, Molina opened up about the conversation he had with No Way Home director Jon Watts about how they were going to bring Doc Ock back into the fold.

“So keeping all his options open, and it turned out to be prophetic … so when I talked to Jon, I said, ‘So, how are we gonna-, what are we doing? … Am I coming back 17 years after my death? ‘ And he said, “No, we’re going to pick it up … from just before where you left it. Something’s going to happen,” the actor continued. “Then he started explaining the whole thing about how these different universes are existing … and that just blew my mind … The movie did the most extraordinary thing by bringing all these universes together into a Multiverse … and that, I thought, was the exciting part. “