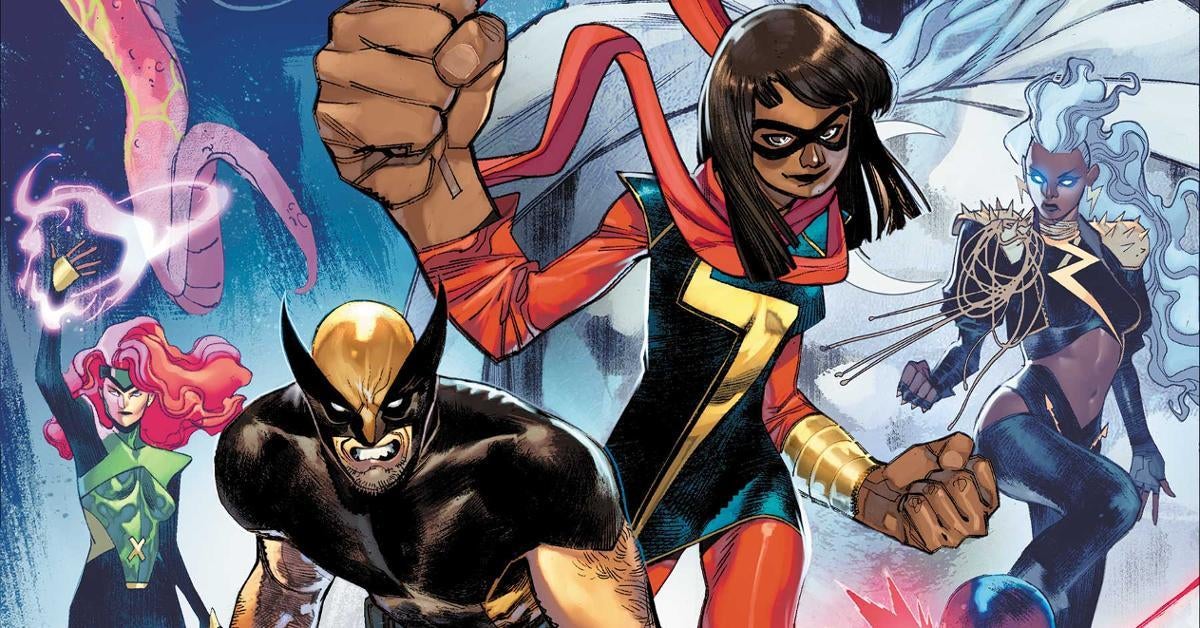 Ms. Marvel is embarking on a new adventure, and she’ll have some major backup in the form of Wolverine, Moon Knight, and Venom. A series of Ms. Marvel one-shots begins with Ms. Marvel & Wolverine # 1 from writer Jody Houser and artist Zé Carlos. Kamala Khan will join forces with a different heavy-hitter in each oversized issue that is presented as a perfect jumping-on point for those not as familiar with Ms. Marvel. After teaming up with Wolverine, subsequent issues should feature Moon Knight and Venom. The timing of their release puts these team-up stories coming a month after Ms. Marvel‘s Disney + series premieres.

“I’m thrilled to be back playing in the Marvel superhero sandbox, especially with a character as vital as Ms. Marvel,” Houser said. “Teaming her up with some of the darker heroes of the 616 shows just how bright her light really is.”

“Ms. Marvel is such a powerful and versatile member of the MU, and putting her in a huge scale adventure shoulder to shoulder with harder-edged heroes like Venom, Moon Knight, and Wolverine, is going to maybe surprise some readers with her range , “Editor Mark Basso said. “If you missed her earlier adventures, know this: Kamala Khan is a superhero. Full stop. And when you get her in the mix with a crew like this, you know something BIG is going down.”

The main cover to Ms. Marvel & Wolverine # 1 shows our Jersey City hero with Logan and X-Men members Marvel Girl / Jean Gray, Storm, and Cyclops. Looming large in the background are Venom and Moon Knight, ready to be tagged in for their subsequent stories.

Ms. Marvel follows Moon Knight as the next Marvel Studios series to land on Disney +. Iman Vellani makes her acting debut as Kamala Khan / Ms. Marvel, a 16-year-old Pakistani American from Jersey City. The show will reportedly be rated TV-PG, making Ms. Marvel the first Marvel Studios show to don the rating since the premiere episodes of WandaVision last year. The earliest sitcom-based episodes of WandaVision were rated TV-PG before shifting to TV-14, the television equivalent to a film’s PG-13 rating.

Ready to see Ms. Marvel and Wolverine fight some bad guys? Let us know your thoughts in the comments! Ms. Marvel & Wolverine # 1 goes on sale July 13th, and its main and variant covers can be found below.

When a mysterious threat lands in New York City, Ms. Marvel takes matters into its own embiggened hands! But with Krakoan security / tech compromised, you can bet Wolverine and the X-Men will not be far behind! The best there is at what he does teams up with one of the Marvel Universe’s most lauded heroes in an action-packed adventure for the ages!