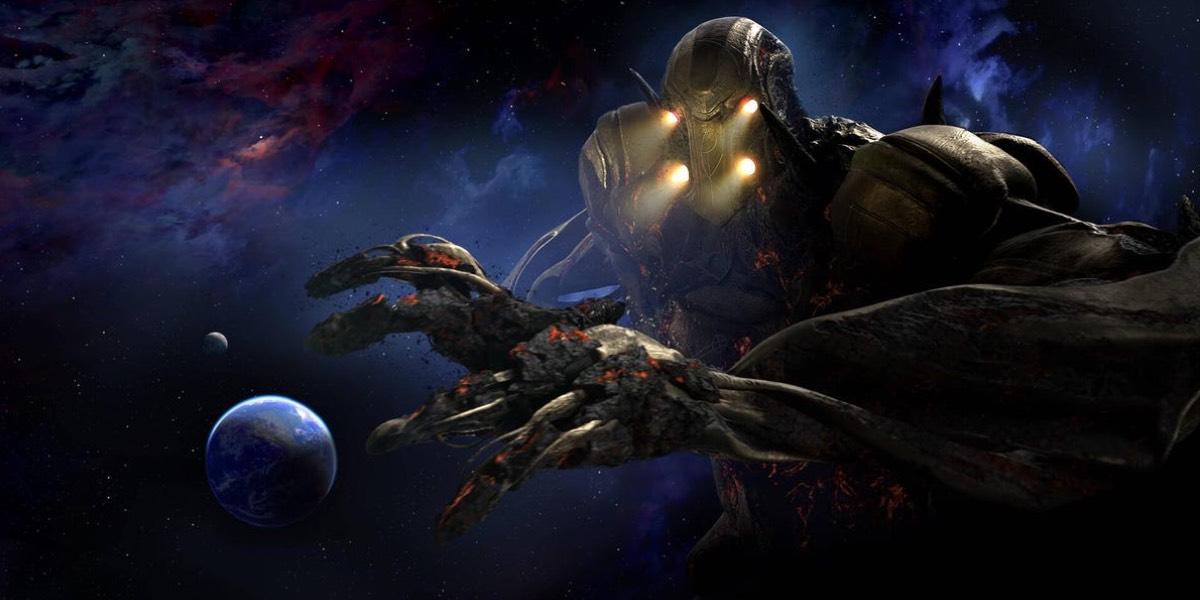 Guardians of the Galaxy: Cosmic Rewind‘s antagonist is a Celestial named Eson. Marvel.com revealed this to fans and the Internet is buzzing. For those unaware, Cosmic Rewind is an attraction coming to Walt Disney World. On the ride at EPCOT, fans will be treated to a thrilling coaster ride with their favorite characters. In the story of the ride, Eson The Searcher was the former bearer of the Power Stone, and he’s looking to right some wrongs. The Guardians leap into action to help protect the people visiting the Other-World Showcase Pavilion that the ride is housed in. Star-Lord, Drax, Gamora, Groot, and Rocket all have to band together to send that Celestial packing. Check out the first image of the extraterrestrial being down below.

Previously, The Direct had the chance to speak to Eternals writer Kaz Firpo about the last time the Guardians tangled with a Celestial. Everyone still wants to know if Ego still counts as one of these beings after Eternals hit the screen. The writer wants everyone to pay close attention to Guardians Vol. 3 for answers.

Get a first look at the Celestial Eson, the antagonist of ‘Guardians of the Galaxy: Cosmic Rewind’, before the ride opens at @WaltDisneyWorld‘s EPCOT this summer! https://t.co/adRR3AtkAS

“We talked about it at length, but it’s one of those things where I think maybe Guardians [Vol. 3] will have something to say about it… Ego’s a really fascinating character, whether he’s lying or not, that’s a question, “Firpo explained. Fans are going to book their ticket for James Gunn’s next Marvel film as soon as possible for answers.

The writer added, “I think that you’ve seen the Celestials now in our film, what they are, what they’re capable of, the fact that they are truly as large as planets, give birth to suns, and they’re immortal space gods — even more than our tiny little immortal space gods. So I think it’s going to be something that we’re going to continue to get to explore a little bit … and I think you know, as far as we know, the Eternals have not met Ego. They do not even know who he is. Was he an imposter? I do not know, but I’m excited to see James Gunn’s Guardians 3 as much as you are. “

“The Guardians characters are awesome,” Hundgen began. “They’re fun, they’re irreverent, they’ve got great music. And so it felt like: If we can take advantage of bringing them to Walt Disney World, Epcot was a great home for them. We’ve talked about that this is the first Intergalactic Pavilion at Epcot. We’ve got lots of International Pavilions, but we’re going galactic with this addition. And we’re introducing guests to the planet Xandar and telling them how it was formed, telling them about their people, their traditions; and getting to see some of the great artifacts from their treasures; and then Rocket, Groot, Star-Lord and Gamora, they all show up. “

Will you be visiting Disney World for this ride? Share your thoughts with us in the comments below!