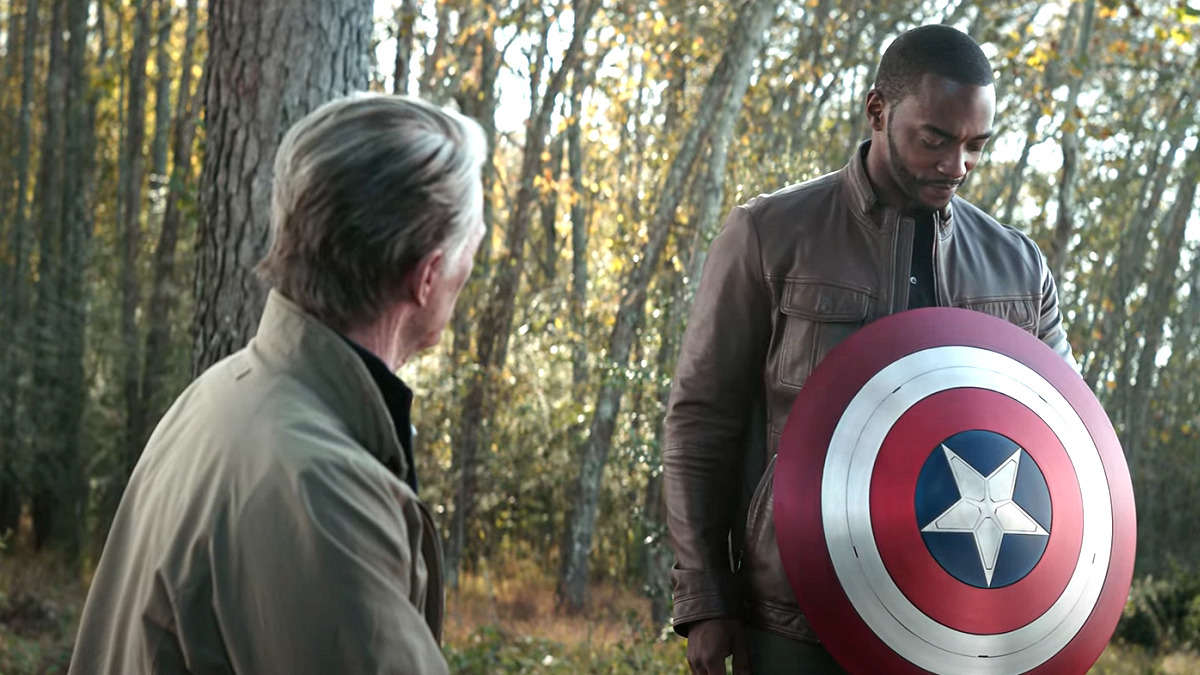 In Avengers: Endgameeagle-eyed Marvel fans may have noticed that Captain America‘s shield got an upgrade.

During the battle against Thanos, Steve Rogers’ weapon of choice looks the same as it always has – if not extremely worn from prolonged use. However, when Cap returns from his time-jump to the 1940s and ages considerably, he brings home a slightly alternative design for the shield, which he gifts to Sam Wilson.

Marvel Prop Master Russell Bobbitt was the special guest on the Phase Zero podcast. Speaking on the decision to change the design for Avengers: EndgameBobbitt mentioned that it was intended to be interpreted as a “passing on the torch”, after Steve bestowed the shield on Anthony Mackie’s Sam.

“My attitude was and the way I saw it, and the way I interpreted it was, ‘I’m handing off the torch. I’m passing the torch. I’ve made some improvements. I want you to run with this. It’s your shield, it’s not mine. ‘ Now, that’s one guy’s interpretation. Hopefully, alot of other people saw it the same way. But that’s kind of in a nutshell where [Marvel] went with it. ”

Further expanding on that point, Bobbitt mentioned that Kevin Feige weighed in on the ultimate choice to alter the shield’s look, wording process as “old Captain America handing off the shield.”

“That motivation just came from the director. He said lets change it up. Kevin [Feige] was on board obviously when old Captain America hands off the shield, that’s when we introduced it. Knowing that there would be more to come as we saw in Falcon and the Winter Soldier. ”

Clearly, this was all part of the master plan, since Feige and Marvel Studios knew that The Falcon and the Winter Soldier would conclude with Sam inheriting the shield and mantle of Captain America after Steve’s retirement. They had carefully planned the transition to feel effortless – which it was – and Falcon was able to continue the legacy of the star-spangled superhero through Phase Four and beyond.