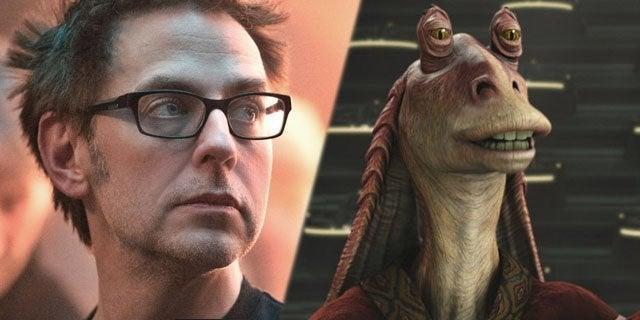 When it comes to making big blockbusters, James Gunn has been an extremely busy director. Last year saw the release of his first DC film, The Suicide Squadand the movie’s follow-up, Peacemaker, already released its first season on HBO Max. The new show has already been renewed for a second, but before Gunn continues his journey with DC, he’s back at Marvel filming Guardians of the Galaxy Vol. 3 as well as the Guardians of the Galaxy Holiday Special. This week, the director was answering some fan questions about Vol. 3‘s progress, and one person suggested Gunn should helm a Star Wars trilogy.

“Please make a Star Wars trilogy 🙏,” @ Daredevil039 wrote. “I’m finishing a Guardians trilogy. That’s enough space opera for me at this moment,” Gunn replied. You can check out the post below:

I’m finishing a Guardians trilogy. That’s enough space opera for me at this moment.

This is not the first time Gunn has shut down the idea of ​​joining Star Wars. During a Q&A on Instagram in 2020, Gunn was asked if he would like to make a Star Wars film or join any other franchise, to which the director replied, “No it does not really interest me as a filmmaker. I can not think of any franchises I’d want to join other than the ones I’m already part of. ”

Gunn also revealed around that time that he has no interest in helming an episode of The Mandalorian. Participating in another Instagram Q&A, Gunn was asked in 2019 if he would consider directing an entry into the live-action series, similarly responding, “It does not really interest me, no.”

Gunn may not be entering the galaxy far, far away, but he does have a lot of exciting projects in the works. As for Guardians of the Galaxy Vol. 3, there’s already been a lot of speculation about the threequel, and Gunn has previously hinted that there will be some major deaths in the movie, and many have guessed that Rocket will be the one to die. After the latest confirmation that this is the end, fans took to social media to express their fears about who might not survive the movie, and they’re not the only ones to show a little sadness online. Gillan also took to Twitter to react to Gunn’s latest statement, sharing a slew of sad emojis.

As for the Holiday Special, Gunn recently teased that it’s the best thing he’s ever done and hinted that some big MCU debuts will occur in the show. “The Holiday Special is the greatest thing I’ve ever done in my life, “Gunn recently revealed to RadioTimes.com. “It’s totally ridiculous, and every day we can not believe that we’re making it. We all completely love it. It’s unlike anything that anyone’s ever seen before. I can not wait for people to see it.” He added, “And it’s out pretty soon … You know, it’s out this Christmas. It’s not like people have to wait that long.”