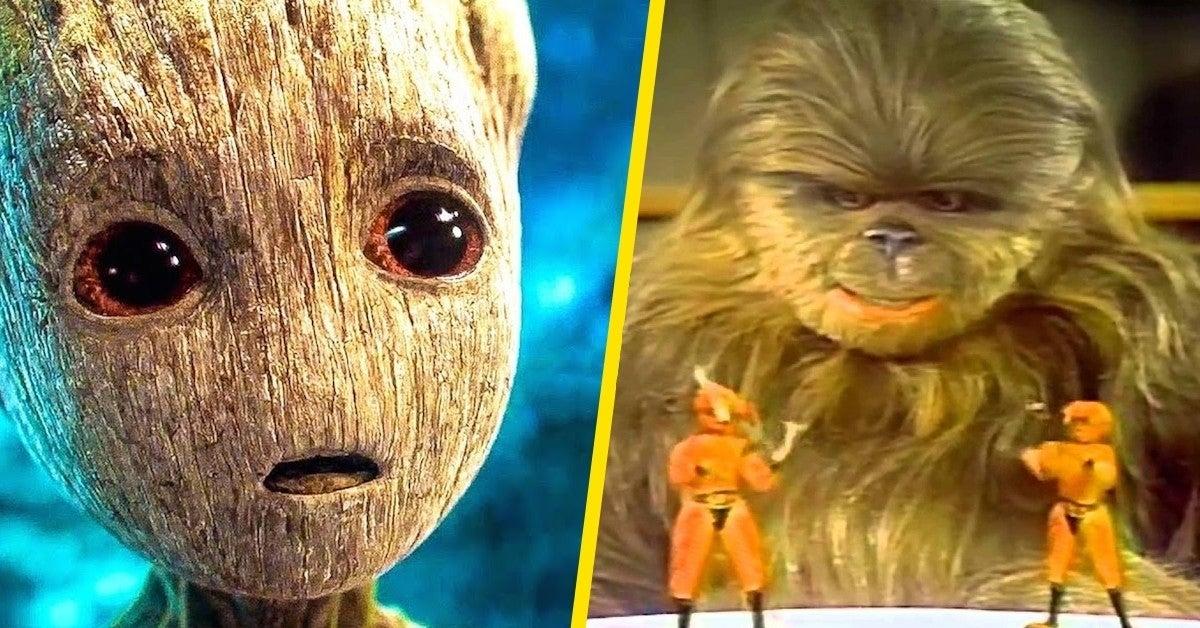 It’s been about five years since Guardians of the Galaxy Vol. 2 was released in theaters and three years since the team was last seen in Avengers: Endgame. Marvel fans are eager to see the lovable space crew again in Thor: Love and Thunder before coming together one final time in Guardians of the Galaxy Vol. 3, which is currently in production. The threequel is hitting theaters next year, but director James Gunn has something special coming first, the Guardians of the Galaxy Holiday Special. A lot of excitement has been teased for the Disney + special, including some new characters. Gunn recently revealed to RadioTimes.com that the special is “the greatest thing” he’s ever made. Recently, Karen Gillan (Nebula) had a chat with ScreenRantand they asked the star if she agreed that the Holiday Special is Gunn’s best work. While Gillan admitted she hasn’t seen the special yet, she does think it will be “extremely funny.” Comic Book Resources shared the interview on Twitter, which caught the attention of Gunn.

“I mean, it could be! I have not seen it yet. I do not know, but it’s totally possible that it is. I think it’s gonna be extremely funny,” Gillan told ScreenRant. Comic Book Resources shared the interview with the caption, “Karen Gillan thinks the upcoming Guardians of the Galaxy Holiday Special might be some of James Gunn’s best work yet. “Gunn replied,” Agreed. I look forward so much to every weekend to seeing new cuts come in from our editor Greg ‘One G’ D’Auria. This weekend has been another true pleasure. “

In the comments, Gunn also confirmed the special will be released on Disney + later this year. “Yes, release this holiday season,” he confirmed. When asked about the runtime, the director replied, “It’s not done yet so I do not know.” You can check out the tweets below:

Agreed. I look forward so much to every weekend to seeing new cuts come in from our editor Greg “One G” D’Auria. This weekend has been another true pleasure. #GotGHolidaySpecial https://t.co/ACipeCgAwz

While a lot of details surrounding the holiday special are under wraps, a new set of photos published by The Direct last month showcased some of the filming. The images included a series of police cars set up to look like the Beverly Hills Police, outside of houses and lawns adorned with Christmas decorations. At the moment, there’s no context for these photos, but it certainly does seem to hint that part of the special will be taking part on Earth.

Marvel.com previously revealed the Guardians of the Galaxy Holiday Special cast includes Chris Pratt, Zoe Saldaña, Dave Bautista, Karen Gillan, Pom Klementieff, and Sean Gunn. With Vol. 3 also poised to include Adam Warlock (Will Poulter) and a mysterious character played by Chukwudi Iwuji, it is very possible that one or both of them could make a first appearance in the special

“It’s in-canon, it’s about the Guardians, you’re gonna learn stuff that you need to learn before Vol. 3, and it’s great. I’m really happy with it, “Gunn told me Collider on the press tour for The Suicide Squad last year.

The Guardians of the Galaxy Holiday Special is slated for a Holiday 2022 release window. If you have not signed up for Disney + yet, you can try it out here.