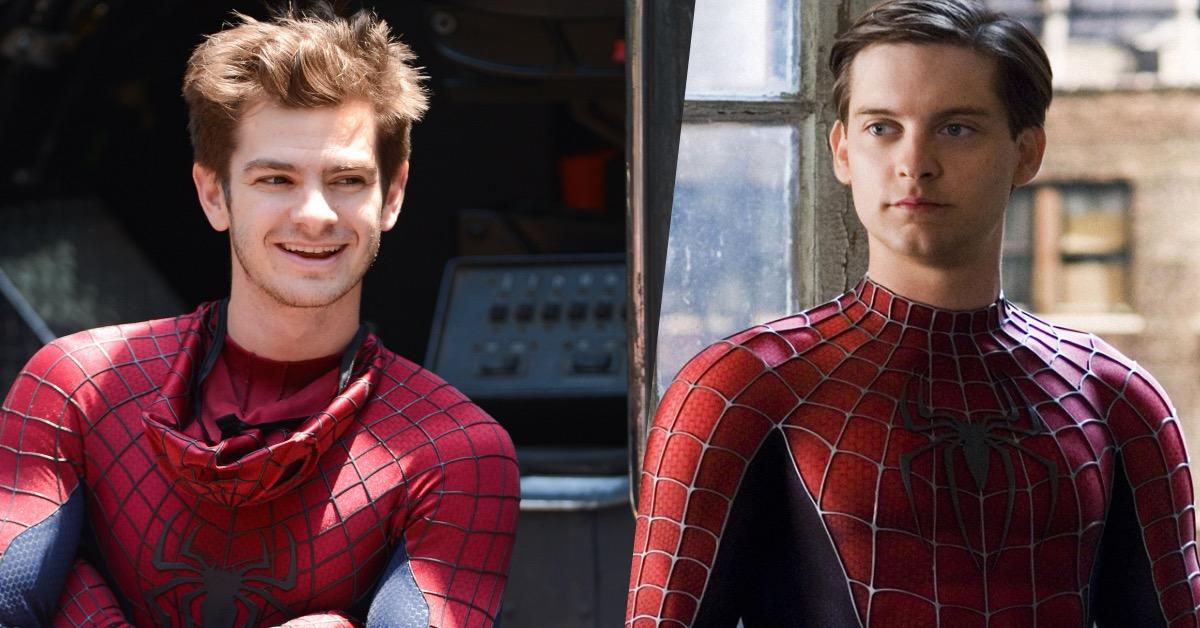 Spider-Man: No Way Home stars Andrew Garfield and Tobey Maguire have been getting really close to each other since filming the sequel. The pair went to see together during the film’s opening weekend and they have not slowed down their bromance since. They were recently spotted attending a screening of Everything Everywhere All at Once together and now one of the actors is speaking out on the evening. While speaking with Entertainment Tonight, Garfield discussed the night and even went on to reveal that he’d love to work with Maguire again.

“I would love to work with Tobey again. I mean like, he’s such a great actor and he’s a good buddy and I really just love him. I love spending time with him,” Garfield revealed. “And yeah we went and saw this incredible film Everything Everywhere All at Oncewhich is a genius masterpiece of creativity with the incredible Michelle Yeoh and these two incredible directors called the Daniels and everyone will see it and everyone will fall in love with it in the same way that we did and yeah, it was great fun… I love him and I would love to make something with him, for sure. “

Maguire recently revealed exactly why he signed on to return as Peter Parker / Spider-Man in No Way Home. The actor had a meeting with Amy Pascal and Kevin Feige and after their conversation he knew that he had to sign on. He also reveals that getting together with Garfield and Tom Holland was one of those reasons. During a recent discussion that was held on Spider-Man’s official YouTube channel, Maguire detailed his return.

“I’m a big fan of Tom and those movies and Andrew. So, it was definitely intriguing. But, yes, I was also going, ‘Well, what what are we going to do?’ And that was a bit mysterious, “Maguire added. “I did appreciate what was shared. But, it was really about getting together with these people and revisiting what was part of my history and and getting a chance to like come together. There are personal things too, which are kind of resolutions or a way to revisit and… I’m not quite sure how to put it. It’s just to get to get back into that and I do not want to say like close the chapter… But revisit and have certain resolutions and just join in this loving creative spirit “

Marvel Studios and Sony Pictures describe the film as: “In Spider-Man: No Way Home, for the first time in the cinematic history of Spider-Man, our friendly neighborhood hero is unmasked and no longer able to separate his normal life from the high-stakes of being a Super Hero. When he asks for help from Doctor Strange, the stakes become even more dangerous, forcing him to discover what it truly means to be Spider-Man. “The film stars Tom Holland, Benedict Cumberbatch, Zendaya, Jacob Batalon, Marisa Tomei, Jon Favreau , Andrew Garfield, Tobey Maguire, JK Simmons, Jamie Foxx, Alfred Molina, Thomas Haden Church, Rhys Ifans and Willem Dafoe.

Would you like to see Andrew Garfield and Tobey Maguire do another film together? Let us know your thoughts either in the comments section or by hitting our writer @NateBrail up on Twitter!