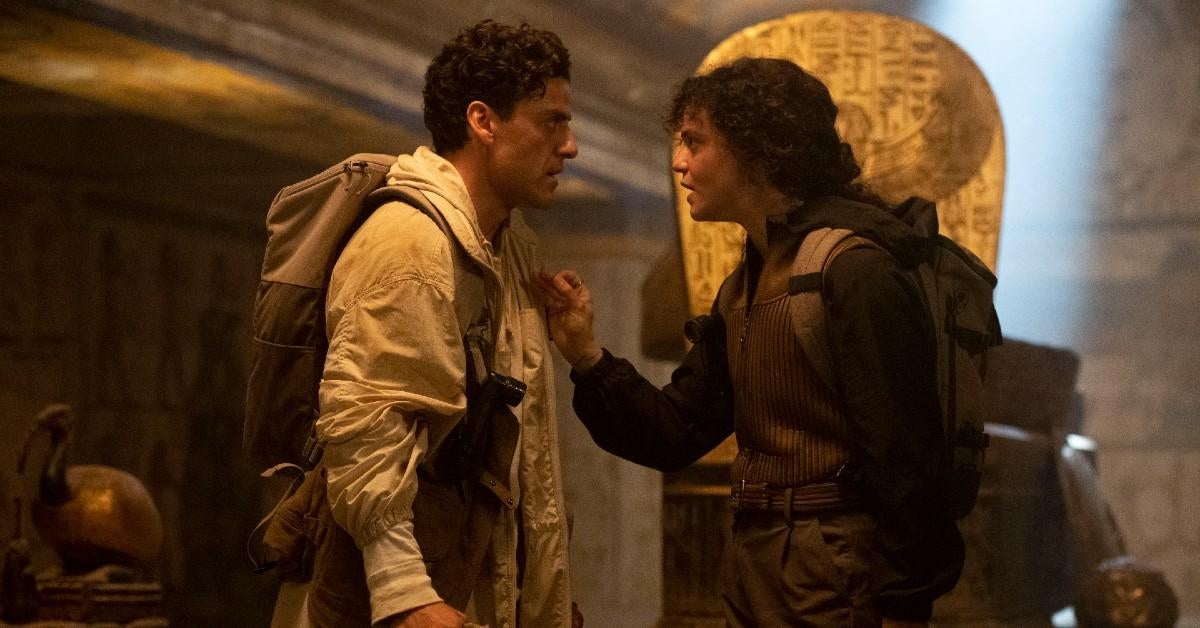 There are only two episodes left in Moon Knight, which means a lot can still happen before the Disney + series concludes. Something fans should probably start preparing themselves for is tragic moments, especially when you consider how Episode 4 ended with Marc Spector being shot and presumed dead, only for him to awaken in a mental hospital side-by-side with his other personality, Steven Grant . Moon Knight suffers from Dissociative Identity Disorder, which gives birth to his multiple personalities. The Disney + series is one of the darker projects from Marvel Studios, and with only two more episodes to go, tragic events are about to go down.

The Direct brought up the fact that actor Rey Lucas confirmed to Variety that he’s playing Marc Spector’s father, Elias Spector, on Moon Knight. Since Lucas has yet to appear in any of the previous four episodes, he should be a lock for either Episodes 4 or 5. Also, star Oscar Isaac has gone on the record to state how Moon Knight addresses “really intense childhood drama.” Moon Knight’s origin story in the comics involves a traumatic event Marc Spector experienced at a young age, with someone tied to Elias playing a role. With that in mind, some form of flashback sequence featuring Elias and a young Marc Spector is most likely in the works for the show’s finale. One place a flashback would make sense is in the mental facility. Steven Grant and Marc Spector have already appeared together, with the villainous Arthur Harrow (Ethan Hawke) working as Marc’s psychiatrist.

Rey Lucas has talked about how Moon Knight will be a major change to previous Marvel shows on Disney +. “I can say that the show overall, is intended and I think is successfully gonna be a shift, and departure from um, some of the other Marvel stuff can be really adventurous,” Lucas told Variety. “[There’s] a lot of psychological elements to it. You know, I think it’s still gonna be funny also and relatable at times. Just as a fan, I’m really excited. I saw the trailer and was like ‘oh my god, this is great.’ “

Directors Aaron Moorhead and Justin Benson have teased how the final two episodes have a lot more surprises in store for fans. “I think if you were surprised by episode 4, get ready to be surprised again by episodes 5 and 6,” Moorhead explained to EW. “I know it just sounds like a nice little tag, but I promise you that’s actually the case.”

Are you excited for the last two episodes of Moon Knight? If so, let us know your thoughts in the comments!