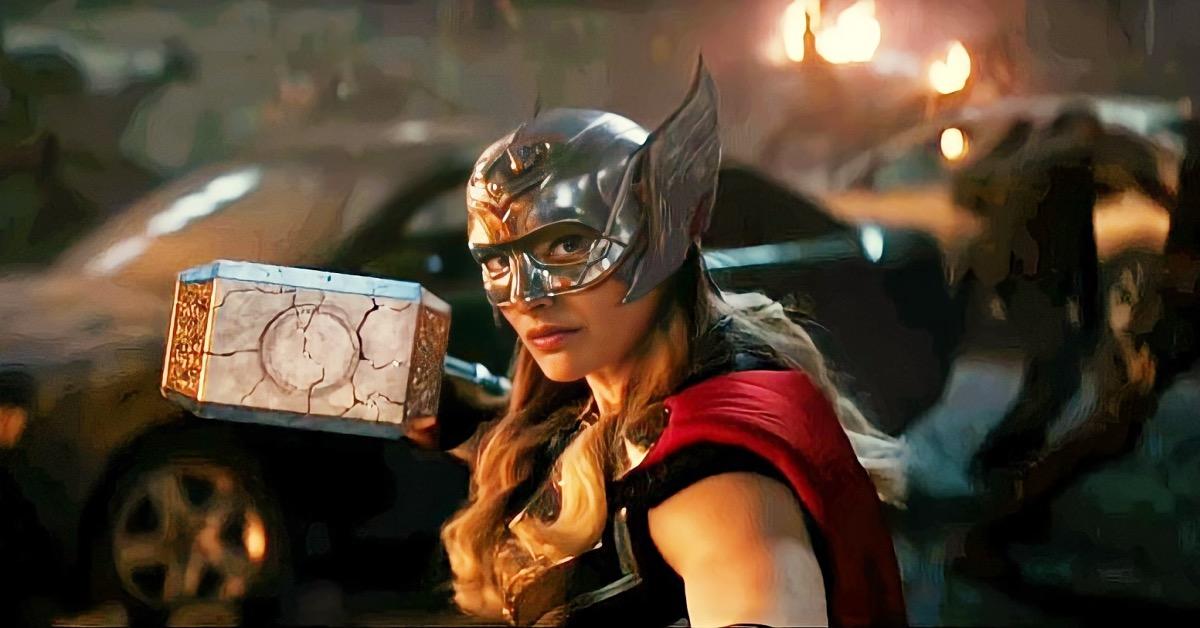 When you settle into the theater to watch Thor: Love and Thunder, chances are you’ll be able to scoop some popcorn out of your just purchased Mjolnir-shaped popcorn bucket. Tuesday night, theaters took to CinemaCon to show off some collectible offerings beings sold during the summer blockbuster season. Standing strong amidst every other movie in the field is Marvel’s Love and Thunderwhich is packing a punch with its Mjolnir bucket and more.

In snapshots captured by Collider, the reforged Mjolnir is only the tip of the iceberg. Other neon-infused buckets and cups will be available for purchase, perfectly setting the tone as you’re getting ready to settle into your seats for the movie. The website does not list a certain chain these will be available at, but you can see the pictures of the merch below.

As revealed in the film’s first teaser and its associated merchandising, Jane Foster (Natalie Portman) somehow manages to put the pieces of Mjolnir back together.

“It was really fun,” Portman previously told Vanity Fair as she detailed her workouts and training. “I worked with a trainer, Naomi Pendergast, for, I think it was, four months before shooting, and then obviously all the way through filming. We did a lot of weight training and a lot of protein shakes — heavyweight training that I haven ‘t ever done before. Of course, I never really aimed to get bulky. It was very physical, so it was a lot of both agility work and also strength work. ” She added later in the same interview, “It definitely helps you get into character, and it’s definitely changed the way I move. You walk differently; you feel different. I mean, it’s so wild to feel strong for the first time in my life . “

Thor: Love and Thunder opens in theaters on July 8th.

What other surprises do you think are in store for Thor: Love and Thunder? Let us know your thoughts either in the comments section or by hitting our writer @AdamBarnhardt up on Twitter to chat all things MCU!