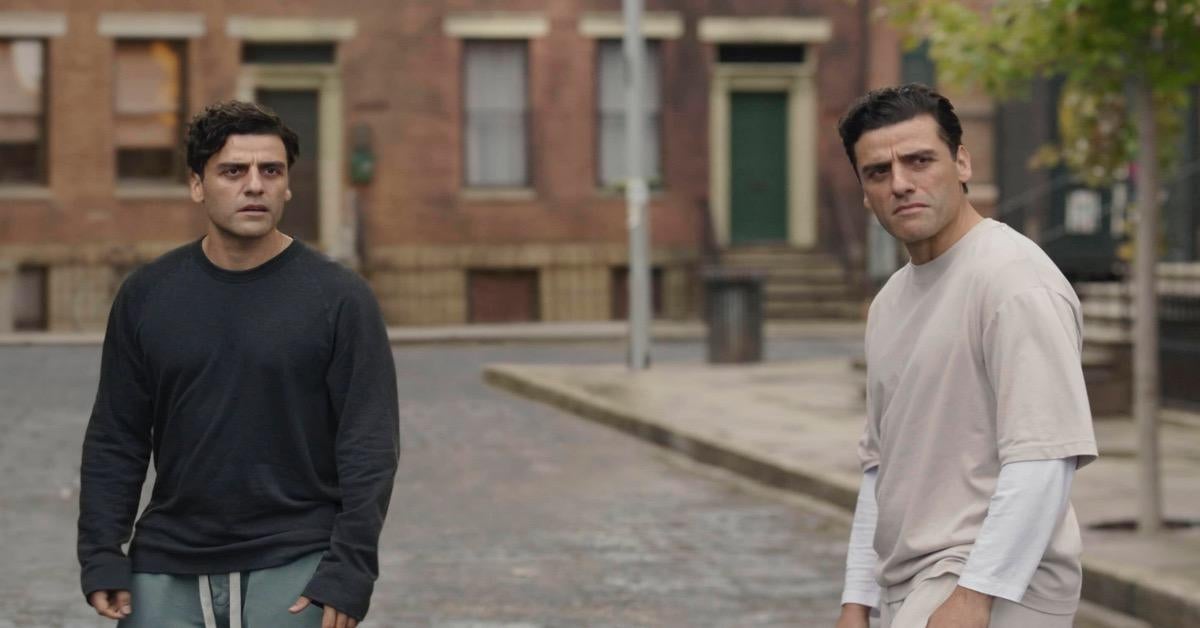 Marvel Studios’ Moon Knight has been on a bit of a hot streak with every episode it puts out. The focus on Moon Knight’s Dissociative Identity Disorder has created a bit of mystery in the series because you do not know much about Steven Grant or Marc Spector. With its fifth episode, the series has lifted the curtain on the mystery of Marc Spector and Steven Grant’s origins. Executive Producer and director Mohamed Diab and consulting producer Sarah Goher recently had a discussion with Marvel.com where they broke down the origins of Marc Spector’s multiple personalities. Diab detailed how being responsible for his brothers death triggered the beginning of Marc’s disorder.

“His biggest fear, his biggest problem in his life,” Diab revealed. “He shielded himself from the memory of him being responsible for what happened to his brother. I think it’s one of the most emotional things that people are going to see in a Marvel Studios TV show.”

“One of the bigger challenges that we had was that you have this ongoing battle of the gods in this great, epic world, and then you have Marc Spector’s internal trauma and his battle with himself,” Goher reveals. “How do you connect it so you do not feel like you have two stories that have just been cut together? What if that great battle was really a reflection – it was the duality of his internal battle?”

The latest episode of Moon Knight also dives into some pretty deep waters with the introduction of Marc Spector’s mother, Wendy. During the episode it’s revealed that her reaction to her son’s accidental death was a major catalyst for Marc to create the Steven Grant personality to protect himself from the harsh reality of how his mother treated him. Goher revealed the thought everyone behind-the-scenes of Moon Knight put behind this storyline.

“We wanted to be super respectful about how grief could turn someone into a monster but it also [needed to reflect] that she’s not a bad person, “the Moon Knight producer continues. “The smallest things can affect a child, and then it could set off a domino effect of things. I remember we were talking with Oscar and Mohamed, it just felt like having the whole thing with the mom felt so real. You could easily connect it also to the whole greater world of the gods [battling for power]. “

The series has done a brilliant job with its handling of the characters with Dissociative Identity Disorder and episode five definitely proves it. Marc and Steven’s relationship has blossomed into a sort of brotherly bond and I hope the series leaves them in a good spot. During a recent discussion with ComicBook.com, Moon Knight director Mohamed Diab revealed how the series went about bringing both Marc and Steven to life.

“First of all we have to give it to Jeremy Slater, ’cause there’s so many iterations of Moon Knight and all of them are interesting but to take the story and make Steven into someone that everyone can identify with him and all of a sudden that person discovers that he has a different identity which is a superhero, a genius pitch. I love that, “Diab explained. “I tried to get to take that and to disorient the audience as exactly Marc and Steven. And by the way, one of the scariest things for me as a storyteller was the switch. We love Steven now, and all of a sudden switch. Now we’re with Marc, someone you know nothing about. He looks like him, he’s completely different. And he seems like a harder guy to fall in love with. But again, I think we succeeded in that. At least that’s what the people who saw the episodes are telling us. “

Marvel Studios and Disney + describe the series as: “Moon Knight follows Steven Grant, a mild-mannered gift-shop employee, who becomes plagued with blackouts and memories of another life. Steven discovers he has dissociative identity disorder and shares a body with mercenary Marc Spector. As Steven / Marc’s enemies converge upon them, they must navigate their complex identities while thrust into a deadly mystery among the powerful gods of Egypt. “All five episodes of Marvel Studios’ Moon Knight are exclusively streaming on Disney +.

What do you think about the latest episode of Moon Knight? Let us know your thoughts either in the comments section or by hitting our writer @NateBrail up on Twitter!