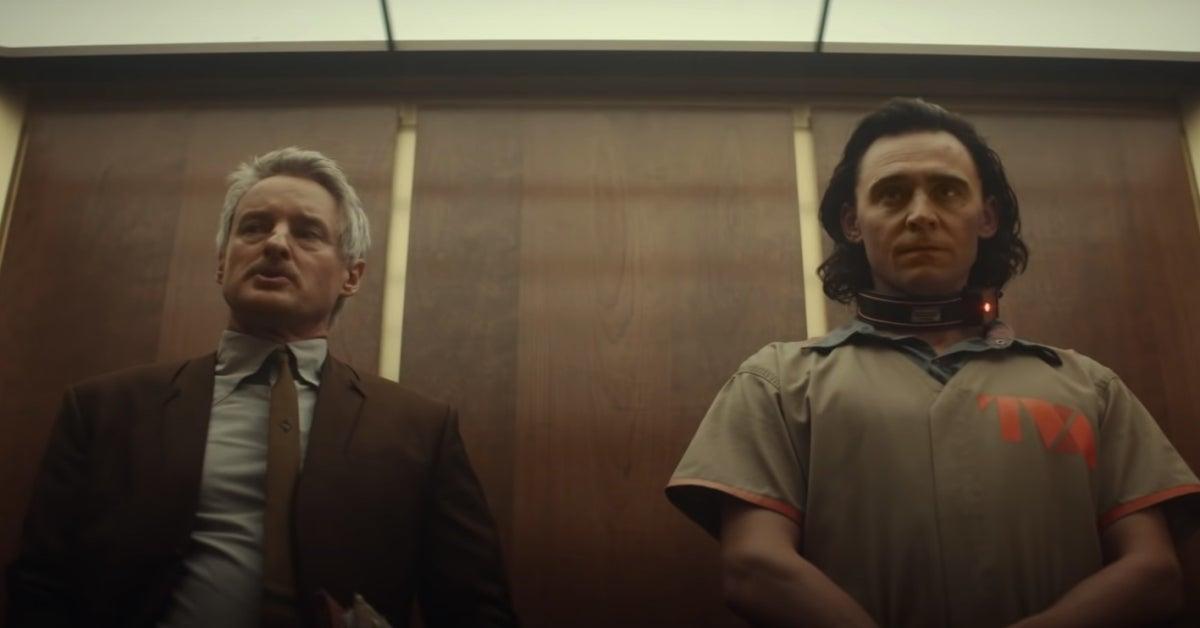 Loki finished off a fantastic first season on Disney + and it is arguably the best Marvel Studios series to date. The series featured the pairing of Tom Hiddleston and Owen Wilson, and the duo had some of the best chemistry in the Marvel Cinematic Universe. Throughout the season their bromance blossomed and you could see how much they cared about each other. A pivotal moment in Loki and Mobius’ relationship was during the second episode when Loki agreed to work with the Time Variance Authority. Apparently, a major moment in the series was improvised by Wilson. While speaking with The Playlist, Hiddleston revealed details on the scene.

“There was a day I remember it often happened with Owen Wilson where we would be doing a scene and he would do something unexpected. There was a scene where Mobius is very irritated by Loki who is kind of stalling the operation in episode two,” Hiddelston said. “And he’s playing a very interesting psychological game with Loki and trying to motivate him in some way to be a bit more responsible. And he referred to Loki as an ice runt or something. And I noticed that the collar on his shirt was undone and his tie was loose. And we felt very playful and it was a great little tennis match and I leaned forward and just straightened his tie. It’s adorable that I’m 10 and steps ahead of you, and then watching Owen’s face as I straightened his tie. It’s those little moments, which I remember and Owen was just so inventive. “

The series opened up some pretty big doors for Phase Four of the Marvel Cinematic Universe after its mind-blowing season finale. The season finale broke the multiverse and introduced us to Jonathan Majors’ Kang the Conqueror. But it seems that Head Writer Michael Waldron thinks that the second season of the series could top the first. During a recent interview, the writer of the series reveals why.

“Benson and Morehead, I know those guys. They’re great. They’re brilliant in their own right. You know, I think they’re going to come in and they’re going to do what everybody on this project does, which is to elevate, you know? Then they’ll take what was great about it and fit it with their own awesome instincts and everything and hopefully will make something even better. ” The writer added.

Hiddleston is expected to appear next in Doctor Strange in the Multiverse of Madness. Here’s how Marvel Studios describes the film: “To restore a world where everything is changing, Strange seeks help from his ally Wong, the Sorcerer Supreme, and the Avengers’ most powerful Scarlet Witch, Wanda. But a terrible threat looms over humanity and the entire universe that no longer can be done by their power alone. Even more surprising, the greatest threat in the universe looks exactly like Doctor Strange. “

What were your thoughts on Owen Wilson in the series? Let us know your thoughts in the comments section below or by hitting up our writer @NateBrail on Twitter!