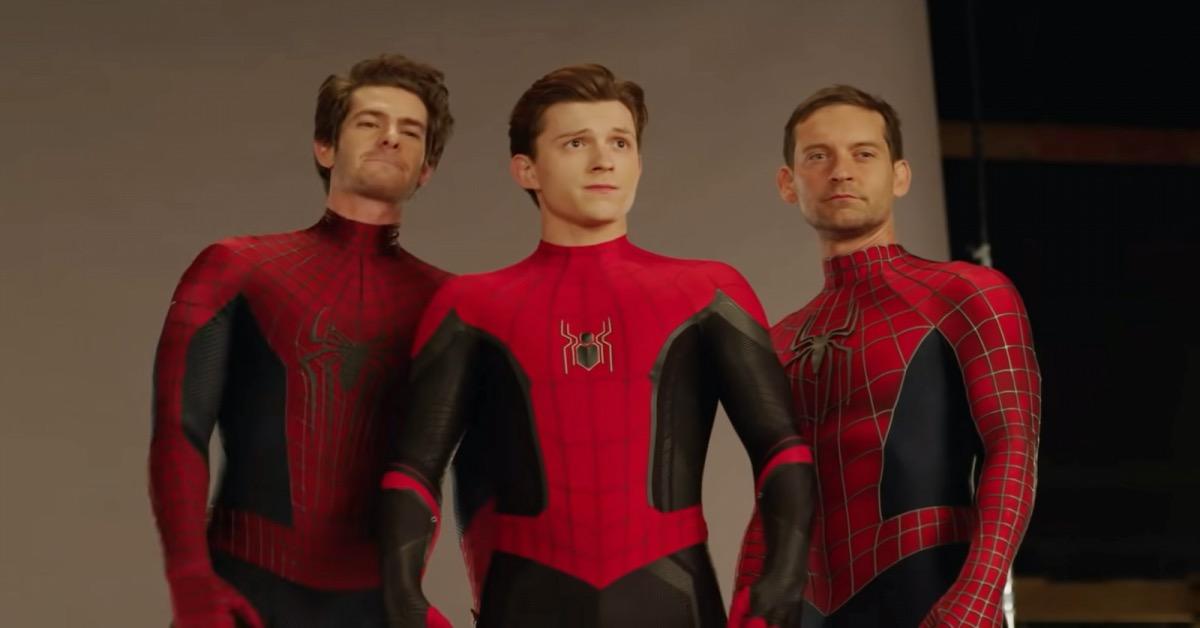 Sony Pictures is celebrating 20 years of Spider-Man movies by making the all-new 30-minute retrospective Spider-Man: All Roads Lead to No Way Home completely free. The studio tweeted a link to the website spidey20th.com which directs fans to a number of websites (Apple TV, Amazon Prime Video, Vudu, Microsoft, and Redbox) where the full featurette can be watched. Featuring all-new interviews with actors Tom Holland, Andrew Garfield, and Tobey Maguire, plus producers Kevin Feige and Amy Pascal, and director Jon Watts, among others. Encompassing the 20 years of live-action Spider-Man movies, you can watch it here.

20 years of Spidey has been leading to this! Check out the bonus 30-minute retrospective ALL ROADS LEAD TO NO WAY HOME, hosted by @ohsnapjbsmoove spirit @MartinStarr and complete your #SpiderMan collection – now on sale for a limited time at https://t.co/IHfiv5zQuy. # Spidey20th pic.twitter.com/VZw6xg0rlp

The trio shared the screen in last year’s dynamite hit Spider-Man: No Way Home, but considering the intense level of secrecy that Marvel Studios applies to all of its projects their existence was denied up until the film’s release. Poor Andrew Garfield found himself fielding questions for the entire year while promoting his other work but as the actor put it, it was kind of fun in the end.

“It was stressful, I’m not gonna lie,” Garfield revealed in a previous interview. “It was rather stressful but also weirdly enjoyable.” He added, “It was like this massive game of Werewolf that I was playing with journalists and with people guessing, and it was very fun … There were moments where I was like, ‘God, I hate lying.’ “I do not like to lie and I’m not a good liar, but I kept framing it as a game. And I kept imagining myself purely as a fan of that character, which is not hard to do.”

It’s unclear what the next few years of Spider-Man will look like on the big screen but plans are reportedly in place for a fourth Spider-Man movie with Tom Holland in the lead role, while the next two animated Spider-Verse movies have also been slated for release.