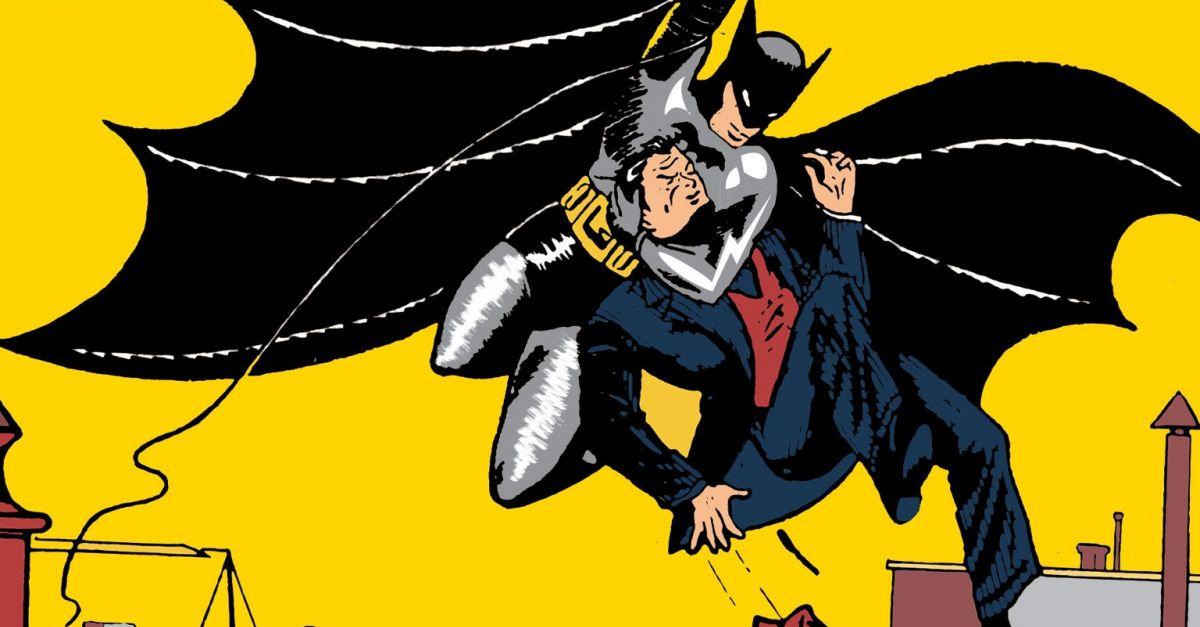 If you’re a Batman fan with a million bucks or so just laying around collecting dust, we have good news! A graded copy of Detective Comics # 27, famously the first appearance of the Dark Knight, is up for auction. The current bid is $ 900,000. The auction, from Goldin, also features other rare comics and original art, including a copy of Amazing Fantasy # 15 (the first appearance of Spider-Man) and the original cover art to DC’s Showcase # 24, which featured one of the earliest appearances of Hal Jordan and was drawn by the character’s co-creator, Gil Kane.

The auction is an interesting one, because it features some valuable and historically significant comics, but few that are graded especially high. Besides the first appearances of Spider-Man and Batman, first issues of Superman, Batmanand Wonder Woman are available, but all in 5.0 or lower grades. the two exceptions are an X-Men # 1 that weighs in at 8.5, and an incredible 9.8-rated copy of Eastman and Laird’s Teenage Mutant Ninja Turtles # 1. All of the grades were provided by CGC.

“It’s rare to have even one of these amazing books featuring the first appearances of these culturally iconic heroes in a collection, let alone all of them,” said Goldin Executive Chairman and Founder Ken Goldin. “We are so honored to be able to showcase so many pillars of the comic world showcased in one sale. When you add to that the one of a kind original Gil Kane Green Lantern art, this auction is going to turn a lot of heads into the hobby. “

At the time, that issue broke the record for the most ever paid for a single comic book by more than $ 1 million. In September 2021, a graded copy of Amazing Fantasy # 15 sold for a then-record $ 3.6 million. The Amazing Fantasy # 15 in the Goldin collection did not quite match that copy’s 9.6 grading, but at 8.0, it’s still in very good condition, given what the book is. Between it and the Detective Comics, it would hardly be surprising if this auction is looking at $ 5 million or so by the time all is said and done.

Per the event’s description, “The Goldin Elite Auction is a carefully curated sale of the rarest and most sought-after collectible items across sports, comic books, pop culture, movies, music and more. For the complete list of items, visit: https “//goldin.co/buy. Featuring more than 700 items overall, the auction is predicted to smash industry records when it closes on May 21.”