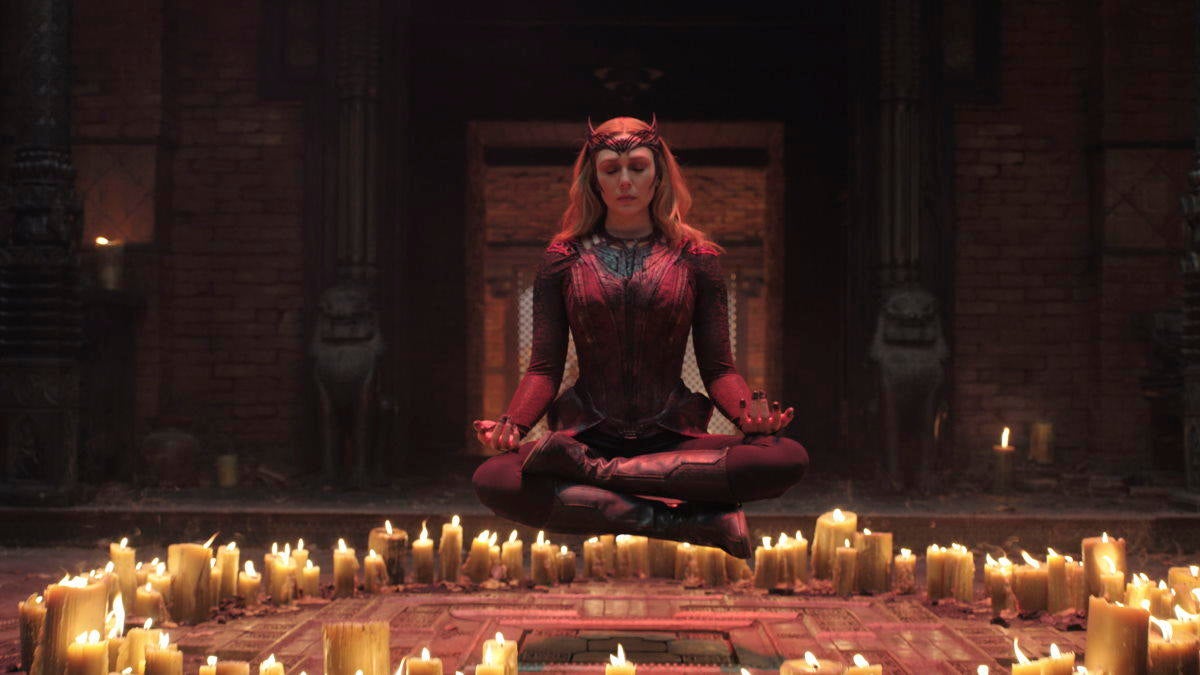 The eagerly anticipated Doctor Strange in the Multiverse of Madness is finally in theaters which means that Marvel fans are getting to finally see what’s next for Wanda Maximoff after the events of WandaVision which saw her become the Scarlet Witch, but also face some heavy personal losses after dropping the hex she’d been imprisoning Westview in. But Wanda’s journey in Doctor Strange in the Multiverse of Madness is itself very eventful and now Marvel star Elizabeth Olsen tells ComicBook.com that she’s not sure what’s next for the character after the film, but one of the things she would like to explore is an old Wanda.

Speaking with ComicBook.com, Olsen said that she does not have a specific future she’d like to see for the character because of the nature of the MCU overall, but she did like the idea of ​​something from James Robinson’s “Witches Road” story in comics that would see Wanda older.

“I think fans usually have the best ideas and I genuinely do not know where we go from here and what the limitations are of the MCU because I do not follow what their plans are,” Olsen said. “I feel like the fans always know what the plans are, even when they’re not announced. And so, I do not. I do have this image …. There are a few images in my head of, I think they’re from ‘Witches Road,’ as she’s aging and decaying, while using her power and there’s something in that, this older woman, who’s aging from her power, that I’m interested in. And I do not really know what that means, but I kind of would love to be old. “

Olsen also said that Wanda’s journey through WandaVision through Multiverse of Madness is one that even she did not expect.

“I mean, it’s been a ride that I did not expect,” Olsen said. “I got comfortable just taking up a lane and showing just a couple colors of her and it just helping the story and this film as a whole. And then WandaVision, I got to be all the colors of all the rainbows. That was an amazing opportunity, but also an amazing opportunity to remember playfulness and being able to fail and there’s such a freedom that we had while filming that has informed me now in how I approach her. And so, to be with [Doctor Strange in the Multiverse of Madness]I was at first, when I heard, I was like, ‘Really, we do WandaVision and then we do that?’ “

Doctor Strange in the Multiverse of Madness is in theaters now.

What would you like to see next for Wanda? Let us know your thoughts in the comment section.