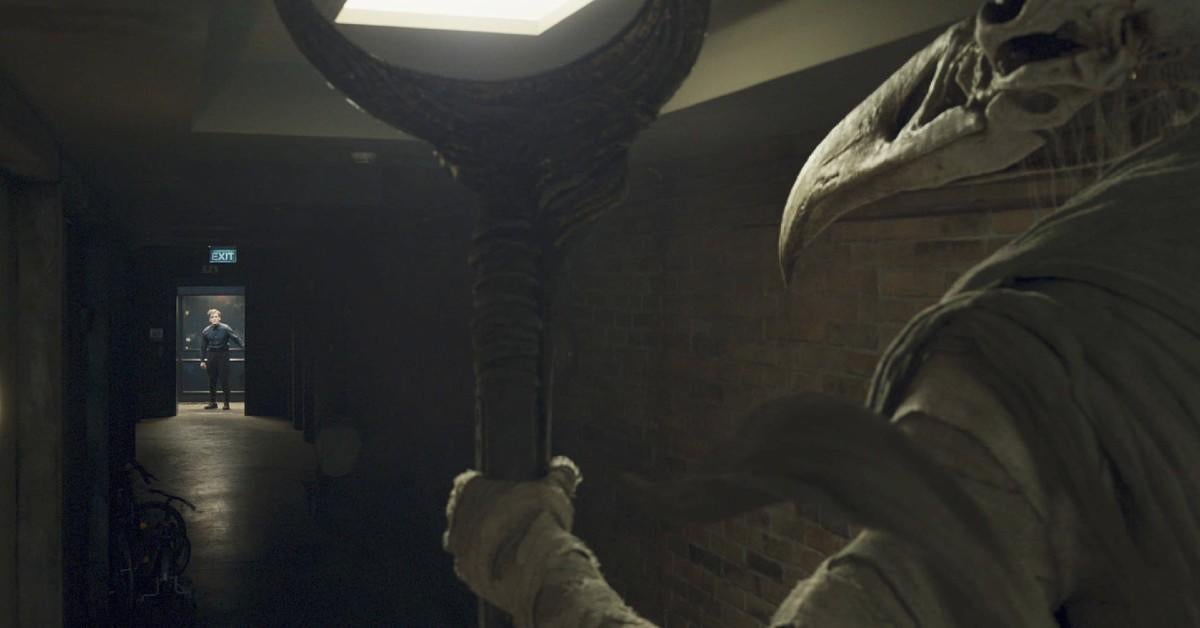 Moon Knight has been one of the best Marvel Studios adventures since Shang-Chi and the Legend of the Ten Rings, and the series features some of the most wild stuff that has never been seen in the Marvel Cinematic Universe. The series includes the first superhero representation of the Egyptian Gods and the main god that featured in the series is Khonshu. Khonshu is where Marc Spector derives his powers from as the Gods avatar, and the series gave us an interesting look at that side of the MCU. One Marvel Studios fan seems to be a big fan of the characters design and has created a low budget cosplay of Khonshu.

An Instagram user that goes by the name of lowbudgetcosplayth created a cool costume that gives fans a low budget way to become Khonshu. The costume uses two pairs of underwear and what looked to be a prosthetic beak with a black mask. It’s pretty cool that the design looks perfect as it could be. You can check out the Moon Knight cosplay below!

Moon Knight’s latest episode featured the introduction of a major character, and it included the revelation that Khonshu is very manipulative. Khonshu promised to release Marc Spector and Steven Grant from his grasp, but it turns out that Marve Spector has more personalities than he thought. The post-credits scene during the final episode of the season reveals that the Jake Lockley personality has existed throughout the entire season of the Marvel Studios series and directors Mohamed Diab, Aaron Moorehead, Justin Benson and cinematographer Gregory Middleton all worked together to drop breadcrumbs for the character. There was a moment in episode one where Marc Spector can be seen looking at a three-sided mirror and the third reflection is barely there. This continues throughout the series where in episode four, after Marc retrieves Steven Grant from the sarcophagus, there’s another sarcophagus that’s intended to be Jake Lockley. Recently, Benson revealed how the character they revealed during the action-packed season finale was there all along. While speaking with Marvel.com the director explained how they planted seeds for the surprise role during each episode.

“We were intentionally planting the seed,” Benson elaborates. “You’re trying to ride this line of it being like, the mystery, that may not mean a lot to people that do not know the Moon Knight canon super well,” Benson said. “But that when you see the coffin, there’s that the movement and sound coming from it that may even feel like something supernatural or demonic. While also trying to ride this line that it’s not literally going to be a creature from the descent popping out. It’s going to be a person later. But trying to make it feel so dangerous; just a beat, a feeling there’s something extraordinarily dangerous. “

Marvel Studios and Disney + describe the series as: “Moon Knight follows Steven Grant, a mild-mannered gift-shop employee, who becomes plagued with blackouts and memories of another life. Steven discovers he has dissociative identity disorder and shares a body with mercenary Marc Spector. As Steven / Marc’s enemies converge upon them, they must navigate their complex identities while thrust into a deadly mystery among the powerful gods of Egypt. ” All episodes of Marvel Studios’ Moon Knight are now available on Disney +!

What do you think about the Khonshu cosplay? Let us know your thoughts either in the comments section or by hitting our writer @NateBrail up on Twitter!