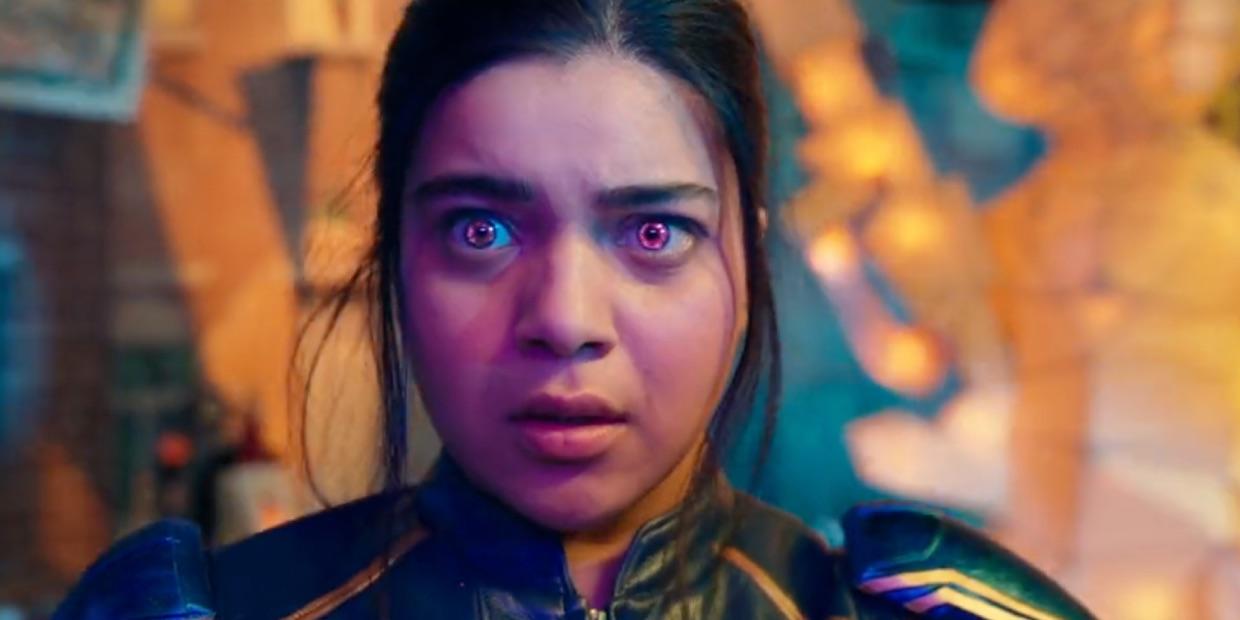 Sure, Moon Knight just wrapped up on Disney + and Doctor Strange in the Multiverse of Madness is in theaters now, but there’s another exciting entry in the MCU on the horizon: Ms. Marvel. We’re exactly one month out from the debut of the Disney + series and to mark the countdown, Marvel Studios has released a new one month teaser for the series reminding fans that we’ll soon be witnessing the beginning of a new marvel. You can check it out for yourself below.

Ms. Marvel will star Iman Vellani as Kamala Khan / Ms. Marvel. Vellani will also appear as the character in Nia DaCosta’s The Marvel’s next year and the actor has previously spoken about how important and inspiring it is to see the character, who is Muslim and Pakastani, represented in the MCU.

In one month, witness the beginning of a new marvel 💥@MsMarvelan Original series from Marvel Studios, starts streaming June 8 on @DisneyPlus. #MsMarvel pic.twitter.com/VAAT7dHe0y

“The fact that the show is being made and they’re including this character in the MCU is [what’s important], “Vellani said.” I do not really have to go out of my way to talk about being a Muslim and being Pakistani – it all comes out in the show. People seeing a person like me involved in a project as big as this is, I think, inspiring enough. “

Ms. Marvel is Vellani’s acting debut, something that the actor still has not quite gotten over. She previously spoke about how strange it is to watch herself on screen, but also said that it’s “terrifying, but in a fun way.”

“It’s weird. It’s really weird,” Vellani said. “Watching yourself is like the most cursed thing ever. Like, I do not know what I look like, and I realize that now. Like, you know what you look like, but you do not. Like you do not know what you look like when you eat, when you’re happy, when you’re sad, or when you run — running is the worst, in my opinion. Yeah, it’s terrifying, but in a fun way. “

The description for Ms. Marvel is as follows: “Marvel Studios'” Ms. Marvel “is a new, original series that introduces Kamala Khan, a Muslim American teenager growing up in Jersey City. An avid gamer and a voracious fan-fiction scribe, Kamala is a Super Hero mega fan with an oversized imagination — particularly when it comes to Captain Marvel. Yet Kamala feels like she does not fit in at school and sometimes even at home — that is, until she gets super powers like the heroes she’s always looked up to. Life gets better with super powers, right? ”

Are you looking forward to Ms. Marvel? Let us know your thoughts in the comment section!