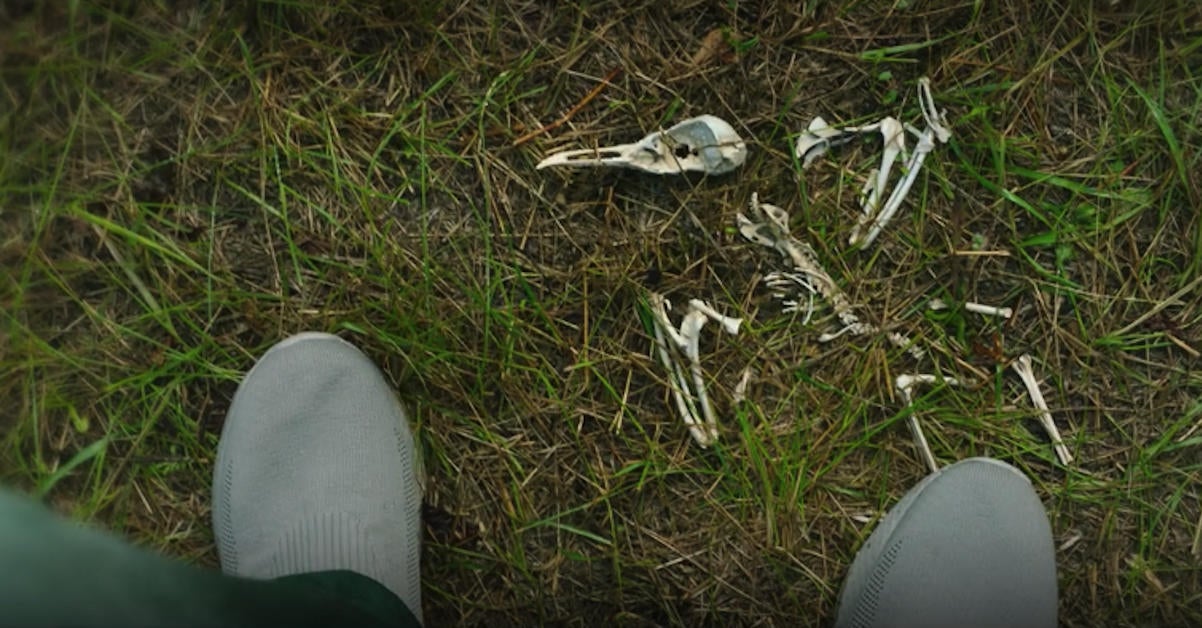 Marvel Studios’ Moon Knight series brought over its titular character’s origin story from the comics, revealing that the Egyptian god Khonshu offered Marc Spector a deal when he was on the verge of death. At that moment, Marc became the Moon Knight, Khonshu’s avatar. We saw that scene play out in the Moon Knight TV series, but a flashback to Marc’s childhood made it seem like Khonshu was maybe involved in Marc’s life as a child.

During the flashback, on the day his little brother died in an accident, Marc noticed a set of bird bones lying in the grass that closely resembled Khonshu. According to head writer Jeremy Slater, those bones were not part of the initial script, and he’s not sure when they made their way to the scene.

“That was not in the script. I do not know if they found that on the day or if that was sort of added at some point, but for me that’s one of those details where I like, I did not come up with that, so I can not say what it was supposed to mean, “Slater told TheDirect.com. “But as a storyteller, I see that and my mind starts spinning immediately, and I start asking a lot of questions.”

Slater went on to elaborate on those questions that popped into his head, many of which were likely asked by fans as well. Khonshu and Marc being connected in any way all those years ago could have major implications on their already difficult relationship in the present.

“How early did Khonshu come into their lives? Has he been manipulating things from the start? Or is it just fun foreshadowing? Is it one of those things to make you question if all of this is just happening inside of Marc’s head, and none or is it real? Or is it actually a bread crumb that leads to something bigger and more interesting down the road, “the writer continued. “I do not know, but I think those theories are really fun.”

What did you think of Marvel’s Moon Knight series? Let us know in the comments!