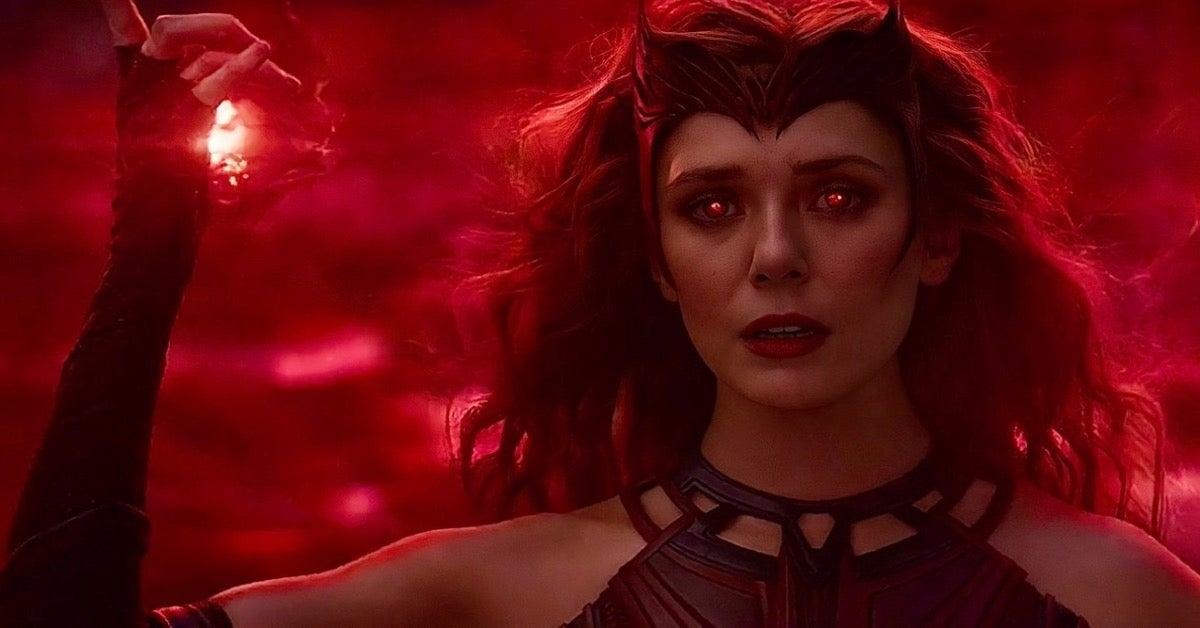 Doctor Strange in the Muliverse of Madness featured some interesting cameos from across the multiverse. By now we should all know that the film featured appearances by Patrick Stewart, Haylee Atwell, Anson Mount, Lashana Lynch and John Krasiniski as Professor Charles Xavier, Captain Carter, Blackbolt, Captain Marvel and Mr. Fantastic respectively. The Doctor Strange sequel has some surprising moments, but none more surprising than Scarlet Witch taking on the Illuminati. So you would assume the actress would have gotten to know her co-stars. During a recent interview with Vanity Fair Elizabeth Olsen reveals she does not know Krasinski.

In the video, the Scarlet Witch actress takes a lie detector test where she’s asked a bunch of random questions that she has to answer truthfully. The interviewer begins asking her hilarious questions about her co-stars that included Benedict Cumberbatch, and Krasinski. Olsen is asked if she thinks the actor is the smartest man alive, and she winds up revealing that she’s never even met him. The revelation is pretty insane considering they shared the screen with each other for Doctor Strange in the Multiverse of Madness. You can check out the video below.

“The danger is you can expand your scope too wide, and you can actually reduce the stakes if you do not make it personal as you go bigger and wider. But the opportunity in the multiverse is to have characters confront literal ‘What ifs? ‘ and alternate versions of themselves and perhaps others in their lives. It’s an interesting way to hold up a mirror to characters, “Waldron said. “In every way, it shapes the emotional heart of the story. It has to. The multiverse isn’t just a MacGuffin where we’re like, ‘Okay, this is just a kitschy thing that we’re playing with in this movie . ‘ If you’re faced with alternate realities and with alternate versions of yourself that has to become the emotional heart, exploring who you might be if you were a different version of yourself, if you made other choices, the right choices or the wrong choices. It’s complex stuff, emotionally, and that’s exactly why it’s so thrilling and so great for a cast as dramatically talented as this one. “

What do you think of the video? Let us know your thoughts in the comments section below or by hitting up our writer @NateBrail on Twitter!