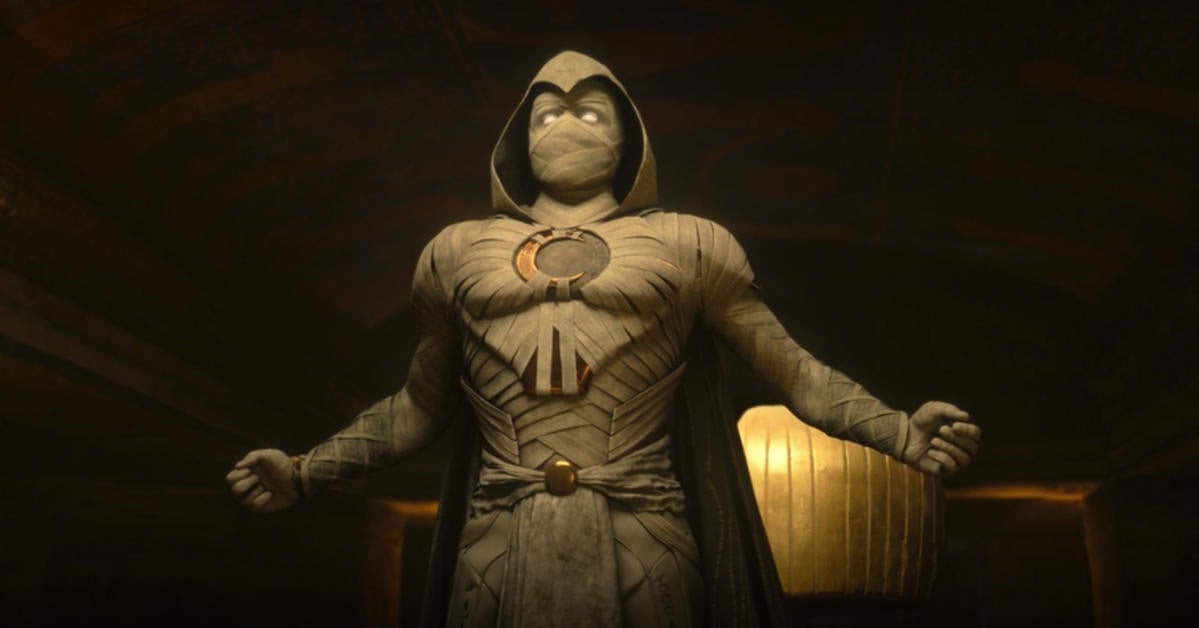 Marvel’s latest series on Disney +, Moon Knight, is easily one of the most unique entries in the Marvel Cinematic Universe to date. The action-packed story feels less like a comic book superhero tale and a bit like something more epic with its dive into the lore of the Egyptian gods and even a bit of globe-trotting adventure as well. And it turns out, that unique quality of Moon Knight goes all the way back to the pitch. Moon Knight head writer Jeremy Slater recently told ComicBook.com’s Adam Barnhardt that he pitched the series as something along the lines of Ghostbusters meets Brendan Fraser’s The Mummy.

“I kind of came back with a pitch that was tailored kind of towards the stuff I love and the stuff I grew up on, which is Raiders of the Lost Arkit’s Ghostbustersit’s Amblin films, it’s the Brendan Fraser Mummy movie, “Slater said.” It’s things like that. There was a lot of DNA in the pitch of like, ‘Let’s take the best, some of the best visuals and ideas from the Jeff Lemire run, but let’s sort of wed it to this big, crazy, globetrotting Indiana Jones-esque adventure, because that’s something that has not been done before in the MCU. “

He went on to talk about how the series could have easily been framed as a street-level vigilante story, but Marvel was looking for something a little unexpected with Moon Knight.

“There’s been plenty of shows that have had sort of the street level vigilante beating up the purse snatchers and the drug dealers and things like that,” Slater said. “We could have very easily made a Moon Knight show that was much more faithful to those roots, but I do not think Kevin [Feige] was interested in that. I think he was really looking to make a Moon Knight show that felt unpredictable and wild and really took the audience on a ride. I think that’s why I probably got the job over all the people I was pitching against. I think our ’80s taste probably just lined up in the right way. “

Of course, just because their tastes lined up did not mean the process was not terrifying for Slater. He also explained that the pitch was especially terrifying for him because Feige is someone that he considers one of his entertainment heroes.

“Oh, it’s terrifying,” Slater said. “It’s absolutely terrifying because, look, not to get sappy or anything, but Kevin Feige is one of my heroes. He is up there with Spielberg in the ’80s as one of the greatest producers to have ever lived. I am one of those Marvel fans that is at every MCU movie on opening night.I’m one of those guys in the theater at [Avengers: Endgame] screaming my head off. So, as a super fan, when Kevin Feige walks into the room and you’re sitting in a Marvel pitch room surrounded by like, ‘Hey, there’s one of the original Iron Man Mark IV helmets, and here’s Thor’s hammer sitting in a glass case. ‘ You are surrounded by not only film history, but my childhood came to life. “

All six episodes of Marvel Studios’ Moon Knight are now streaming on Disney +.