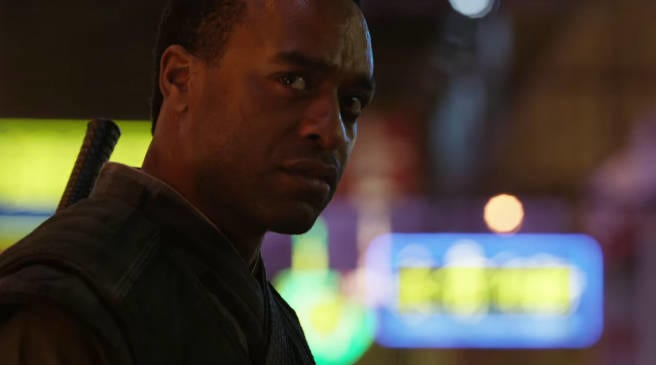 Now that Doctor Strange in the Multiverse of Madness has been out in theaters for a couple of weeks, fans are already looking forward to what’s next for the mystical franchise. Before long, the critically-acclaimed sequel will arrive on home media with a slew of bonus content. While it’s yet to be confirmed this will be one of the deleted scenes included with that home media release, one insider suggests the movie was supposed to start off with a scene between Earth-616’s Baron Mordo (Chiwetel Ejiofor) and Wanda Maximoff (Elizabeth Olsen ).

According to YouTuber Heavy Spoilers (via The Direct), Mordo was going to approach Wanda at her farm on his mission to slaughter all users of magic within the universe. As you might suspect, the scene did not end well, with Wanda reportedly killing the Master of the Mystic Arts.

“If you cast your mind back to the end of Doctor Strange, then you’ll remember that the post-credits scene had him going on a quest to kill the Wizarding World worse than Fantastic Beasts did,” Heavy Spoilers says in a recent video . “In Multiverse of Madness, Strange even mentions how Mordo has been trying to kill him when he meets the Illuminati version. But, this is something that we’ve never seen and it’s definitely not something that he would really know about as Mordo never really said anything along those lines at their last meeting. “

“Now Mordo was going to be the main villain that showed up in the introduction to the movie and he’d be used to demonstrate Wanda’s new ruthless attitude,” the YouTuber adds. “He would go to attack her and she’d turn him into mom’s spaghetti, beheading him within seconds of his arrival. It was going to be a big way to start the film and it instantly cemented Wanda as the villain.”

After that, the content creator suggests the movie would have then jumped into the gap junction sequence where America Chavez (Xochitl Gomez) and Defender Strange (Benedict Cumberbatch) were running away from the demon, the sequence the final cut of the movie.

Instead of Mordo visiting the villain, Strange is the one that visits Wanda at her farm. While she does not kill him then and there, the farm setting does confirm the character’s villainous turn and Ejiofor does eventually appear, only as Earth-838’s Baron Mordo, the Sorcerer Supreme of that universe of the death of Strange Supreme.

Doctor Strange in the Multiverse of Madness is now showing exclusively in theaters around the world. What’d you think about the sequel? Let us know your thoughts either in the comments section or by hitting our writer @AdamBarnhardt up on Twitter to chat all things MCU!