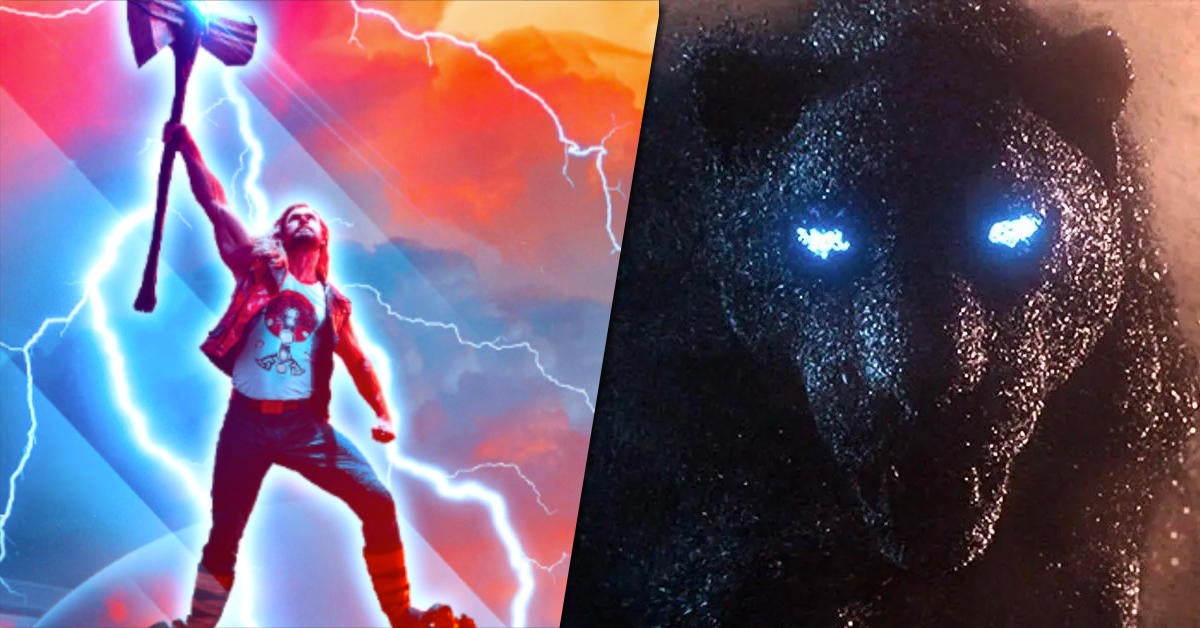 Thor: Love and Thunder is the next film on the release slate for Marvel Studios, and the House of Mouse is hard at work making sure theaters are backed for the picture. Monday, a new still from the Taika Waititi film made its way online, showing a convening of the gods, likely addressing a big problem at hand: the arrival of Christian Bale’s Gorr the God Butcher. While the inclusion of Valkyrie (Tessa Thompson) and the Mighty Thor (Natalie Portman) in the image is not all too surprising, the appearance of another god ties the film simultaneously to both Black Panther: Wakanda Forever spirit Moon Knight.

Below the Asgardians appears to sit Bast, the god worshiped by Wakandans in Black Panther, confirming earlier rumors the character would appear thanks to a portrayal by Akosia Sabet. In Ryan Coogler’s initial film, the goddess never appeared in the flesh, only is a vision during an opening exposition dump explaining the country and its traditions. The character was also reference in Moon Knight as a member of the Egyptian Ennead. See the pic for yourself below.

Though Bast never appeared in Moon Knight, the show’s head writer Jeremy Slater previously told us he thought those gods could appear in the flick as a cameo role. After all, we know the Greek Pantheon is appearing in addition to the Asgardians from Norse mythology and Bast from Egyptian mythology.

“Oh, God. I do not know,” Slater replied when asked if any of the Moon Knight gods might show up in Thor: Love and Thunder. “Honestly, I do not know. If so, my guess is it’s sort of a background cameo thing, but I really do not know the answer to that. That be cool if it did. Make me very happy, I’d love to see Taweret it in there somewhere, as long as she’s not someone who’s getting butchered by Gorr. ” Slater added, “If they kill Taweret, I’m done. I’m officially retired. I will not recover from that personally. A hippo means more to me than most of the people I know in real life. Yes.”

Thor: Love and Thunder opens in theaters on July 8th.

What other surprises do you think are in store for Thor: Love and Thunder? Let us know your thoughts either in the comments section or by hitting our writer @AdamBarnhardt up on Twitter to chat all things MCU!