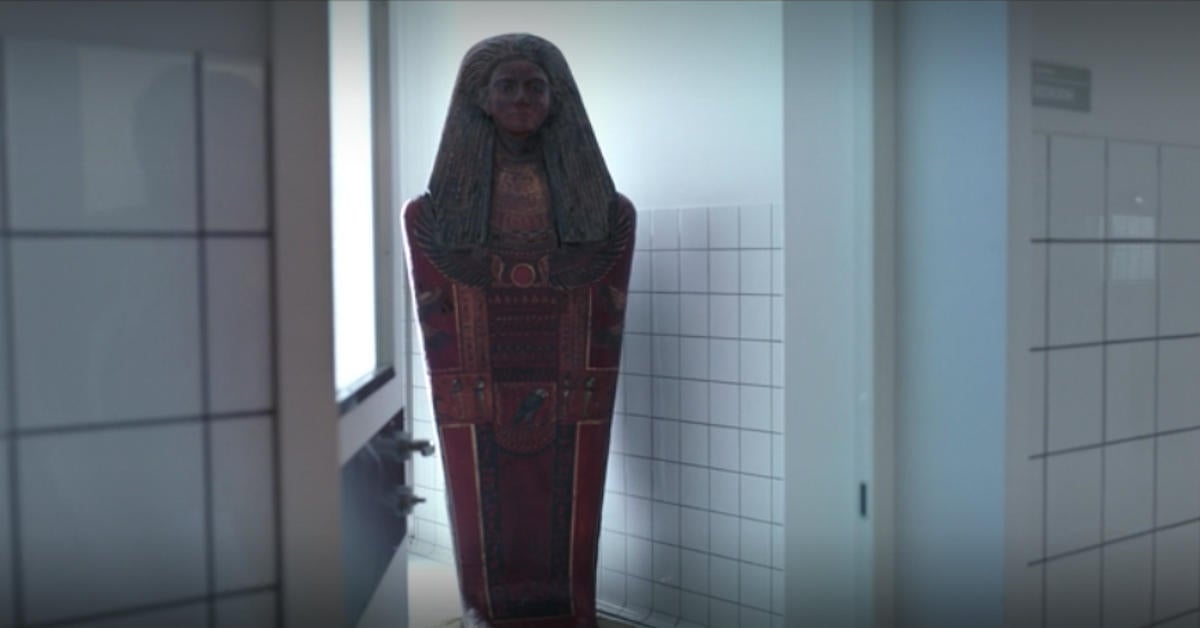 The final scene of Marvel Studios’ Moon Knight finally delivered the twist that fans had been theorizing about all season. The post-credits scene introduced viewers to Jake Lockely, the third (and most dangerous) personality living within Marc Spector’s body. There were plenty of hints about Lockley’s existence throughout the show, but his confirmation in the finale had fans asking questions about a big moment in the penultimate episodes. Marc and Steven were able to balance their scales when they found solace in each other’s existence. If Jake was present the entire time, why did he not factor into the results of the scales?

According to head writer Jeremy Slater, the answer to that question is about what Marc and Steven were aware of. They were completely ignorant to Jake’s existence, so their scales only had to do with the specific conflict they had with one another.

“Yeah, we kept him out of there. Essentially, Marc and Steven needed to reconcile who they were. They needed to come to grips with who they are inside that system,” Slater told The Direct. “They were not aware of [Jake’s] presence, so they did not really have anything to balance in terms of that because they’m still sort of unaware. It was much more about their internal journey over the course of that episode. And a lot of people-I like the fact that there is still healthy debate in terms of what actually causes those scales to become balanced at the end of the episode. “

Slater continued on to offer some clarity on that final scale scene. It was Steven’s sacrifice, not Marc’s acceptance or understanding, that ultimately allowed the scales to balance.

“I’ve seen people say it’s all about Marc kind of accepting Steven’s purpose and everything, and from my perspective, it was always Steven’s decision that ultimately balances those scales at the end,” the writer explained. “Steven realizes that he is the protector of the system, and him finally stepping up and doing that job, and sort of assuming the mantle of what he was always supposed to be. For me, Marc knew exactly who he was over the course of that episode. He was repressing it and delaying it, but Steven kind of had no idea what his purpose was and why he was there. So the misdirect we play is [how] you think it’s Marc who is not coming to grips and dealing with things, and by the end of it, it’s ultimately Steven who has to make that decision. But I love the fact that like fans have their own theories and that people are arguing in my Twitter mentions about it. I think that’s really fun. “

What did you think of Marvel Studios’ Moon Knight? Do you hope to see the show return for a second season? Let us know in the comments!