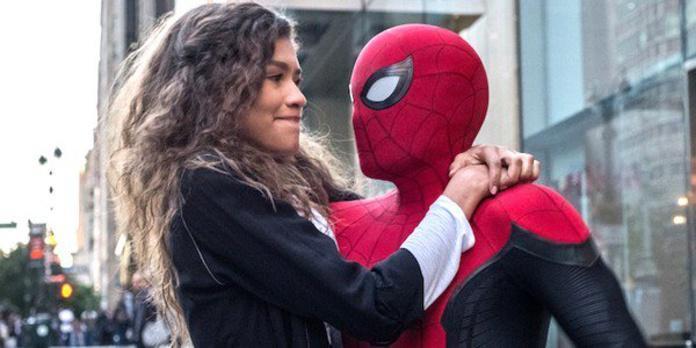 Ever since Spider-Man: No Way Home was released in December, Marvel fans have been wondering if Tom Holland will return for a fourth film. It’s currently unclear whether or not he will be donning the Spidey suit again, and while the actor seems to have mixed feelings about coming back, he’s not discounting a return to Marvel. Back in November, Holland spoke about passing the torch to someone else, saying, “If I’m playing Spider-Man after I’m 30, I’ve done something wrong.” During a recent interview with Esquire Middle East, Holland clarified his comments, saying his words have “been slightly misconstrued.” Recently, Sony executive Tom Rothman spoke with Deadline and revealed he wants Holland to return for a fourth film as well as Zendaya (MJ) and director Jon Watts.

“That whole group, we hope,” Rothman replied when asked if Holland, Zendaya, and Watts are returning. “Then there are movies I would call adjunct to the Spider-Man universe. That’s The requirementswhich we’re shooting now, and Madame Web, which we’ll start in the spring with SJ Clarkson directing. And then there are many Marvel characters that are standalone. When I took over Sony, it was said, ‘Oh, Sony has no IP.’ Not true. We actually had fantastic IP. We just needed to focus on it. We had Jumanji, Bad Boys, Uncharted. Ghostbusters, another example. Just before I got here, they took a turn down a road that did not work out that well. But because of Jason Reitman and his relationship with Ivan, may he rest in peace, we were able to resuscitate that into a tremendous success, both theatrically and in home entertainment. ”

As for Watts, the director was originally supposed to helm Marvel’s Fantastic Four movie but recently dropped out of the project. Watts is now set to helm a Star Wars series, but fans are hoping his days with Marvel aren’t over.

“Collaborating with Jon on the Spider-Man films has been a true pleasure,” Marvel Studios president Kevin Feige and co-president Louis D’Esposito previously told Deadline. “We were looking forward to continuing our work with him to bring the Fantastic Four into the MCU but understand and are supportive of his reasons for stepping away. We are optimistic that we will have the opportunity to work together again at some point down the road . “

Are you hoping Holland and the rest return for a fourth Spider-Man movie? Tell us in the comments!