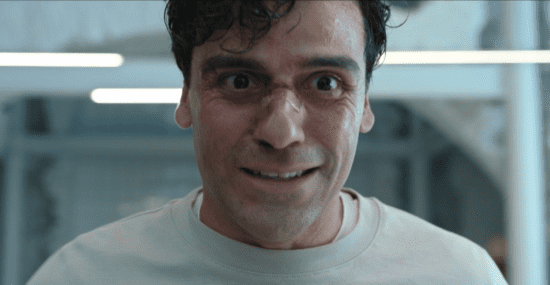 Every Marvel fan was blown away by Oscar Isaac’s award-worthy performance in Moon Knightlikely the first Marvel actor to receive a significant award in a leading role.

Nonetheless, when the infamous character Jake Lockley (the third personality of Moon Knight) finally appeared in the post-credit scene of the season finale, fans were going insane that they did not get to see more of Lockley.

Related: Actor Convinced “Nobody,” Not Even Thanos, Can Beat the MCU’s New Villain

While Marvel confirmed that the New York cab driver had been hiding since episode one, fans want more of Oscar Isaac’s deadly Jake Lockley.

A new tweet from Disney is sparking controversies and calls for a season two confirmation:

All episodes of Marvel Studios’ #MoonKnight are now streaming on #DisneyPlus.

While promoting that all episodes of Moon Knight are streaming on Disney +, fans are in arms that a second season of the hit series has not been confirmed:

Give us a Season 2 Announcement. That’s it, that’s the Tweet.

Give us a Season 2 Announcement. That’s it, that’s the Tweet.

When Loki was billed as a “limited series” by Marvel Studios before debuting on Disney +, fans imagined that they would not be seeing any more solo Tom Hiddleston seasons, but that all changed by season one’s finale.

At the end of Loki season one, it was confirmed that the god of mischief would be returning for a second season. Marvel is currently filming that new season, breaking away from the “limited series” standard they had set beforehand.

Marvel pulled the same trick with Moon Knight, stripping away the original “limited series” billings by the last episode. Nonetheless, there was never a confirmation that “Moon Knight Will Return.”

Fans are eager to see what’s next in the lives of Marc Spector, Steven Grant, Layla El-Faouly (May Calamawy), and Arthur Harrow (Ethan Hawke).

Moon Knight follows Steven Grant (Oscar Isaac), a mild-mannered gift-shop employee, who becomes plagued with blackouts and memories of another life. Steven discovers he has dissociative identity disorder and shares a body with mercenary Marc Spector.

Related: Samuel L. Jackson Thrills Marvel Fans, Is “Back With a Fury”

Do you want another season of Moon Knight? Comment below!