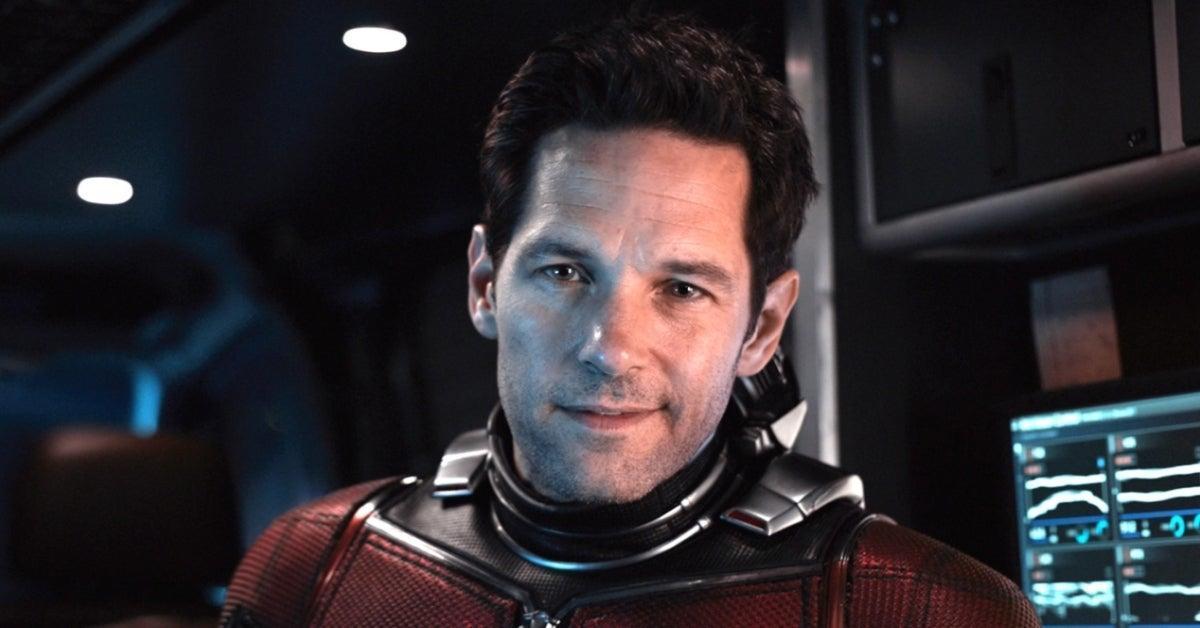 Since his franchise debut in 2015, Paul Rudd has appeared in a total of five films set in the Marvel Cinematic Universe, establishing Scott Lang as a fan-favorite character along the way. We will not officially see Lang’s Ant-Man again on-screen until Ant-Man and the Wasp: Quantumania arrives in theaters next year. However, Rudd did bust out the suit for a great cameo bit this weekend, appearing in Chip ‘n Dale: Rescue Rangers on Disney + and almost stealing the show in the process.

There are a ton of clever and hilarious cameos in the new Rescue Rangers movie, which is something of a meta take on the current era of reboots and nostalgia in Hollywood. Rudd’s appearance comes in the final act of Rescue Rangers and likely ranks amongst the film’s best. As Chip and Dale are running from trouble through a live fan convention, Rudd appears at a table signing autographs for Ant-Man. He tells the fan at the table that the original plan for the character as Aunt-Man, not Ant-Man, and that he had a very different superpower.

“Yeah, originally it was called Aunt-Man. AUNT, “Rudd says in the film.” And my superpower was being really charming to aunts. That’s great, isn’t it? But yeah, they changed it. “

The joke itself gets a great payoff during the Rescue Rangers credits. Several posters for joke movies come up during the credits sequence, and one actually highlights Aunt-Man. The poster shows Rudd in his Ant-Man suit (sans helmet) and surrounded by a few smiling aunts.

During an interview with ComicBook.com, Chip ‘n Dale: Rescue Rangers co-writer Dan Gregor offered some explanation as to how the whole meta narrative of the film came about.

“So that is the genesis of the project and the concept is that, okay, we started really having this conversation with ourselves about, ‘Why do we keep making all these movies and why do we keep rehashing all this old stuff?’ And so once we realized like, well, let’s just put those questions and concerns into the mouths of the characters, “Gregor said. “It really sort of opened up the whole concept of the movie, which is to take them as washed up old actors and living within a Hollywood that will only give them vindication and validation if they participate in that culture.”