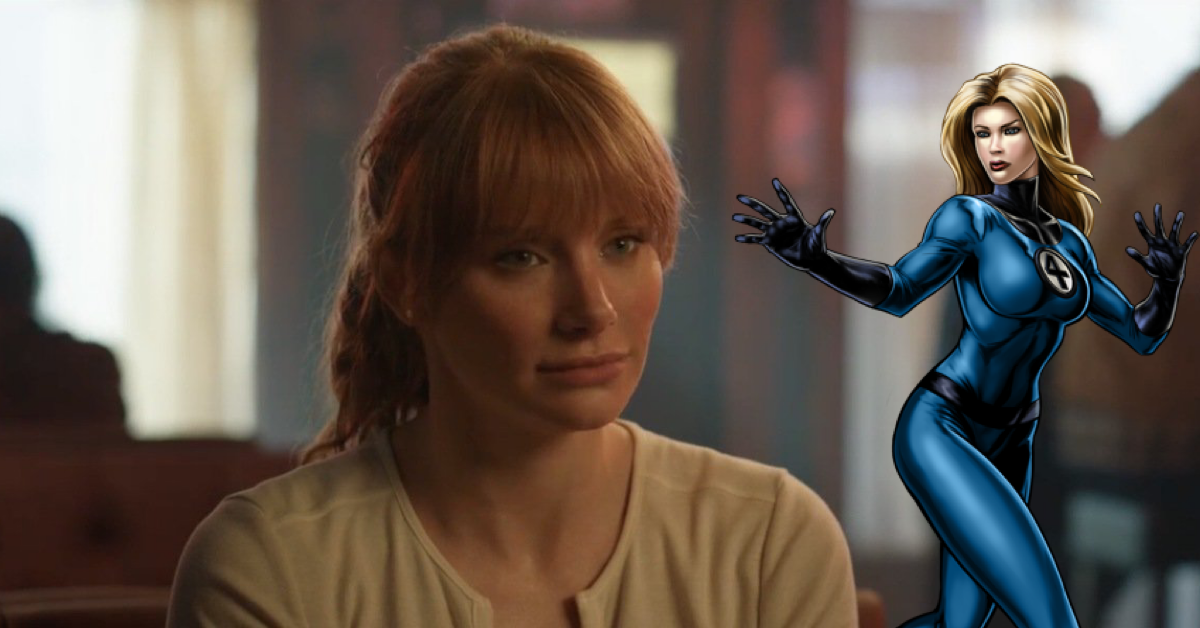 Marvel Studios has already introduced us to a version of Mr. Fantastic during the events of Doctor Strange in the Multiverse of Madness, so we can probably expect to see the rest of Marvel’s first family in an upcoming film. The studio already has a Fantastic Four film in development, but it recently lost director Jon Watts, and not much is known about how far along it was. During a recent press event for Jurassic World Dominion in Mexico City, a fan gave Bryce Dallas Howard a Susan Storm / Invisible Woman Funko Pop due to the actress being rumored for the role and the actress profusely denied it. You can check out the denial in the TikTok below.

The next Marvel Studios film to be released in theaters is Thor: Love and Thunder. Director Taika Waititi recently addressed rumors of the film being a set up for Thor to get replaced during an interview with GamesRadar. In the interview, Waititi reveals that he does not really see the film that way. The director does not believe that Chris Hemsworth will be putting down his ax anytime soon.

“And also, it’s really fun, the idea that Thor [has] got Stormbreaker, that big ax, and now his hammer’s back and it’s in the hands of someone else, “Waititi explained.” It’s no longer his hammer. It’s the idea that someone’s taking his place. I think a lot of fans are gonna potentially assume, ‘Oh, OK, this is the passing on of the torch’ … I’m not privy to any plans Marvel has for the future, but I do not think that’s the case. “

The studio describes the film as follows: “The film finds Thor (Chris Hemsworth) on a journey unlike anything he’s ever faced – a quest for inner peace. But his retirement is interrupted by a galactic killer known as Gorr the God Butcher (Christian Bale ), who seeks the extinction of the gods. To combat the threat, Thor enlists the help of King Valkyrie (Tessa Thompson), Korg (Taika Waititi) and ex-girlfriend Jane Foster (Natalie Portman), who – to Thor’s surprise – inexplicably wields his magical hammer, Mjolnir, as the Mighty Thor. Together, they embark upon a harrowing cosmic adventure to uncover the mystery of the God Butcher’s vengeance and stop him before it’s too late. “

The film is being directed by Waititi and will star Chris Hemsworth as the titular character, Tessa Thompson as Valkyrie, Natalie Portman as Jane Foster / Mighty Thor, Russell Crowe as Zeus, Jaimie Alexander as Lady Sif, Chris Pratt as Peter Quill / Star Lord , Sean Gunn as Kraglin, Dave Bautista as Drax the Destroyer, Karen Gillan as Nebula and Christian Bale as Gorr the God Butcher. In addition to directing, Waititi will also be reprising his role as Korg. Thor: Love and Thunder hits theaters on July 8th 2022!

What do you think about Bryce Dallas Howard playing the Invisible Woman? Let us know in the comments below or by hitting up our writer @NateBrail on Twitter!