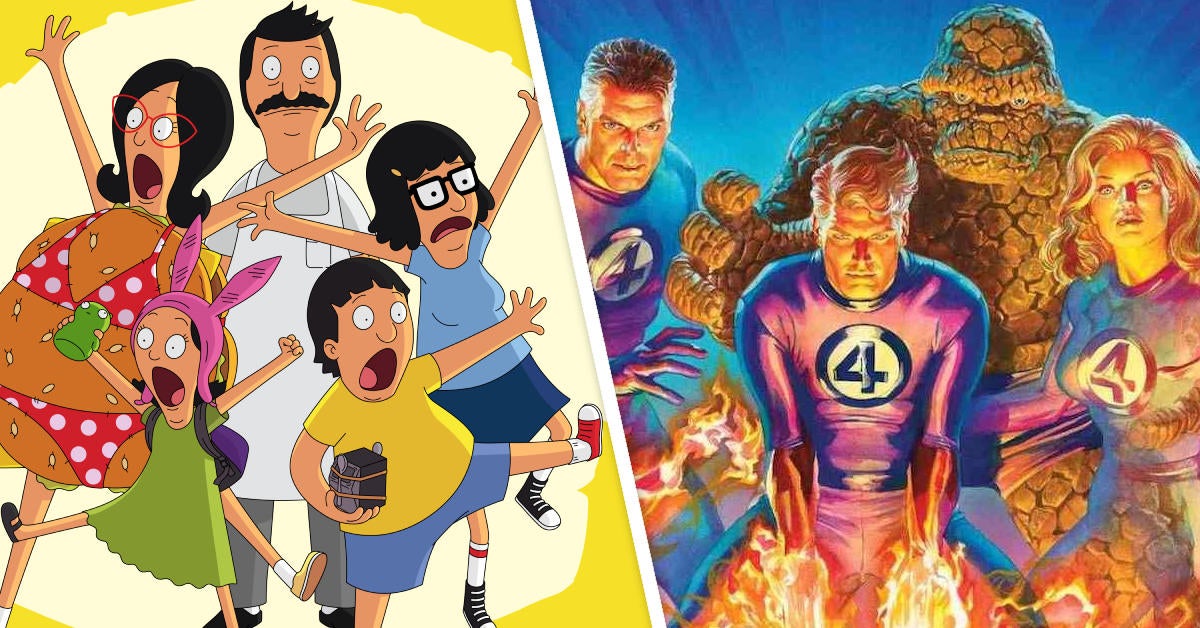 Thanks to the acquisition of 20th Century Fox by Disney several years ago, a number of surprising pop-culture brands are now under the Disney umbrella. Among them are Marvel’s Fantastic Four, as well as the beloved animated series Bob’s Burgers – and a new string of fanart combines them pretty perfectly. A piece of art from Twitter user @jurassictodd reimagined the Bob’s Burgers characters as members of the Fantastic Four, with Bob Belcher as Reed Richards / Mister Fantastic, Linda Belcher as Sue Storm / The Invisible Woman, Gene Belcher as Johnny Storm / Human Torch, Teddy as Ben Grimm / The Thing, Tina Belcher as HERBIE, and Louise Belcher as The Impossible Man.

Added them in isolation censuses I’m pretty happy with how they turned out. Especially The Teddy, who I attempted to model after Frank Giacoia’s inks over Kirby. pic.twitter.com/w1UnTBOTmr

They subsequently took to Twitter to imagine two of Bob’s Burgers‘villains as Fantastic Four foes, with Jimmy Pesto as Doctor Doom and Trev as The Molecule.

Disney’s plans for the Fantastic Four have recently been in the headlines, after John Krasinski briefly portrayed Reed Richards in the recent Doctor Strange in the Multiverse of Madness. While Marvel previously announced plans for a new Fantastic Four film, the project does not have a director at the moment, following the departure of Jon Watts.

“I can not confirm or deny any specifics of that stuff yet,” Doctor Strange in the Multiverse of Madness writer Michael Waldron told ComicBook.com of the properties’ potential reboots in the MCU. “But I mean, I try not to think of it as me being the one, introducing them. We’re all doing it together. Everybody in that sequence, it’s a collaboration with [director] Sam [Raimi]of course, [and] with the actors. I’m just trying to give them a great foundation, to come in and bring this stuff to life. And geez, they all knocked it out of the park. “

“You know, I think we first mentioned it, or the Ancient One mentions it in Doctor Strange 1 when she’s taking Stephen Strange through that mind-warping journey. It was always one of the most powerful storytelling tools in comics, “Marvel Studios president Kevin Feige previously explained to Collider. “One you have to wield carefully because it can get overwhelming, but now also one with the 20-plus history of the movies there are enough characters we can start playing with it that way. We mention it, obviously, as part of Mysterio’s ruse in Far From Home. I think the toys that were added to that toybox increased with that Fox acquisition, but it did not change the timetable on when we were introducing the idea of ​​the multiverse. “

What do you think of this Bob’s Burgers / Fantastic Four mashup fanart? Share your thoughts with us in the comments below!