Lucasfilm is putting a lot of focus on The High Republic era, and ahead of The Acolyte‘s release on Disney +, Marvel Comics is set to launch two more series set in the years before The Phantom Menace…

At Star Wars Celebration this week, fans in attendance received a thrilling first look at what’s to come in “Phase II” of Star Wars: The High Republic. The well-received publishing initiative is set to begin an all-new era of interconnected stories told across a wide range of novels, children’s books, and comics, and we have a first look at the latter right here.

Launching in October, Star Wars: The High Republic # 1 will see writer Cavan Scott and artist Ario Anindito reunite after their successful run on Volume One. Set 150 years before Phase 1, Phase II of The High Republic era will center around Jedha, a planet rich in its connection to the Force and the focus of every major faith in the galaxy. We’re sure you’ll remember that planet from Rogue One: A Star Wars Story.

The flagship series will also introduce Jedi Vildar Mac, who arrives as Jedha’s fragile peace begins to crumble and a nameless terror arrives.

Writer Charles Soule, meanwhile, will team up with artist Marco Castiello for Star Wars: The High Republic – The Blade # 1. The four-issue limited series will explore the mysterious backstory of Porter Engle, the Jedi-turned-cook also known as the Blade of Bardotta.

Take a look at the covers for both comics below and keep checking SFFGazette.com for updates! 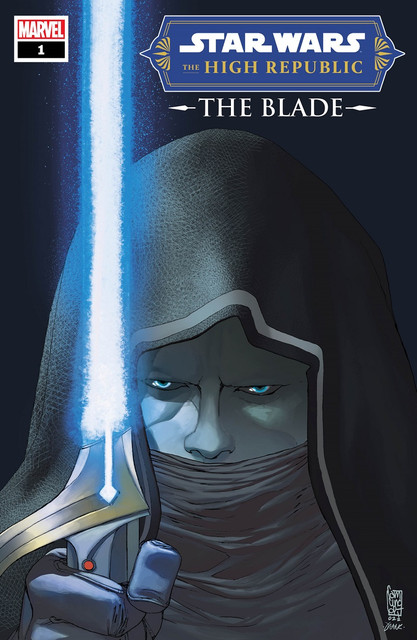