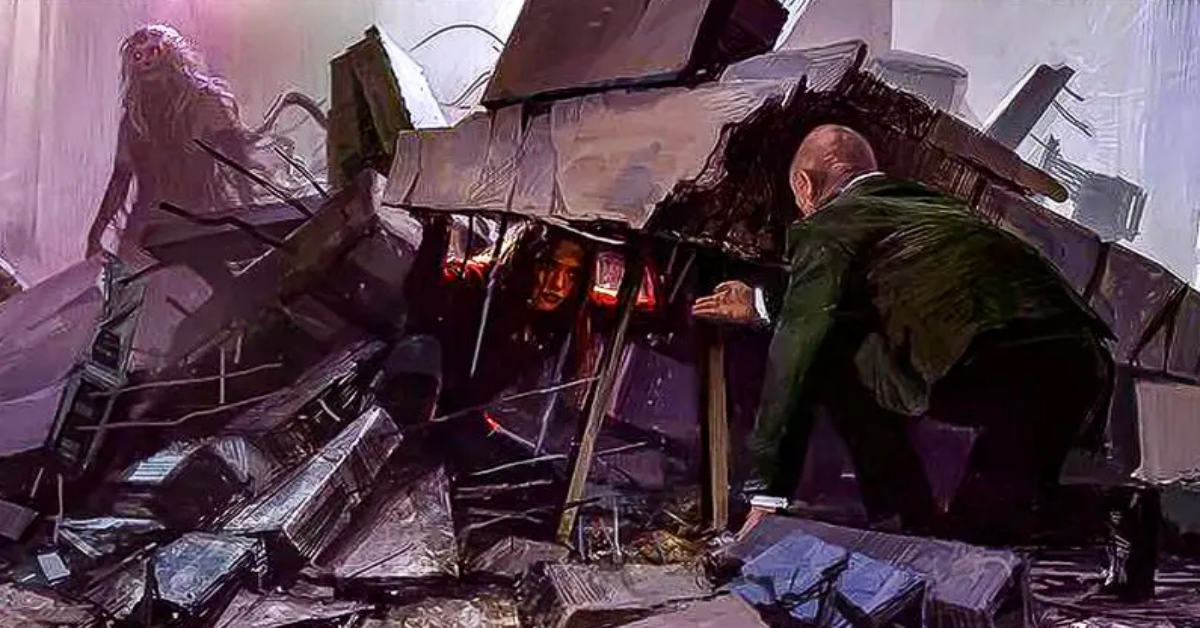 Warning: this story contains spoilers for Doctor Strange in the Multiverse of Madness. “Wanda Maximoff, your mind is being held hostage by your alternate self. “Those are the last words of Professor Xavier (Patrick Stewart), the mutant leader of the X-Men, in Doctor Strange 2. When the Scarlet Witch (Elizabeth Olsen) dreamwalks across the Multiverse, it’s to inhabit the body of the Wanda Maximoff of Earth-838 – the mother of WandaVision twin sons Billy (Julian Hilliard) and Tommy Maximoff (Jett Klyne). The psychic Charles Xavier probes the possessed mind of 838-Wanda, only to suffer Scarlet Witch’s wrath: she snaps Professor X’s neck, killing him instantly.

“This was an intense moment to portray,” Mandradjiev wrote on Instagram. “There was a dreamy quality that I was searching for, a nightmare stuck in a loop.” See the concept art below.

“There was always the notion of her as part of the ensemble and this discussion of, ‘Does she go bad at the end [of Doctor Strange 2]? ‘”screenwriter Michael Waldron previously told TheWrap of Wanda’s villainous turn post-WandaVision. “I mean, it’s always been in the cards because it’s who the character is in the comics, building to [comic book storyline] House of M and all that stuff, there’s Wanda descending into madness. ”

In the Marvel comic books, the disappearance of Wanda’s children takes her down a dark path in the Darker than Scarlet storyline of Avengers West Coast. In the Marvel Cinematic Universe, Wanda’s descent into multiversal madness comes after breaking her spell over Westview – erasing the sitcom-perfect life she created with Vision (Paul Bettany) and their twin sons.

“We were excited about the idea of ​​making her the primary antagonist in the film because it felt like there was no stronger antagonist. And it felt like to have her as just a member of an ensemble only to turn bad at the end would actually be shortchanging both versions of that journey, “Waldron said. “You’d get maybe a lousy version of her fall from grace, and also maybe a lousy version of her being a villain, as opposed to the really fun version of her being the villain.”