Marvel Comics is set to fill in some of the gaps in Master Yoda’s history later this year in a comic book series that will feature stories set during The High Republic era, The Clone Wars, and more …

Announced during this weekend’s Star Wars Celebration in Anaheim, California, the iconic Jedi Master Yoda is finally set to star in his own Marvel Comics limited series this October.

Star Wars: Yoda is set to take place during Yoda’s self-imposed exile on Dagobah as he reflects on past adventures. The centuries-spanning saga will be divided into three arcs by three separate creative teams, each set during key moments in the Jedi Master’s long and legendary life.

New York Times bestselling author Cavan Scott and artist Nico Leon will kick things off with a story set during The High Republic era. They’ll be followed by writers Jody Houser and Marc Guggenheim and artists Luke Ross and Alessandro Miracolo with stories set right before the Prequel Trilogy and near the end of the Clone Wars. Finally, Scott and Leon will return to complete the saga in the final issue.

Interestingly, there’s no word on what that story will entail, so we’re hoping it will shed some light on what Yoda was up to during his exile (and why he, uh, started losing his mind).

“I’ve been lucky to write Yoda in various projects over the last few years, most notably in Dooku: Jedi Lost, and every time I write him my love for him deepens,” Scott reveals (via SFFGazette.com). “Yoda casts a long shadow over anything he appears in, and writing him is a privilege and a responsibility I take seriously.”

You can check out Phil Noto’s cover for Star Wars: Yoda # 1 below! We’ll keep you updated on the series as we get closer to its debut in comic book stores this October.
​​​ 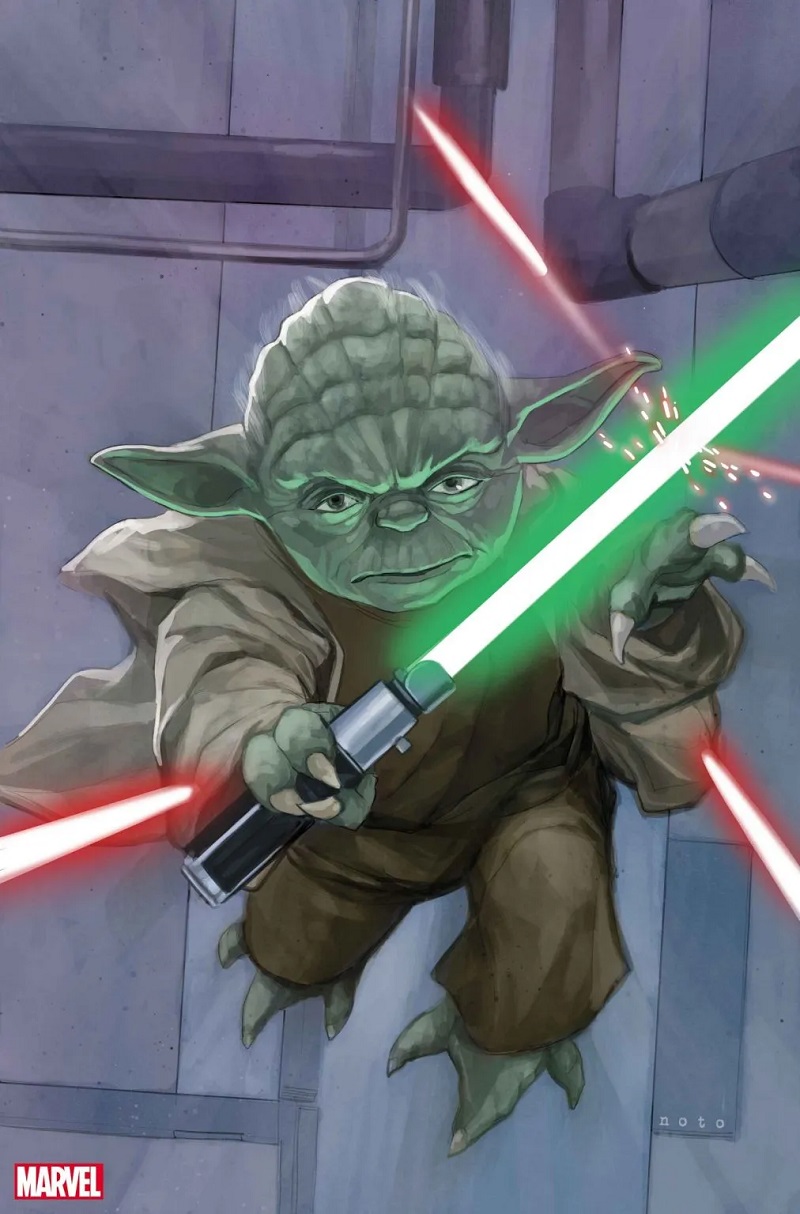