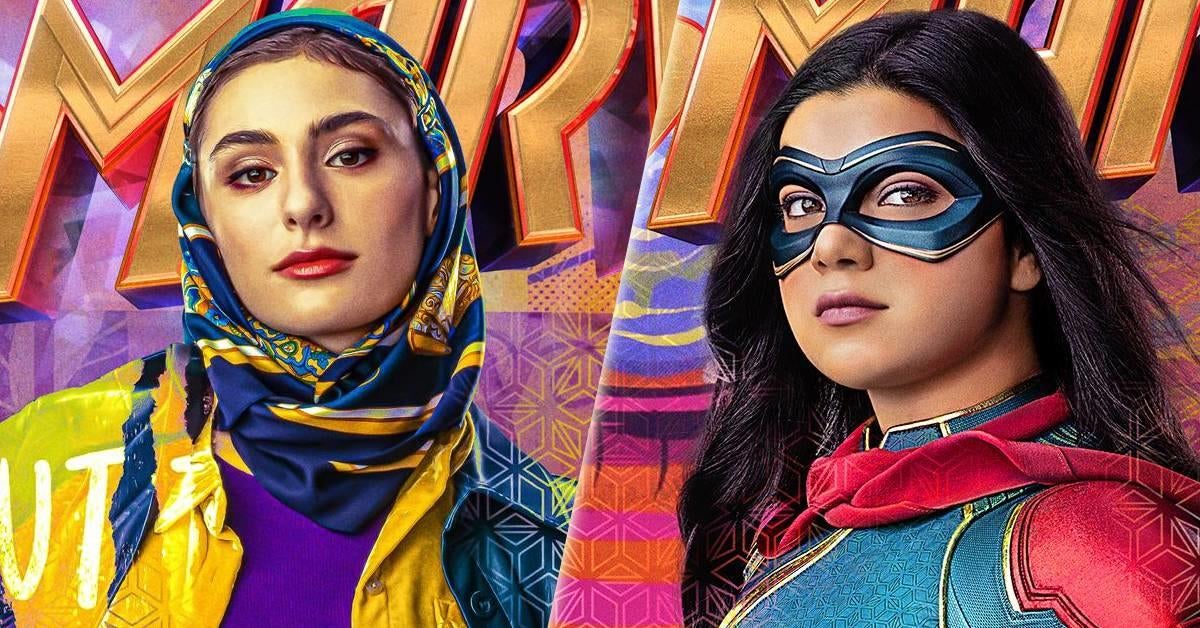 Ms. Marvel‘s Yasmeen Fletcher spoke out about Kamala’s friendship with Nakia in the Disney + show. The star was on the red carpet for the premiere in Los Angeles, California last night and talked to Variety about her bond with the newest MCU hero. When asked about working alongside Iman Vellani for the series, she said, “I love that girl, God, I’m so proud of her!” At one point in the interview she actually calls the young actress Kamala. (This lends further credence to the idea that Vellani really owns this role.) Fletcher actually says that it’s a unique depiction of female friendship on-screen. It’s not a competition between the two and they look our for each other. It’s a very supporting vibe when it comes to Kamala and Nakia. Check out the rest of her comments on the red carpet down below!

“I’m so lucky because the relationship we have in real life is so similar to Kamala and Nakia’s,” Fletcher began. “The way we poke at each other, but there for each other, no matter where we need it, no matter where we need to talk about. It’s a true, authentic teenage female friendship. And I love that in the show as well Because, I feel that sometimes when they show a friendship between two teenagers, it’s either dramatized or catty. It’s not this. Kamala and Nakia have so much true, genuine love for each other. So much support. They’re not afraid to be idiots around each other in the best way possible.Iman [Vellani] made that job so easy, and I could not imagine being the Nakia to anyone else. “

In talking to the Inquirer, co-creator Sana Amanat says that the book has been massive for so many young readers out there. They get to see themselves represented on the page and now on-screen in ways that they could never have dreamed of before.

“She’s grown so much in the last four years and the diversity of our fanbase alone is so impressive. They all love Ms. Marvel. It goes to show we have a really great story with great creators,” Amanat, shared. “I think it’s incredibly important that we tell young women and young girls that they have this incredible power within themselves, and that they have heroes out there [who] … they can look up to, especially in these times. “

How pumped are you for Ms. Marvel? Let us know down in the comments!