The showrunners for Ms. Marvelwhich is the latest superhero entrant in the MCU’s phase 4 line-up set to debut on June 8, joyfully revealed their eagerness to work with Bollywood’s megastar Shah Rukh Khan. 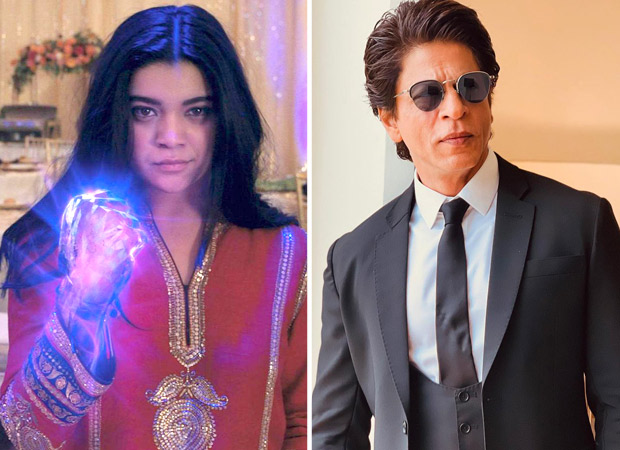 Ms. Marvel creators are ready to reshoot the Disney + series if Shah Rukh Khan wants to be in the show

The upcoming Disney + miniseries introduces Iman Vellani as Kamala Khan, a 16-year-old Pakistani-American Muslim from Jersey City fascinated by the Avengers, who looks up to Captain Marvel in particular, as she becomes imbued with other worldly powers. The series tells Kamala Khan’s superhero origins story and will set her big-screen debut in Brie Larson’s Captain Marvel sequel, The Marvels.

Ms. Marvel‘s comic writer Sana Amanat, and director duo Adil El Arbi, and Bilall Fallah revealed that they share one thing in common with their titular character – the love for Bollywood superstar Shah Rukh Khan. It was recently revealed that several of SRK’s notable films like Baazigarand Dilwale Dulhania Le Jayenge have been name-dropped in the upcoming show. In a recent interview with The Times of India, Amanat, who also serves as the co-producer for the series, was asked if fans should look out for SRK’s cameo at any point, the writer and producer joked that they would gladly film again and return to production just to include the megastar.

Adding to Amanat’s excitement, director Adil El Arbi jokingly said, “We would like to make a Bad Boys 3 remake with Shah Rukh Khan, “he said to which Sana suggested,” This will be the perfect pitch. “Bilall Fallah then added,” He is one of the biggest stars in the world, a legend. “

The duo directed the 2020 comedy Bad Boys for Lifethe third film in the Bad Boys franchise.

The three makers admitted that they were united by their love for SRK. Amanat further shared that Kamala’s love for the Indian superstar is rooted in the comics. “SRK, actually is from the comics. We have some Shah Rukh Khan mentions in the comics because it was linked to Kamala’s connectivity with Bollywood, and we just love him, “she said. Ms. Marvel is the first Muslim superhero series from Marvel Studios. The series also features Aramis Knight, Matt Lintz, Saagar Shaikh, Rish Shah, Mohan Kapoor and Yasmin Fletcher among others. Actors Farhan Akhtar and Fawad Khan will also reportedly appear on the show.