The recent successes of Doctor Strange 2, Shang Chi, The Eternals, and Spiderman: No Way Home have made it quite clear that Marvel has not lost its touch in Phase 4. It also seems that no matter what direction the MCU takes, it ‘ll always one-up the DCEU. DC has had recent successes with Joker, The Batman, and The Suicide Squad.

However, these films in no way compare to the popularity and excitement of the Marvel Cinematic Universe – especially with Thor: Love and Thunder set to make a big splash in movie theaters this summer. With all this in the fold, let’s now discuss three clever ways Marvel keeps beating DC at their own game.

Marvel movies continue to beat DC at their own game

In hit movies like Spiderman: No Way Home and Shang Chi, the stories have a strong build-up and provide a fresh new take to the superhero genre. In Phase 4, Marvel has taken a different route with it’s film as well. The grit, tenacity, and crazy plot twists have made each film even more worthwhile than the last. Marvel’s continued commitment to changing the narrative and avoiding overly generic storylines has given them a leg-up on DC.

During Doctor Strange in the Multiverse of Madness and The Eternals we saw the heroes become the main villains by film’s end. This is a fun new take that’s worked over the course of their past few films and seems like a fun new trend. Granted, Scarlett Witch was a twist and a slow build that could have been seen coming after the events of WandaVision. On the flipside, it did come as a bit of a surprise to see her relentless turn in the MCU whereas Ikaris had turned evil over the course of one film.

Regardless, Marvel has taken different approaches to spice things up and give them a thrilling new avenue to explore. This is an area where DC has failed and it was seen in movies like Wonder Woman: 1984 and Batman vs. Superman. Whether it comes to pitting heroes against one another, banning together to fight a superior being, or even stopping the destruction of the world, Marvel has outlasted DC time and again on the big screen.

It goes without saying that the MCU has summoned roughly 90% of the biggest stars in the industry and this is another major reason behind their box office success with each film they make. If one’s things are true, it’s that Kevin Feige knows how to pick his stars. From Captain America and Iron Man to Spiderman and Captain Marvel, the castings have been spot on.

Not to mention the villains always add an extra layer of excitement. The intensity and suspense always keeps viewers on the edge of their seats. Which unfortunately has not been as much of the case in the DCEU. Josh Brolin’s Thanos and Michael B. Jordan’s Killmonger were absolutely menacing. Plus Christian Bale’s Gorr the God Butcher may wind being the scariest bad guy Marvel’s seen to date.

Sure DC has A-list actors of their own with Robert Pattinson, Gal Gadot, Henry Cavill, Idris Elba, John Cena, and Jason Mamoa amongst many others in the mix. Unfortunately for them though, The Justice League still hasn’t gained enough traction to take over The Avengers and all the epics that have followed. Marvel’s All-Star castings have been far too good for DC to match wits with and it seems like this will continue to be the case. 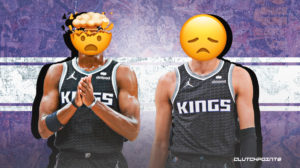