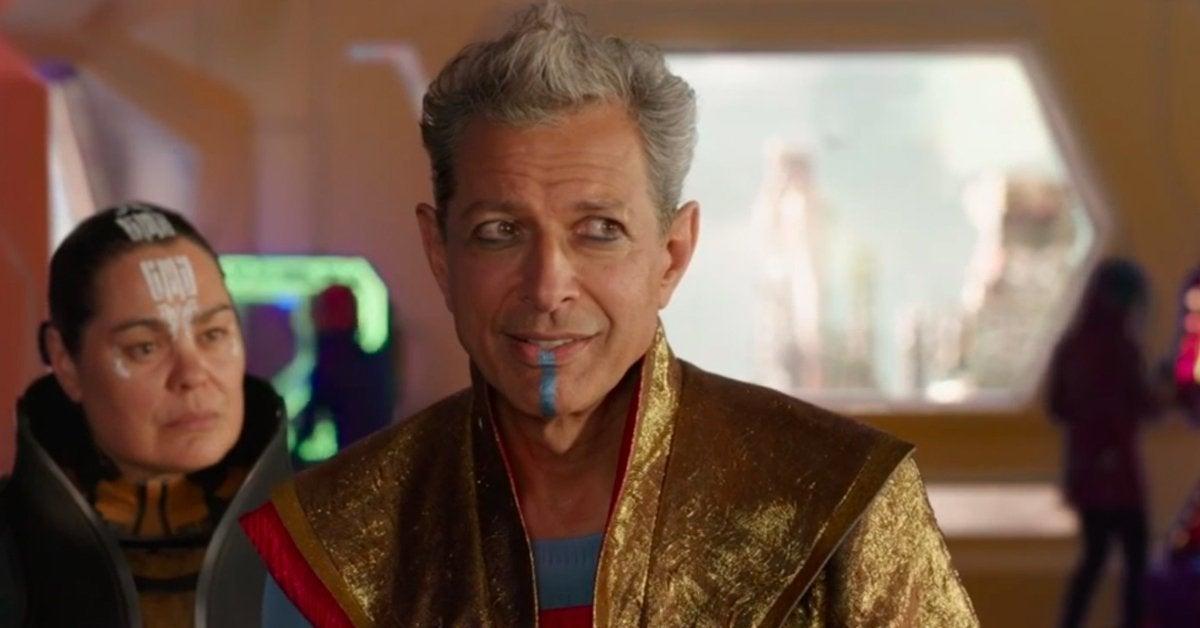 At one point, Thor: Love and Thunder was going to be a star-studded affair with the likes of Jeff Goldblum, Peter Dinklage, and Lena Headey appearing in cameo roles. Goldblum previously appeared in the Marvel Cinematic Universe as The Grandmaster in Thor: Ragnarokand a new piece of concept art teases the character’s reprisal in Thor: Love and Thunder.

The concept art shows Goldblum’s Elder wandering through his Sakaarian abode as a Jack Kirby-inspired worker tinkers with some gadgets. On the side, Korg’s disembodied head can be seen resting on the table. See the image, courtesy of concept artist Laurent Ben-Mimoun below.

If you’ve seen the film, you’ll by now the Grandmaster was nowhere to be found. Neither was Peter Dinklage’s Eitri, or Headey’s mysterious character. Taika Waititi previously said there simply wasn’t enough room in the film for their scenes.

“I wrote the thing so when you cut anything it’s a little bit of a challenge to yourself because you’re like, ‘Am I not that good? Should I have seen this coming?’ But every film I’ve done I’ve probably cut the same amount out. When you go into the edit you just never know,” Waititi told Insider. “A scene on its own could be the funniest thing or intriguing thing, but sometimes those things if you keep them in will just make the movie screech to a halt. So you have to do what’s best for the film.”

“If you ask any of those actors who were cut out – Jeff Goldblum, Lena Headey, Peter Dinklage – they all understand how it works,” the filmmaker added. “They have been in the game long enough. But that’s just the way I look at things.”

Thor: Love and Thunder is now in theatres.

What’d you think Thor: Love and Thunder? Let us know your thoughts either in the comments section or by hitting our writer @AdamBarnhardt up on Twitter to chat all things MCU!