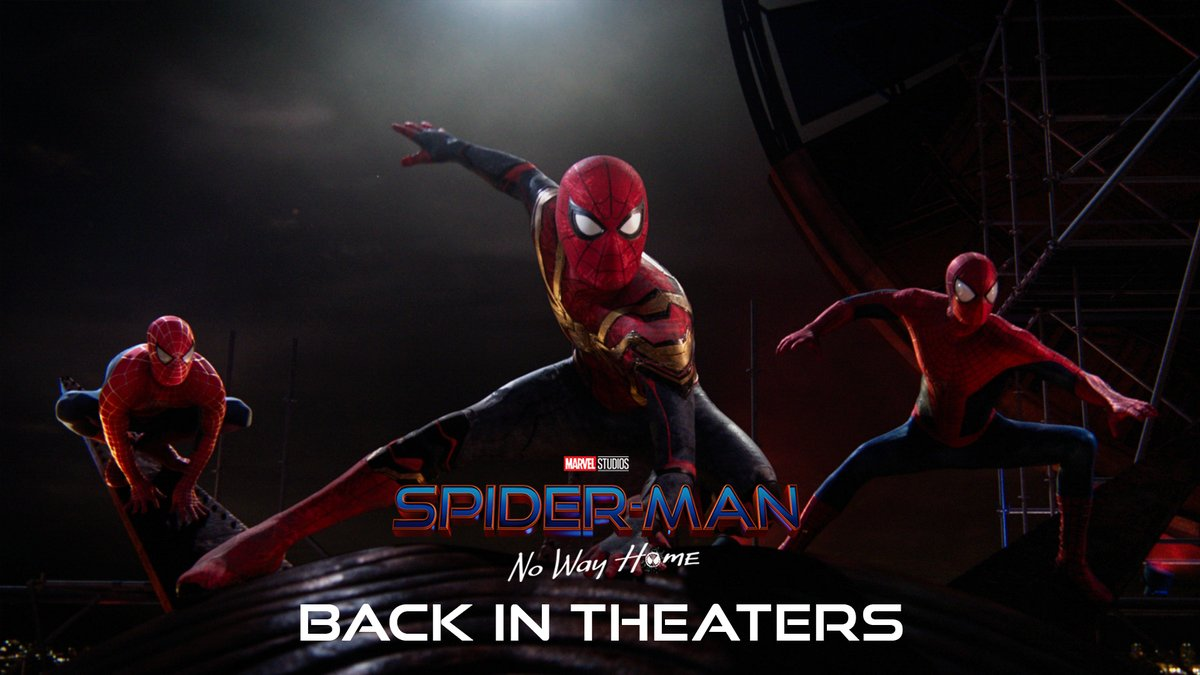 Nearly a year later Spider-Man: No Way Home first hit theaters, the record-setting blockbuster will return to exhibitors to drum up some extra cash for Sony heading into the holidays. Friday, the studio released another teaser for the picture, a clip featuring all three of the actors to play the character in live-action. In the teaser, Marvel Cinematic Universe mainstay Tom Holland is flanked on either side by Tobey Maguire and Andrew Garfield, the actors behind Sam Raimi’s trilogy and Marc Webb’s duology, respectively. The trio talks about their experiences acting as the character.

Upwards of 15 minutes worth of deleted scenes are set to be included in the extended cut, footage that wasn’t even included on the production’s home media release this past April.

“I’m a big fan of Tom and those movies and Andrew. So, it was definitely intriguing. But, yes, I was also going, ‘Well, what what are we going to do?’ And that was a bit mysterious,” Maguire previously remembered of the Spider-Man legacy. “I did appreciate what was shared. But, it was really about getting together with these people and revisiting what was part of my history and getting a chance to like come together.”

He added, “There are personal things too, which are kind of resolutions or a way to revisit and… I’m not quite sure how to put it. It’s just to get to get back into that and I don’t want to say like close the chapter… But revisit and have certain resolutions and just join in this loving creative spirit.”

Spider-Man: No Way Home is now streaming on STARZ while the More Fun Stuff version enters theaters on September 2nd.

Where do you want the MCU’s Spider-Man story to head next? Let us know your thoughts either in the comments section or bit hitting our writer @AdamBarnhardt up on Twitter to chat all things MCU!