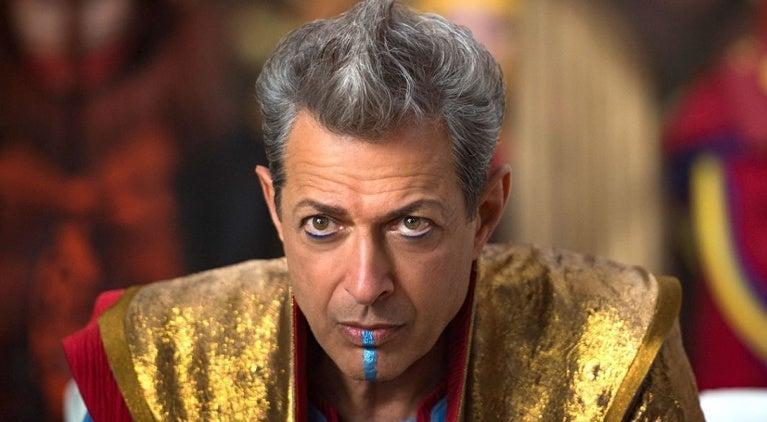 Ace Thor: Love and Thunder nears its Disney+ streaming launch date in just over a week, more concept art regarding some of the film’s deleted scenes have surfaced. Just days after Jeff Goldblum’s Grandmaster was seen sporting a vastly different look in concept art for the fourth film in the franchise, more teasers have surfaced.

The latest concept art comes from Marvel Studios visual development artist Yujin Choo, who shared a series of stills to her Instagram account over the weekend. In the look featuring The Grandmaster, the Elder of the Universe can be seen with what appears to be a robotic body, not unlike C-3PO of the Star Warss franchise.

Goldblum has appeared as the Grandmaster in just one Marvel Cinematic Universe, the character’s live-action debut in Thor: Ragnarok. The actor was seen to reprise his role in Love and Thunder, although he was cut from the final feature. Peter Dinklage’s Eitri was also seen to return and Game of Thrones star Lena Headey was also on board to make her Marvel debut, although both were also cut from the project.

“I wrote the thing so when you cut anything it’s a little bit of a challenge to yourself because you’re like, ‘Am I not that good? Should I have seen this coming?’ But every film I’ve done I’ve probably cut the same amount out. When you go into the edit you just never know,” Thor helmer Taika Waititi previously told Insider. “A scene on its own could be the funniest thing or intriguing thing, but sometimes those things if you keep them in will just make the movie screech to a halt. So you have to do what’s best for the film.”

“If you ask any of those actors who were cut out – Jeff Goldblum, Lena Headey, Peter Dinklage – they all understand how it works,” the filmmaker added. “They have been in the game long enough. But that’s just the way I look at things.”

Thor: Love and Thunder is now in theatres.

What’d you think Thor: Love and Thunder? Let us know your thoughts either in the comments section or by hitting our writer @AdamBarnhardt up on Twitter to chat all things MCU!