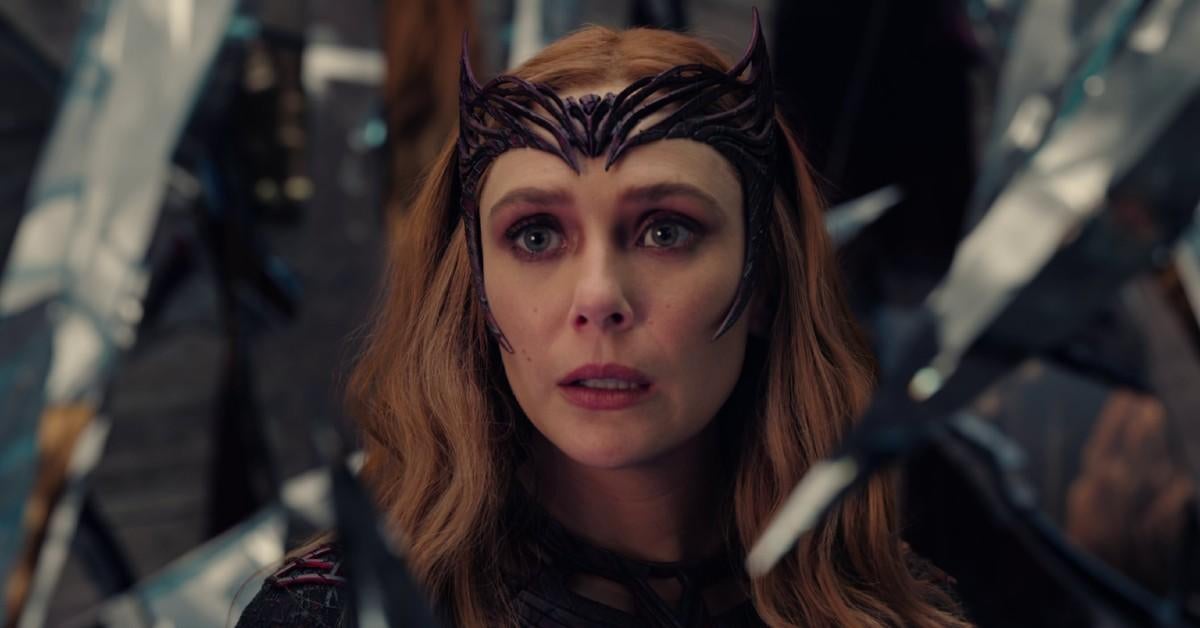 Few people in comics really ever stay dead. Within the Marvel Cinematic Universe, however, that doesn’t appear to be the case as filmmakers have often said deaths in their movies need to have meaning. After Wanda Maximoff (Elizabeth Olsen) sacrifices herself at the end of Doctor Strange in the Multiverse of Madness in an attempt to stop the corruption of the Darkhold, that inevitably means fans of the franchise may never see the character again.

According to two Madness writer Michael Waldron, not so fast with those thoughts. While he stopped short of teasing her return, the scribe in one recent interview she could just be done “for now.”

“She’s removing herself from the board… For now? Forever? We’ll see,” Waldron said in an interview with Empire. “I’d like to see her again…”

Rumors have run rampant about a potential solo Scarlet Witch project following up WandaVision and Multiverse of Madness, something Olsen previously told ComicBook.com she’d be down to star in.

“I think fans usually have the best ideas and I genuinely don’t know where we go from here and what the limitations are of the MCU because I don’t follow what their plans are,” Olsen explained. “I feel like the fans always know what the plans are, even when they’re not announced. And so, I don’t. I do have this image…. There are a few images in my head of, I think they’ re from ‘Witches Road,’ as she’s aging and decaying, while using her power and there’s something in that, this older woman, who’s aging from her power, that I’m interested in. And I don’t really know what that means , but I kind of would love to be old.”

Around the same time, she said in a stop on GMA she had no idea what her MCU future looked like.

“I would love to be a part of both of those,” she said on the morning show. “No one tells me anything, and I’m not even hiding a secret because I’m bad at that. I know nothing about my future.”

Doctor Strange in the Multiverse of Madness is now streaming on Disney+. What do you think about the sequel? Let us know your thoughts either in the comments section or by hitting our writer @AdamBarnhardt up on Twitter to chat all things MCU!