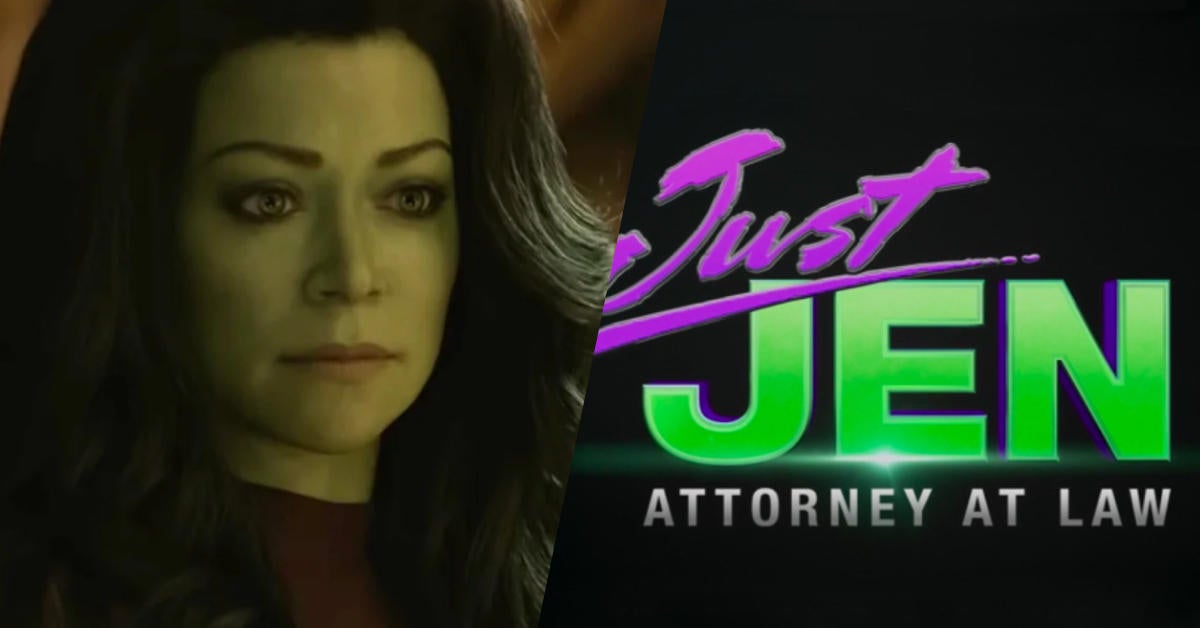 She-Hulk rolled out a new title card for Episode 6 of the Disney+ series. “Just Jen” gave the audience some time with the lawyer as the action mounts up for the finale. Her friend asked her not to attend her wedding as She-Hulk, so Jennifer Walters got the spotlight for most of the episode. The writers and creative team were ready to acknowledge that a lot of fans were probably looking forward to seeing Daredevil this week after that massive tease at the end of Episode 5. But, nope! A self-contained wedding episode that was themed around how weirdly-timed most nuptials end up being. Fans of the show seemed to enjoy Tatiana Maslany’s dancing at the reception and the threads of the show coming together. Meanwhile, there are some viewers who wonder where this is all going. You’ll probably find out in the weeks to come! Check out the new title card that the show’s account tweeted down below.

This week’s episode also featured a surprise with Mr. Immortal making his MCU debut. A previous conversation with Ginger Gonzaga alluded to the fact that there were other Marvel Comics heroes that would pop up in the series. Longtime comics fans were probably expecting The Wrecking Crew from the trailers along with LeapFrog. But, this particular Avenger seemed to come completely out of left field.

“The show is now definitely switching into what it looks like when you have petty, idiot supervillains and superheroes who are either antagonizing you or need to be represented by you,” Gonzaga said during the interview. “The thing about working in a superhuman law division is we can represent anyone, so we get comic book characters that haven’t entered the Marvel Universe yet, that you haven’t seen in any of the trailers. And you get to see the idiocy of the ridiculously fun superheroes who have legal trouble and may or may not listen to their attorneys. I’m really excited for people to see these guest stars that are in the comic books.”

Did you like this Jen-centric episode? Let us know down in the comments!