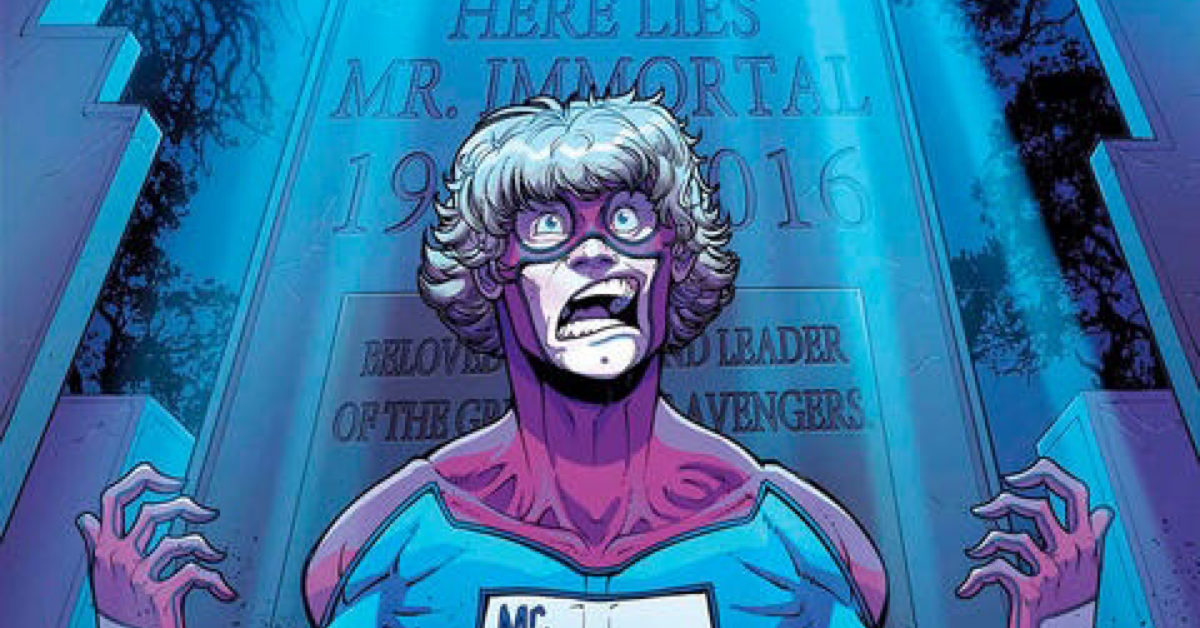 She-Hulk: Attorney at Law has brought some pretty outrageous characters into live-action including an Asgardian changeling that dupes men into believing they’re famous celebrities and now they’ve brought another character to life. During the latest episode of the series, Nikki and Mallory take on a very peculiar case while Jen is at a wedding. It turns out the defendant was being sued due to faking his death to get out of several marriages. The only caveat is that the character is Mr. Immortal, whose power is that he can revive himself after death. In the comics, Mr. Immortal is a very different character. He’s much younger and is the leader of the Green Lake Avengers. While the series decided to take a very different route with the character, it was probably the best route.

The character is described by Fandom’s Marvel Wiki as followed: “Mr. Immortal possessed the superhuman ability of immortality. Before his untimely death, his teammate and sometimes lover Dinah Soar was the only one able to calm him down when he was revived, as he was prone to fits of rage upon returning to life. This unique ability always gave him the courage to try daring, reckless life-endangering stunts and he was quite ready to sacrifice himself for the rest of the team. It also left him in frequent states of depression by having to watch his loved ones die around him. He discovered his ability after attempting suicide several times.”

What did you think about the latest episode? Let us know in the comments below or by hitting up our writer @NateBrail on Twitter!