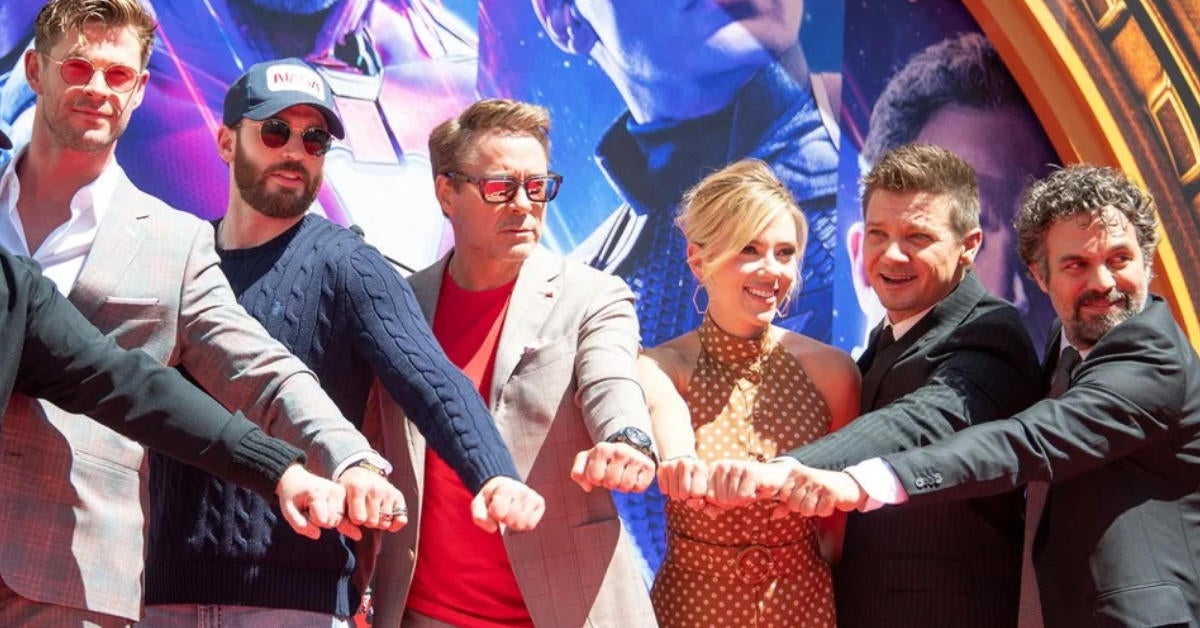 Chris Hemsworth is thinking about a reunion with his Marvel co-stars and that would be awesome. The Thor actor talked about the prospect of meeting up with Chris Evans, Mark Ruffalo, and Robert Downey Jr. on social media. For what it’s worth, the Hulk star would absolutely be down for a reunion. A fan posted a clip of all those Avengers singing “Hey Jude” together and it was a massive nostalgic moment for Twitter. Anything from these earlier days of the MCU usually does numbers. But, seeing one of the main actors sharing such a fun memory just ignites all that wistfulness for the entire team being together again. Other Marvel actors have joked that Evans is truly done and Downey makes it a point to keep that door closed. But, the Multiverse is a place we know frighteningly little about. Maybe, one day they’ll all stand together again.

The Thor star tweeted, “I thought we had this removed from the internet…but, maybe it’s time to get the band back together @ChrisEvans, @MarkRuffalo, @RobertDowneyJr thoughts?”

I thought we had this removed from the internet…but, maybe it’s time to get the band back together @ChrisEvans, @MarkRuffalo, @RobertDowneyJr thoughts? https://t.co/QnxLAXNIZF

What’s the possibility of an Avengers reunion?

Well, Hemsworth says he’s down to keep coming back to be Thor for a while, as long as there are good stories to be told. During a press conference for the movie, he talked about a prospective Thor 5.

“Each time, if the opportunity comes up and presents itself, I’m just open to whatever creative exploration can happen, thanks to different writers and directors and so on,” Hemsworth explained. “But I love playing the character, I really do. It always comes down to: ‘Is this script different to the last one? Are we repeating something?’ And when it becomes too familiar, I think that’s when I’d have to say, ‘Yeah, no …’ I’d like to exit before people tell me to exit.”

I think a smell a world tour. Let’s get this show on the road fellas! #AvengersAssembly

Marvel describes his latest adventure into the MCU: “Thor embarks on a journey unlike anything he’s ever faced — a quest for inner peace. However, his retirement gets interrupted by Gorr the God Butcher, a galactic killer who seeks the extinction of the gods . To combat the threat, Thor enlists the help of King Valkyrie, Korg and ex-girlfriend Jane Foster, who — to his surprise — inexplicably wields his magical hammer. Together, they set out on a harrowing cosmic adventure to uncover the mystery of the God Butcher’s vengeance.”

Do you want to see all the original Avengers come back for one more movie? Let us know down in the comments!